Freddie Gray’s fatally broken spine, while trundled up in a Baltimore police van and taken for a “rough ride” to hurtle him around and inflict pain, was just another case of an unarmed black man’s fate in modern America, except that a prosecutor finally took a stand against police brutality, writes Marjorie Cohn.

Once again, the nation watches as prosecutors deal with the killing of an unarmed black man.

“[The officers] failed to establish probable cause for Mr. Gray’s arrest as no crime had been committed by Mr. Gray . . . Accordingly, [he was] illegally arrested,” Baltimore state’s attorney Marilyn Mosby declared, as she announced the filing of criminal charges against the six officers implicated in Freddie Gray’s death. 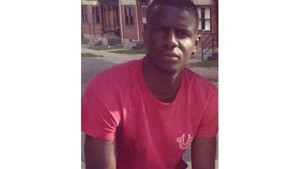 Gray made “eye contact” with Officer Brian Rice. Gray then ran from Rice, and Rice began chasing Gray. It was after Gray surrendered to Officers Garrett Miller and Edward Nero that Gray was taken on his fatal “rough ride.”

A “rough ride” is an unsanctioned technique that some officers use to injure arrestees without physically touching them with their hands or weapons. The driver typically takes intentionally rough or rapid turns around corners or makes sudden stops. Since the suspect is handcuffed, he is unable to brace himself so he falls forward, often bashing his head against the inside of the van.

Like so many African-American men before him in this country, Gray was guilty of nothing other than “walking while black.” In his case, Baltimore’s sordid history of racial and class oppression, combined with the war on drugs, made for a deadly combination.

“Probable cause was distorted by the drug war,” David Simon, creator of The Wire, said in an interview with Bill Keller. Set in Baltimore, the award-winning HBO series portrayed the conflict between the police and African Americans in the streets, in a compelling work of historical fiction.

“[T]he drug war was as much a function of class and social control as it was of racism,” Simon added. “The drug war gives everybody permission to do anything. It gives cops permission to stop anybody, to go in anyone’s pockets, to manufacture any lie when they get to district court.”

In short, under the guise of the war on drugs, Baltimore police have been harassing people for years. Simon added, “My own crew members [on The Wire] used to get picked up trying to come from the set at night . . . Driving while black . . . Charges were non-existent, or were dismissed en masse.”

Rothstein does not think the answer lies in improving the quality of the police. He recognizes the frustration of those who engage in violent protest, as they have been denied the opportunity to become part of mainstream society.

“When disadvantaged children are concentrated in separate schools, as they are in Baltimore, their disadvantages are exacerbated.” Rothstein found, “Baltimore, not at all uniquely, has experienced a century of public policy designed, consciously so, to segregate and impoverish its black population.”

The Supreme Court held in Illinois v. Wardlow that flight in a high-crime area may constitute reasonable suspicion for an officer to briefly detain an individual and determine whether there is evidence of criminal activity.

After Miller and Nero handcuffed Gray, they put him in a prone position with his arms handcuffed behind his back. Gray said he couldn’t breathe and requested an inhaler, “to no avail,” according to Mosby.

The officers found a legal pocketknife in Gray’s pocket. But instead of releasing Gray, they put him back on his stomach and restrained him with a “leg lace” while waiting for the police wagon to transport him.

Miller and Nero loaded Gray into the wagon, which Officer Caesar Goodson drove. At no time was Gray secured by a seatbelt, in violation of Baltimore Police Department (BPD) policy. At Baker Street, Rice, Nero and Miller placed handcuffs and leg shackles on Gray. They then placed Gray on his stomach in the wagon, head first.

“Following transport from Baker Street,” Mosby said, “Mr. Gray suffered a severe and critical neck injury as a result of being handcuffed, shackled by his feet and unrestrained inside of the BPD wagon.”

Goodson stopped to check on Gray but “at no point did he seek nor did he render any medical assistance for Mr. Gray.” At another stop, Goodson and Officer William Porter went to the back of the wagon to check on Gray, who requested help, said he couldn’t breathe, and twice requested a medic. “At no point did either [Goodson or Porter] restrain Mr. Gray per BPD general order nor did they render or request medical assistance.”

“Despite Mr. Gray’s obvious and recognized need for medical assistance, Officer Goodson in a grossly negligent manner chose to respond to the 1600 block of West North Avenue with Mr. Gray still unsecured by a seatbelt in the wagon without rendering to or summoning medical assistance for Mr. Gray.”

During still another stop, Officer Alicia White, Porter and Goodson “observed Mr. Gray unresponsive on the floor of the wagon.” White, who was “responsible for investigating two citizen complaints pertaining to Mr. Gray’s illegal arrest spoke to the back of Mr. Gray’s head. When he did not respond, she did nothing further despite the fact that she was advised that he needed a medic. She made no effort to look or assess or determine his condition.”

“Despite Mr. Gray’s seriously deteriorating medical condition, no medical assistance was rendered or summoned for Mr. Gray at that time by any officer,” Mosby added.

Goodson failed to restrain Gray with a seatbelt at least five different times.

“By the time [officers] attempted to remove Mr. Gray from the wagon, Mr. Gray was no longer breathing at all.” A medic, who “was finally called to the scene,” determined that Gray “was now in cardiac arrest and was critically and severely injured,” Mosby stated.

Gray was finally “rushed” to the hospital where he underwent surgery and died seven days later.

The Maryland Medical Examiner concluded Gray’s death was a homicide, “believed to be the result of a fatal injury that occurred when Mr. Gray was unrestrained by a seatbelt in the custody of the Baltimore Police Department wagon.”

Mosby described multiple stops during which Gray was never secured by a seatbelt or provided with medical care. Almost one hour passed before he received any medical attention. The state’s attorney charged six Baltimore police officers as follows:

In order to secure a conviction of second-degree depraved heart murder, which carries a maximum sentence of 30 years in prison, the prosecutor must prove that Goodson killed Gray by acting with a conscious and extreme disregard of a very high risk to Gray’s life. Taking Gray on a “rough ride” while he his arms and legs were immobilized caused his death.

Two other men from Baltimore, Jeffrey Alston and Dondi Johnson, became paralyzed after riding in police vans in two separate cases. Alston settled his lawsuit for $6 million in 2004. Goodson should thus have been on notice of the very high risk to Gray’s life from his “rough ride.”

Professor Alan Dershowitz doubts that prosecutors could secure a conviction of Goodson for second-degree depraved heart murder because “Nobody wanted this guy to die, nobody set out to kill him, and nobody intentionally murdered him.” If Dershowitz were to read the Maryland statute, he would learn that second-degree depraved heart murder does not require the intent to kill.

To be convicted of involuntary manslaughter, which carries a maximum of 10 years, Goodson, Porter, Rice and White must have unintentionally caused the death of Gray while doing a negligent act or negligently failing to perform a legal duty. Failing to secure Gray with a seatbelt and get medical assistance for him constituted negligent acts, which caused Gray’s death. The officers had a legal duty to protect a prisoner in their custody.

Second-degree assault, which also carries a maximum sentence of 10 years, requires that the officers caused physical harm to Gray as the result of an intentional or reckless act. Failing to secure Gray with a seatbelt and get him medical assistance constituted acts intended to hurt him, causing physical harm (death) to Gray.

Preliminary hearings are scheduled for May 27, but prosecutors have 30 days from the date of the filing of charges to seek a grand jury indictment. There is ample evidence to support the charges against these officers. But whether they are indicted by a grand jury, and if so, ultimately convicted, remains to be seen.

Gray’s family certainly has a good section 1983 civil rights lawsuit for violation of Gray’s Fourth Amendment right to be free from unreasonable search and seizure, and his Fifth Amendment right not to be deprived of his life or liberty without due process of law.

Sonja Sohn, who portrayed Detective Kima Greggs on The Wire, wrote in the New York Times, “there was a hopelessness on the streets of Baltimore that ran so deep that it seemed to have killed the spirit of the people.” She attributes the recent “violence” to a “public betrayal of trust” as well as “the culture of police brutality that was so pervasive that underserved Baltimoreans accepted it as a fact of life.”

When Mosby announced the charges against the officers who were complicit in Gray’s death, Sohn “sensed something lift. It is a break from the defeat I felt when I had to take a breather from my nonprofit [“ReWired for Change,” that served formerly incarcerated youth in Baltimore]. It’s a reprieve from the despair that I felt all those years ago, struggling to act in the reality of the Baltimore poor.”

The elation felt by hundreds of demonstrators in Baltimore was understandable. If the officers are indicted, they will be tried in a community in which the police have long enjoyed a culture of impunity. But Gray’s death took place in the context of killings of several unarmed black men, including Michael Brown and Eric Garner, by police in high-profile cases around the country.

This may give jurors pause when they consider whether the officers in Gray’s case could have committed these crimes.

Marjorie Cohn is a criminal defense attorney, professor at Thomas Jefferson School of Law, and past president of the National Lawyers Guild. She is co-author of Cameras in the Courtroom: Television and the Pursuit of Justice.

← Might Israel Ever Surrender Its Nukes?
The Inhuman Failure of ‘Austerity’ →