The Washington Redskins football team makes millions of dollars on merchandise under the U.S. government’s trademark of the name, a revenue flow now threatened by a decision to revoke the protection on grounds of racism, an action that the ACLU has chosen to fight on First Amendment grounds, notes Nat Parry.

The American Civil Liberties Union has weighed in on the debate over the U.S. Patent and Trademark Office’s decision to cancel the trademark for the Washington Redskins franchise on the grounds that it is disparaging to Native Americans. Unfortunately though, the group has taken an overly legalistic, narrow and absolutist approach to the controversy that is also somewhat disingenuous.

Although the ACLU has called on the Washington team to change its name due to the clearly outdated and inherently racist nature of the “Redskins” team name and mascot, the organization criticizes the government’s decision to revoke the trademark, noting in an amicus brief filed last week on behalf of the Redskins that the law cited by the government in canceling the trademark the Lanham Act is unconstitutional because it “not only condones but mandates viewpoint-based discrimination in the provision of trademark registration.” 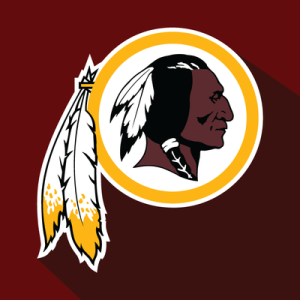 Section 2(a) of the Lanham Act prohibits the registration of any trademark that is considered immoral, scandalous or disparaging to any persons, institutions, beliefs or national symbols. But according to the ACLU, “by authorizing the government to deny registration of certain marks because of a viewpoint-based determination about the character of expressive speech, Section 2(a) violates the First Amendment.”

The group cites the 1989 decision in Texas v. Johnson, which held that “If there is a bedrock principle underlying the First Amendment, it is that the government may not prohibit the expression of an idea simply because society finds the idea itself offensive or disagreeable.”

One obvious problem with the ACLU’s position is that there is no prohibition of speech taking place. The cancellation of the Redskins’ trademark registration does not prohibit the franchise from using this racist slur in its merchandising, it simply denies the franchise the government’s legal stamp of approval for the brand, which at worst might affect the team’s marketing strategy but in no way fundamentally “abridges the freedom of speech,” as stated in the First Amendment.

In other words, no one is prohibited from using the slur, it’s just that the Department of Commerce will no longer sanction this offensive speech and enable the franchise to profit off of the disparagement of an entire race of people.

Another problem with the ACLU’s position is that the group’s entire argument is based on the premise that the government is simply making a subjective “viewpoint-based determination” on what is considered disparaging speech. In fact, the ACLU argues that “the plain language of Section 2(a)requires viewpoint discrimination” because it prohibits registration if the mark “[c]onsists of or comprises immoral, deceptive, or scandalous matter; or matter which may disparage or falsely suggest a connection with persons, living or dead, institutions, beliefs, or national symbols, or bring them into contempt, or disrepute.”

This language, according to the ACLU, unconstitutionally empowers the government to impose its own viewpoint to discriminate against disfavored groups promoting speech that the government has unilaterally determined to be disparaging. The problem with this view is that it is not some monolithic and unaccountable entity known as “the government” simply making this determination out of whole cloth, but rather, the overwhelming views of the affected communities namely the Native Americans who raised the objections to the trademark in the first place.

In presenting their case against the trademark, the Native American petitioners laid out two categories of evidence to prove that the term Redskins, even when considered solely as used with football, was disparaging: 1) a general analysis of the word; and 2) the specific views of the referenced group.

After 22 years of litigation, the Trademark Trial and Appeal Board finally determined that the petitioners were correct that the trademark registrations must be cancelled because they were disparaging to Native Americans at the respective times they were registered.

As the TTAB explained in its decision, issued June 18, 2014, “In deciding whether the term ‘redskins’ may disparage Native Americans, we look not to the American public as a whole, but to the views of the referenced group (i.e., Native Americans).” At trial, one of the plaintiffs, Jillian Pappan, testified that as a Native American, she views the use of the term “redskin” as analogous to the term “nigger,” and argued that people should not profit by dehumanizing Native Americans.

The Board also examined the evidence that most directly reflects the sentiments of Native Americans. In its opinion, the TTAB wrote, “concerning the general analysis of the word, we focus on the testimony and reports provided by the parties’ respective experts, dictionary definitions and reference books. For the specific views of Native Americans, we focus on the National Congress of American Indians’ (‘NCAI’) 1993 Resolution 93- 11, the deposition of NCAI Executive Director, Ms. JoAnn Chase, the deposition of Harold Martin Gross, and various newspaper articles, reports, official records and letters.”

The TTAB’s opinion noted that an examination of dictionary definitions of the word “redskin” over several decades “shows a clear trend beginning in 1966 to label this term as offensive and by 1986 the dictionaries are unanimous” in describing the word as offensive and/or disparaging. In response to the claims that many people generally do not view the word as offensive, the TTAB retorts that this view pertains to general “American culture” rather than to the Native American viewpoint, and is thus irrelevant to the question at hand.

This Native American viewpoint was most clearly articulated by the NCAI, which as the TTAB noted, is “the oldest and largest intertribal organization nationwide representative of and advocate for national, regional, and local tribal concerns.”

In 1993, the NCAI passed a resolution calling for the cancellation of the Washington Redskins trademark, noting inter alia, that “[T]he term REDSKINS is not and has never been one of honor or respect, but instead, it has always been and continues to be a pejorative, derogatory, denigrating, offensive, scandalous, contemptuous, disreputable, disparaging and racist designation for Native Americans.”

Considering these citations and references, any fair reading of the TTAB’s opinion would not support the ACLU’s claims that the decision to cancel the Redskins trademark was simply a “viewpoint-based determination” made by the government, but rather a carefully considered determination based on verifiable facts and objective reality.

It is therefore rather astounding and disappointing that the ACLU would take this absolutist free-speech position which essentially holds that the government must not only allow racist speech but proactively provide trademarks in order to enable the profiting off of language that is inherently offensive to entire communities.

One wonders how the argument might go if a new NFL expansion team decided that it wanted to call itself the Niggers and use an emblem of an African-American on the helmet, and demanded that the government issue a trademark for this inherently offensive mascot. Would the ACLU insist that the government give its stamp of approval to this name, and grant a trademark so that the franchise owner can make millions of dollars while disparaging a whole race of people?

It is hard to say for sure, but perhaps for the sake of consistency, the ACLU would in fact take this position, which would be just as indefensible as the position it is taking in the Redskins trademark dispute. As the ACLU itself has stated, “’Redskin’ is a vile name. It’s a name that people who hate American Indians often call them.”

Nat Parry is the co-author of Neck Deep: The Disastrous Presidency of George W. Bush.

← The Illogic of Netanyahu’s Speech
A Dangerous CIA ‘Reform’ →