The hypocrisy of American journalism knows no bounds, punishing individual journalists for personal failings but giving a pass on major abuses like pimping for the Iraq War. Thus, NBC’s Brian Williams was suspended for a personal falsehood not for failing to challenge government lies, notes Gerald Celente.

NBC’s Brian Williams has come under vicious attack by fellow journalists, competing networks, editorial writers and media pundits for exaggerating the dangers he faced as an embedded reporter with the U.S. military in the first days of the Iraq War.

Apologizing for twisting the facts, Williams said it was a “bungled attempt by me to thank one special veteran, and by extension, our brave military men and women, veterans everywhere, those who served while I did not.” 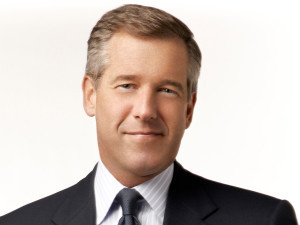 Although he did not serve in the military, Williams has served as a loyal foot soldier who dutifully carried out orders to sell the Iraq War and all the wars on terror before and since. And while the All-American Nightly News anchor now has become a target for his two-faced deceptions, Williams merely shared the primetime stage with a host of fellow presstitutes who peddled, and continue to peddle, Washington’s warmongering propaganda.

In his book, What Happened: Inside the Bush White House and Washington’s Culture of Deception, former White House Press Secretary Scott McClellan said President George W. Bush was not “open and forthright on Iraq,” and that Bush used “propaganda” to sell the war.

From Vice President Dick Cheney’s pre-war pitch that “Saddam Hussein now has weapons of mass destruction,” and is “amassing them to use against us,” to Defense Secretary Donald Rumsfeld’s assertion that “We know where they are,” the White House told the lies and Williams and the rest of the mainstream media swore to them.

“There was such a significant march to war, and people who questioned it very early on, and really as the war progressed, were considered unpatriotic,’ said former Today Show host Katie Couric.

Complaining of “strong-arm tactics,” and “a lot of pressure from the Bush White House,” Couric also said, “There was a sense, a pressure from the corporations who own where we work, and from government itself, to really squash any kind of dissent.”

Bowing to “pressure,” from those who not only “own where we work,” but own who they are, doing her part to glamorize the murderous violence when the war broke out, Couric cheered, “I just want you to know I think Navy SEALS rock.”

When Jessica Yellin was an MSNBC correspondent, pieces critical of the war were toned down or kept in check by higher-ups. “The press corps was under enormous pressure from corporate executives, frankly, to make sure this was a war that was presented in a way that was consistent with the patriotic fervor in the nation. The higher the President’s ratings, the more pressure I had from news executives to put on positive stories about the president,” Yellin said.

“I was in Kuwait for the buildup of the war,” said NBC’s Williams, who helped sell “Operation Iraqi Freedom” back then, “and yes, we heard from the Pentagon on my cell phone the minute they heard us report something that they didn’t like.”

“The tone of that time was quite extraordinary,” added Williams, who continually brags about the military and never stopped spreading pro-war propaganda.

These are the facts; those are just some the quotes. American media is a corporate house of whores. Presstitutes lacking dignity, courage and self-respect they are traitors of the Fourth Estate; double agents, they pretend to serve as protectors of freedom of speech and liberty while they get in bed with Big Brother and do his dirty work.

When McClellan’s book was released in 2008, the media slimed away from their role in selling a war based on lies that has since resulted in the slaughter of over 1 million, the destruction of an entire nation and the destabilization of the region , fertilizing the breeding ground for terror, hate and revenge now called ISIS.

Focusing on why McClellan would write an unflattering book about his former boss, the press ignored McClellan’s serious accusations: President Bush used “propaganda,” “half-truths,” and “outright lies” “that almost guaranteed that the use of force would become the only feasible option,” and that “the media would serve as complicit enablers.”

True to form, in his comments about the book, Howard Kurtz, former host of Reliable Sources, a TV show of self-exalted media elites who tell viewers what to believe, weaseled away from the critical points of how the Iraq War was launched on “outright lies,” who was responsible for telling them, and the criminal implications.

“The media love turncoats, if only to chronicle the teeth-gnashing among the defector’s old pals,” said Kurtz, with nary a mea culpa for the media’s complicity as cheerleaders to war.

Weighing in on the Williams scandal, Kurtz, now a Fox News media analyst, further proved that the bottom line with presstitutes is the bottom line. “NBC,” said Kurtz, “almost has to stand behind Brian Williams because he is the face of the news division. He is the top-rated anchor. He is a bankable star. He’s almost too big to fail.”

Indeed, “the face of a news division” whose lying face perfectly reflects what NBC and the rest of the mainstream media have become: shills, sellouts, and media whores who put out for government lies, fold under pressure, and follow the orders of their corporate Johns. Afghanistan, Iraq, Libya, Syria, Yemen, Ukraine ISIS, Al Qaeda, lone-wolf terrorists to terror cells Washington keeps pumping out the propaganda, the presstitutes keep on selling it, and the public buys it.

Brian Williams, “a bankable star too big to fail” who, like “bankable” Wall Street criminals that are too big to fail and too big to jail, are perfect symbols of what America has degenerated to.

Crime pays for the highly paid.

Gerald Celente is the editor and publisher of Trends Journal, in publication since 1980, where this article originally appeared.