American interventions in Haiti are often sold as paternalistic charity for a basket-case country, but the U.S. interference has often done more harm than good for the impoverished nation where two lawyers have tried to a different approach, building human rights, writes Marjorie Cohn.

Haiti is one of the poorest countries in the world. It has suffered a devastating earthquake followed by a deadly cholera epidemic, both set in the backdrop of a history of oppression by corrupt rulers and foreign exploitation. In spite of incredible challenges, two intrepid human rights attorneys one Haitian and one American have worked diligently to vindicate the rights of the people of Haiti, with some notable successes.

Fran Quigley’s important book, How Human Rights Can Build Haiti, tells the story of Mario Joseph and Brian Concannon, whose Bureau des Avocats Internationaux (BAI) has given hope to untold numbers of Haitians. They opt for a “bottom-up” rather than a “top-down” approach. 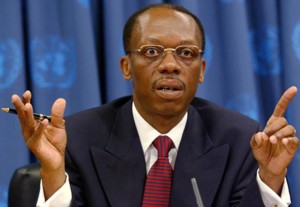 Their preference is to help to empower the Haitian people to make change themselves, instead of relying on outside groups particularly the United States and non-governmental organizations (NGOs) which establish “rule of law programs” and provide charity, generally with strings attached.

Often called the leading human rights lawyer in Haiti, Mario Joseph is president of BAI. “We had an earthquake, yes, but far too many people died in this earthquake. And that is because we in Haiti have no respect for the rule of law,” he says, attributing the deaths to poorly built homes crowded onto steep hillsides. It is estimated that more than 200,000 were killed, 300,000 were injured, and two million were rendered homeless by the earthquake.

Joseph has developed a reputation in Haiti as a fearless advocate, in the face of numerous death threats. While court proceedings take place in French, Joseph speaks Creole so his clients can understand the proceedings. “The justice system is unaffordable for the people of Haiti,” Joseph observes, “but if you are rich or important and your rights are not respected, you can find justice. Conversely, if you are powerful and you abuse human rights, you can find ways to avoid the consequences of your actions.”

Joseph’s counterpart in the United States is Brian Concannon, who directs the Institute for Justice and Democracy in Haiti (IJDH) in Boston. Concannon, also fluent in Creole, worked in Haiti for nine years, including the successful case he and Joseph filed after the Raboteau massacre. Concannon returned to the United States and founded IJDH, BAI’s sister organization in 2004. Known as a “tireless worker who makes the transition from human rights lawyer to political strategist to movement organizer as the needs of the Haitian dictate,” Concannon has developed a reputation with congresspersons, who “clearly look to him as the definitive voice on Haiti justice issues,” according to Nicole Lee, former BAI lawyer, now executive director for TransAfrica Forum.

A legacy of exploitation

Quigley outlines Haiti’s tragic history, starting with the occupation by the United States in 1915. After occupying Cuba and Puerto Rico, the United States sent Marines to invade Haiti, the only nation born from a successful slave rebellion. The United States declared martial law, seized control of the treasury, and arrested the editors of a newspaper critical of U.S. actions. Haitian opposition to the U.S. occupation grew for the next 20 years, and in 1934, the Marines left Haiti.

Haitian President Francois “Papa Doc” Duvalier exploited the bitterness of the people of Haiti about U.S. domination. But his anti-communism endeared him to the United States and led to U.S. endorsement of his presidential campaign and his successful election in 1956. For the next 30 years, Papa Doc presided over a reign a terror in Haiti, backed by the United States. U.S. support continued during the oppressive tenure of Papa Doc’s son, Jean-Claude Duvalier (“Baby Doc”).

Haiti’s fragile economy was further weakened by the neoliberal “structural adjustment” program foisted upon it by its international creditors, including the International Monetary Bank. Wages and social services were kept at a minimal level as taxes and tariffs were lifted. By 1986, 300 U.S. corporations were located in Haiti. People migrated from the countryside to seek low-wage jobs in the city.

In 1990, Jean-Bertrand Aristide became Haiti’s first democratically elected president, winning more than 67 percent of the vote and defeating a neoliberal former World Bank official. When Aristide attempted to reverse the neoliberal policies foisted on Haiti, the United States strongly resisted. Less than one year later, Aristide was ousted by officers of the Haitian army who had been trained at the U.S. School of the Americas and/or were on the CIA payroll.

President Bill Clinton helped restore Aristide to power only after the Haitian president promised to cut government programs for the poor and lower tariffs on food. Clinton regrets that condition to this day. The United States also blocked a $146 million loan to Haiti from the Inter-American Development Bank, money earmarked to improve the water infrastructure system. That move would prove to have devastating consequences in the cholera outbreak in 2010.

In 2004, Aristide was forced to leave Haiti in what many thought was a kidnapping by U.S. Army Special Forces as part of a U.S.-backed coup d’etat. The Bush administration then saw to it that Aristide’s progressive policies were reversed.

After the 2004 coup, Haiti descended into lawlessness as the coup government instituted a system of repression with torture, disappearances, summary arrests and executions, rape and drug trafficking. Only a tiny fraction of those in prison had been convicted of a crime and prison conditions were deplorable.

When Quigley visited one of the prisons, “[a]ll the prisoners were shirtless and barefoot, very thin, and wearing as little as possible,” he says. “The startling sight of near-naked dark-skinned men crammed together and crouching on a bare floor evoked images of Africans chained in the hold of a slave ship.”

Haiti had “endured a full thirty-two coups and a near-constant state of military dominance over civilians,” Quigley writes. “The government of Haiti made disastrous choices in loans and alliances, and has never been able to develop an economy that is independent of foreign powers, particularly the United States.”

The earthquake in 2010 triggered an overwhelming global response. But since aid was administered by NGOs instead of the Haitian government, much of the pledged money never reached the people of Haiti. And because, writes Quigley, “the military and the media mischaracterized post-earthquake Port-au-Prince as a security crisis rather than a humanitarian crisis, the Haitian people paid dearly.”

The United States sent soldiers instead of humanitarian workers, and many food and supplies were not distributed to the victims. “[M]ost of the USAID dollars spent for Haiti went to top U.S. contractors, most based in Washington, DC, area. Less than one percent of U.S. government expenditures have gone to Haitian businesses or organizations.”

Shortly after the earthquake, an outbreak of cholera claimed more than 8,600 lives, and 684,000 became ill. The World Health Organization describes cholera as “an easily treatable disease.” Dr. Paul Farmer, founder of Haiti-based Partners in Health, notes that chronic poverty and deficiencies in the infrastructure made Haiti vulnerable to disasters such as earthquakes and infectious disease. The cholera infection was traced to the dumping of sewage near a river by troops in a camp where the MINUSTAH was based. Bill Clinton admitted that UN peacekeepers were the “proximate cause” of the cholera epidemic.

In 2011, BAI lawyers filed more than 5,000 claims against the UN and a petition for relief on behalf of cholera victims, requesting compensation. The UN had concluded a status of forces agreement (SOFA) with the government of Haiti in 2004, granting UN troops immunity from civil and criminal claims.

But Concannon told Quigley that the UN forfeited its immunity by failing to establish a commission to hear claims of cholera victims, as required by the SOFA. In 2013, UN Secretary-General Ban Ki-Moon refused to receive BAI’s claims. BAI then filed a lawsuit against the UN in a New York federal court. That suit is now pending.

Joseph and Concannon won the most important human rights court verdict in Haitian history in 2000. As a result of their work, 53 military and paramilitary officers and soldiers were convicted of human rights violations during the 1994 massacre in Raboteau. They were ordered to pay the victims $140 million.

In other lawsuits, Joseph and Concannon are advocating prosecution of Baby Doc’s collaborators for financial crimes and political repression during the brutal Duvalier regime. And the work of BAI and IJDH in responding to the epidemic of rapes in the IDP (internally displaced persons) camps following the earthquake has been exemplary.

They have helped to empower the victims, challenged law enforcement, established security patrols and know-your-rights training, pushed prosecutions, and developed an international campaign through the media. As a result, sexual assaults have decreased dramatically, and women are now willing to file complaints. Joseph says, “Where the rule of law does not exist, you have to build it.”

Quigley describes how these two courageous lawyers are creating a template for an effective human rights-focused strategy to end global poverty and failed states. He writes, “[t]heir docket includes community-based programs on rape accountability and prevention, housing rights, and prisoners’ rights, along with international advocacy for fair elections in Haiti, earthquake response, and immigration rights for the Haitian diaspora. BAI helps organize street-blocking protests by camp dwellers facing eviction, and loud, aggressive demonstrations in protest of the UN’s cholera response.”

Joseph and Concannon work indefatigably to give voice to the voiceless and vindicate their human rights. They seek justice both inside and outside the courtroom.

This excellent book combines careful research with personal observations and interviews to paint a graphic portrait of the reality in Haiti and the critical work of Joseph and Concannon. Far from a dry history, it is a gripping tale of two courageous lawyers working to overcome seemingly insurmountable odds to better the lives of the Haitian people. This is a must-read for all those concerned about human rights both in Haiti and elsewhere.

Marjorie Cohn is a professor at Thomas Jefferson School of Law, former president of the National Lawyers Guild, and deputy secretary general of the International Association of Democratic Lawyers. Her latest book is Drones and Targeted Killing: Legal, Moral, and Geopolitical Issues.

3 comments for “How Human Rights Can Build Haiti”