Exclusive: The hottest news in the U.S. this past week wasn’t President Obama’s State of the Union speech but did the New England Patriots deflate footballs to gain a competitive edge, a story that suffered from the same rush to judgment that has afflicted other aspects of U.S. journalism, writes Robert Parry.

Given how bad mainstream American journalism has become, I sometimes turn to ESPN for relief and generally find the sports network’s reporting based on statistics and observable facts to be superior to the rushes to judgment that have come to define U.S. political and foreign reporting.

But it seems the disease of sloppy and opinionated journalism has spread to ESPN, too, as demonstrated by the network’s unseemly rush to judgment over the so-called “Deflate-gate” scandal swirling around the New England Patriots’ 45-7 victory over the Indianapolis Colts in the AFC Championship game on Jan. 18. 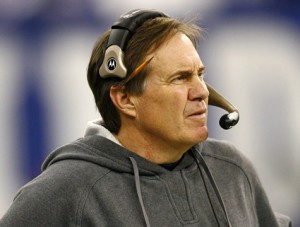 Immediately after the game, all anyone was talking about was whether the Patriots intentionally deflated the footballs used in the first half to gain an unfair competitive advantage, by taking the balls from a legal minimum 12.5 pounds per square inch (PSI), down about 2 PSI below the legal standard.

And, though this controversy is about football not about whether to go to war in some faraway country the scandal does touch on journalistic principles that should be applied everywhere, especially where people’s reputations are affected.

As a longtime investigative reporter, I have always found it important when addressing a suspicion of wrongdoing to consider possible innocent explanations before concluding that someone committed an offense. Otherwise, you become easily drawn into conspiracy theories, assuming guilt rather than assessing evidence.

However, as “Deflate-gate” jumped from the sports pages onto the news shows and news pages, what was lacking across the board was any skepticism regarding the Patriots’ assumed guilt. The principle of presumed innocence was jettisoned and the only question was who was more guilty, coach Bill Belichick or quarterback Tom Brady, and what the punishment should be.

It became common for commentators on ESPN as well as regular news shows and talk radio to call Brady a liar and Belichick a chronic cheater. Yet, those conclusions were reached in the absence of direct evidence that anyone working for the Patriots had actually deflated the footballs.

Obviously, if there were an equipment manager who confessed or photographic evidence of someone tampering with the footballs, that would have changed things. But so far at least that sort of evidence has been lacking.

Therefore, the proper journalistic approach should have been to test out the innocent explanations first. For instance, was it possible that the referees who checked the footballs before the game made a mistake or that their equipment was faulty?

If one assumes that the referees were diligent and that their equipment was properly calibrated, then is it possible that the game conditions heavy rain at about 50 degrees combined with the pre-game conditioning of the footballs and their rough handling during the first half could have resulted in a decline in internal air pressure?

That was the testing that Belichick said the Patriots conducted in their internal investigation. Belichick told reporters on Saturday that the pre-game conditioning of the footballs “rubbing” them down to make them tackier and the weather conditions during the game could explain a 2 PSI drop. In other words, he was presenting an innocent explanation.

But Belichick, who noted that he was “not a scientist,” was ridiculed by nearly everyone who later appeared on ESPN. A week into the controversy, it seemed that a “group think” had taken hold, much like we’ve seen in the Washington press corps, jumping to conclusions about Iraq’s WMD and other foreign issues.

And, once the media “big boys” have committed to a position, they are loathe to reconsider. It’s easier to simply make fun of any alternative explanations. (On a more serious topic, we saw how the major newspapers destroyed journalist Gary Webb for reviving the Contra-cocaine scandal after the big papers had mistakenly dismissed it.)

Fitting with ESPN’s defensiveness, an article on Sunday was largely dismissive of Belichick’s explanation while burying at the bottom of the story this item from a Pittsburgh-based sports science organization which essentially replicated the Patriots’ experiment:

“HeadSmart Labs in Pittsburgh conducted a study that indicated the pressure in the footballs used in the AFC Championship Game could have dropped 1.95 PSI from weather and field conditions alone.

“HeadSmart said it tested 12 new footballs that were inflated to 12.5 PSI in a 75 degree room to imitate the indoor conditions where the referees would have tested the footballs 2 hours and 15 minutes before kickoff. The footballs were then moved to a 50-degree environment to simulate the temperatures that were experienced throughout the game and were dampened to replicate the rainy conditions.

“‘Out of the 12 footballs we tested, we found that on average, footballs dropped 1.8 PSI when being exposed to dropping temperatures and wet conditions,’ the lab’s report states.”

In other words, an independent organization that specializes in the science of athletic equipment essentially confirmed what Belichick had said. And there is the additional loss of PSI that one might expect from 300-pound players landing on the footballs.

Of course, one still must acknowledge that it may turn out that the Patriots are indeed guilty as charged by ESPN’s and other commentators. A witness may turn up who was involved in tampering with the footballs or some photographic evidence may appear revealing an equipment manager deflating the footballs.

But journalists should hold back from accusing people of wrongdoing until after the innocent possibilities have been swatted aside or until there is real evidence. This is a lesson that should apply whether the issue is sports, politics or world affairs.

I suppose that I should add that I grew up in Massachusetts and was initially a Cleveland Browns fan (in the days of Jim Brown and Bobby Mitchell), but I began following the Boston Patriots after the American Football League opened in 1960.