Official Washington’s latest “group think” is that the drop in oil prices will bring Russia and Iran to their knees ready to do whatever the U.S. demands. But this analysis is a miscalculation that could cause President Obama to miss diplomatic opportunities to resolve disputes, says ex-CIA analyst Paul R. Pillar.

The steep drop in the price of oil during the latter half of 2014 has generated much comment about how this development has weakened major oil-producing countries and supposedly made their governments more pliable on issues that separate them from other countries. Such commentary flows partly from the tendency of media and the commentariat to over-analyze any major development and to identify winners and losers.

In the current instance it also reflects how people have happily noticed that several of the significant producers whose revenues have been most adversely affected by the price decline are countries commonly identified as adversaries of the United States, including Venezuela, Russia, and Iran. Edward Luttwak remarks that the price decline “is knocking down America’s principal opponents without us even trying.” 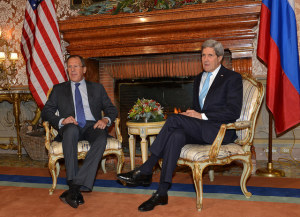 The commentary reflects in addition a belief that is in evidence whenever similar hopes are placed on the consequences of someone else’s economic pain when that pain is imposed not by the market but instead by sanctions. The belief is that there is a reliable and positive correlation between the other country’s economic discomfort and the willingness of its government to make diplomatic concessions.

That belief is mistaken, regardless of whether it is markets or sanctions that have caused the economic and fiscal damage. It is mistaken because the presumed connection between a country’s economic discomfort and its regime’s diplomatic flexibility considers only one half of the regime’s calculations.

The other half concerns whether, and how much, that regime believes it can improve its economic situation by making concessions to its adversaries. If it sees no prospect for improvement, it has no incentive to concede. The point becomes all the clearer when, as with the recent drop in petroleum prices, it is a market that is causing the economic pain. Markets have no mechanism for pain reduction when someone changes a negotiating position or diplomatic posture.

If lower oil prices really are making the leadership of Russia more willing to make concessions regarding the conflict in eastern Ukraine, what is supposed to happen regarding the prices and the pain if such concessions are made? That car-owners in the West will be so happy about this development that they will start driving more, thus burning more fuel, sending crude oil prices back up, and repairing the damage to Russian finances?

The further, usually implicit, assumption underlying false beliefs about market-induced economic discomfort leading to diplomatic flexibility in cases such as Russia or Iran is that the cumulative effect of both sanctions and lower prices will push a regime past some breaking point beyond which it ceases to resist.

The notion of a breaking point has underlain other American foreign policy thinking, which has involved not only economic discomfort but also the infliction of physical pain through kinetic means. The notion was the basis for Operation Rolling Thunder, the Lyndon Johnson administration’s prolonged and escalating bombardment of North Vietnam in the 1960s. The notion is somewhat akin to the gambler’s fallacy that by persisting and playing a little longer one’s results will change for the better.

The Vietnam War example illustrates another part of the logic pertinent to such situations that is essential but commonly overlooked when people place hopes on the consequences of someone else’s pain. That part concerns the importance the other side places on the issues that are at stake.

Regimes and nations will endure a great deal of pain on behalf of causes that are very important to them. Moreover, in such bargaining relationships the logic works both ways, and the relative importance to us and to the other guy of the issues at stake is critical, too. If it makes sense for us to think about the other side having a breaking point, then it would make just as much sense for the other side to think about our breaking point, even if that point is to be expressed not in intensity of pain at any one moment but instead in impatience and the duration of stalemate.

Even if the idea of a breaking point were valid, we Americans are poorly equipped to identify any such point as it applies to others, including the adversaries most at issue today. Russian Foreign Minister Sergei Lavrov, referring to the oil price drop, said, “We have been in much worse situations in our history, and every time we were getting out of these fixes much stronger. This will happen this time.”

He’s right about Russian history, which included among other ordeals the incredibly costly fight against the Nazis in World War II. The Iranians also have had their ordeals, with the most salient and costly one for current Iranian leaders being the eight-year war that Saddam Hussein’s Iraq launched against their country.

The false hope being placed on lower oil prices and their presumed effect in softening the positions of adversaries may itself have the damaging effect of discouraging the flexibility that will be needed on the part of the United States to resolve important unresolved issues. Such flexibility, and not just contrition and concession from Vladimir Putin, will be required for even a partial resolution of the prolonged crisis in Ukraine.

An even greater potential for damage concerns the nuclear negotiations with Iran. The hope for a more pained and supposedly more pliable Tehran as a result of reduced oil revenue probably is entrenching further the notion that Iran must make all remaining concessions to reach a deal. That notion, if it persists, is likely to mean the failure of the negotiations and the loss of a golden opportunity to resolve the issue and assure that Iran’s nuclear program stays peaceful.

← A ‘Cordial Rivalry’ for US and Iran?
A Disappointing ‘Selma’ Film →

15 comments for “The Oil-Crash Diplomatic Mirage”