In America’s fascination with fictional entertainment, torture has been a popular plot device as some tough-guy “hero” extracts a clue from a hardened “bad guy,” most famously with Jack Bauer in “24.” But real-world torture elicits false information and is a grave crime of state, as Lawrence Davidson explains.

It has long been known that torture does not work. One can go back to the Age of Enlightenment. In 1764, Cesare Beccaria published his groundbreaking work, On Crimes and Punishments, in which he examined all the evidence available at that time and concluded that individuals under torture will tell their interrogators anything they want to hear, true or not, just to get the pain to stop. Beccaria’s book led to a temporary waning of the state-ordered torture.

Nonetheless, the United States has used torture repeatedly. Indeed, the Senate Intelligence Committee’s release of its report (five years in the making) on the George W. Bush administration’s use of torture testifies to only the most recent in a long line of such incidents. 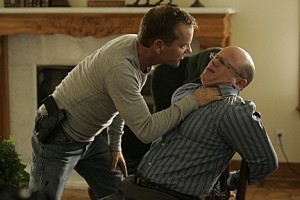 For instance, torture was used against prisoners during and immediately following the Spanish-American War, particularly in the Philippines. More recently, the U.S. (and its adversary) used torture during the Vietnam War. Confirming Beccaria’s judgment, the consensus among U.S. military personnel, who examined the use of “enhanced interrogation techniques” (the latest euphemism for torture) against Viet Cong and North Vietnamese prisoners, was that it did not work.

This conclusion has been supported by Sen. John McCain, R-Arizona, who was a prisoner of war in North Vietnam for over five years. He has repeatedly said that he knows, from personal experience, that “victims of torture will offer intentionally misleading information if they think their captors will believe it.”

Who in the Executive Branch of the U.S. government remembers, or even cares, about this history? President Barack Obama gave his blessings to the Dec. 11 television appearance of CIA Director John O. Brennan so that Brennan could tell the nation that, following the 9/11 tragedy, tortured prisoners provided “useful and valuable” information. The Senate Intelligence Committee report calls such claims “exaggerated if not utterly false.” Based on the evidence from Beccaria’s time to the present, the committee report’s position in this regard is the one to go with.

Torture was made illegal in 1950 under the Third Geneva Convention, and this was reaffirmed in 1985 by the United Nations Convention against Torture. Both of these conventions were signed and ratified by the United States, making them the law of the land. Torture is also illegal under U.S. domestic laws such as the War Crimes Act of 1996.

Unfortunately, these laws and treaty obligations were called into question in 2002 by the Bush administration. To create a counter-position to them, the Bush’s Justice Department produced what are now known as the “torture memos.” These postulated that the war against terrorism that followed 9/11 was a unique situation that nullified all the standing laws preventing torture.

These memos were self-serving interpretations of the president’s powers during war and time of emergency. Contrived as they were, they served as Bush’s legal justification for his administration’s policy of waterboarding, “rectal rehydration,” sleep deprivation, and other forms of physical abuse. As Dick Cheney, Bush’s pugnacious vice president, recently said, this was no rogue operation. “This program was authorized” by the memos, Cheney said.

The question of how one legitimately “authorizes” what has already been determined to be illegal, immoral and degrading seems never to have occurred to Cheney.

When we weigh the authority of the “torture memos” against international law, treaty obligations, and indeed U.S. domestic law, we must conclude that Bush’s policy of torture was illegal. Let me put the consequences of that reasonable conclusion in plain English: President George W. Bush and everyone else in his administration involved in formulating, justifying and carrying out the policy of torture are criminals. So why hasn’t Mr. Bush (to say nothing of the rest of this gang) been brought to trial for his crimes?

One possible reason harkens back to 1972-73, when the infamous Watergate scandal was revealing President Richard Nixon’s criminality. At that time the main line of argument was that you don’t want an American president going to jail. This would constitute just too much of a national embarrassment. Therefore, the pardon that Nixon received was the best solution to a messy problem. Being of a contrary nature even back then, this writer went about saying that it was precisely because Nixon was the president that you wanted him on trial and, when convicted, put in jail. You wanted that precedent set because it would shape, for the better, the behavior of future presidents.

Of course, this course of action was never followed, and so when it came to George W. Bush, there was no such precedent to provoke any second thoughts. Perhaps he would not have hesitated in any case. We will never know.

At present, the debate within the Beltway is not over the Bush administration’s culpability for illegal acts, but rather over the wisdom of releasing the Senate Intelligence Committee’s report detailing the CIA use of torture on the president’s orders. In other words, the wisdom of making public the evidence of Bush’s criminality. Many feel that the report will make some foreigners so angry that they will attack Americans abroad. But then those folks already knew about U.S. torture and don’t need the details to make them angry.

Sen. Dianne Feinstein, D-California, the present chair of the Senate Intelligence Committee, is the one who decided to release the report on torture. She did so because she is determined to “foreclose any prospect that the United States might contemplate such tactics again.” She did not believe arguing about the morality of torture would achieve that goal and so she “set out to prove [through the released report] that they [techniques of torture] did not work.” There are two things wrong with Feinstein’s reasoning in this regard:

First, Feinstein, too, appears ignorant of the fact that the futility of torture has been established for hundreds of years. And, just because torture has long been demonstrated not to work, what is the probability that a restatement of this fact will prevent the U.S. from using it again in the future?

As was the case in the Philippines, Vietnam, and in the war on terror, future American leaders will remain ignorant of or just forget about torture’s futility. The groundwork for this is already being laid. The incoming Chair of the Senate Intelligence Committee, Richard Burr, R-North Carolina, says he will not hold hearings on what the report reveals or follow up on it in any way.

“Put this report down to a footnote in history,” he said. Burr also dismisses the torture revelations as an attempt to “smear the Bush administration” – as if the facts of the matter were just contrived by political enemies to provoke a scandal.

Second, as former CIA analyst Ray McGovern suggests, it is quite possible that most in the Bush administration did not care whether torture really worked or not. McGovern tells us that what the White House wanted was a justification for an invasion of Iraq. [See Consortiumnews.com’s “What’s the Next Step to Stop Torture.”]

“Evidence” suggesting a link between Iraq and al-Qaeda would do just fine here. The pressure was on the CIA to produce that link and so they tortured al-Qaeda prisoners until they told them what President Bush wanted to hear. This seems a tempting gambit for use by future presidents who might share George W. Bush’s character.

Thus, if Dianne Feinstein wants to make sure that the U.S. government will not use torture in the future, just demonstrating (once more) that it does not work won’t do. The only thing that has a chance of achieving her goal is the strict enforcement the law against torture – take Bush and his accomplices and put them on trial for the crimes we all know they committed. Then, put the whole gang in jail for long enough to make a deep impression. With that precedent set, you have a shot at preventing U.S.-sanctioned torture in the future.

President Obama actually had an opportunity to set this precedent but, as we all know, he has declined to do so. One can imagine his advisers telling him that all presidents break the law in one way or another and to charge Bush with a crime would open Pandora’s Box – from that point on it would be open season on every future president. Yet, is it necessarily true that all presidents must go around breaking the law? And, if so, why should any of us find this acceptable?

Despite the revelations of the Senate Intelligence Committee’s report, the chances are pretty good that Bush and his operatives will get away with their crimes. And that means that chances are just as good that it will all happen again. The public’s awareness of the facts is at best unreliable.

According to a Pew poll reported on Dec. 15, half of the American public even now believes that the use of torture was both justified and provided worthwhile intelligence. It is probable that the opinion of most elected officials is no different.

No one has yet been able to secure a meaningful place for relevant and accurate historical knowledge either in the mind of the general public or in the deliberations of policy makers. However, in both cases, ignorance and false assumptions seem secure in their positions of influence.

6 comments for “Torture’s Fallacies — and Criminality”