War fever is running high again in Official Washington with pols and pundits demanding that President Obama order a major military intervention in Iraq and Syria to stop the violent jihadists of ISIS, a group that got its start with the U.S. invasion of Iraq in 2003, as ex-CIA analyst Paul Pillar recalls.

Americans, following a long tradition of finding monsters overseas to destroy, are now focusing their attention and their energy on a relatively new one: the group variously known as ISIS or ISIL or the Islamic State. The group has become a major disruptive factor in the already disrupted internal affairs of Iraq and Syria, and it is legitimately a significant object of concern for U.S. policy as far as instability and radicalism in the Middle East are concerned.

The outsized role that this group has come to play in discourse about U.S. foreign policy, however, including hyperbolic statements by senior officials, risks a loss of perspective about what kind of threat it does or does not pose to U.S. interests, and with that a possible loss of care in assessing what U.S. actions in response would or would not be wise. 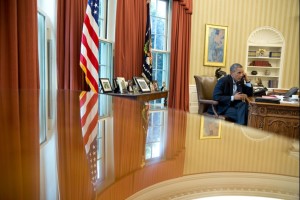 Several attributes of ISIS have repeatedly and correctly been identified as measures of the group’s strength, and aspects of the group’s rise that are worthy of notice. These include its seizure of pieces of territory in both Iraq and Syria, acquisition of financial resources, and enlistment of substantial numbers of westerners.

Although these are impressive indicators of the group’s success, none of them is equivalent to a threat to U.S. interests, much less a physical threat to the United States itself, at least not in the sense of a new danger different from ones that have been around for some time.

Money, for example, has never been the main determinant of whether a group constitutes such a danger. Terrorism that makes a difference can be cheap, and one does not need to rob banks in Mosul or to run an impressive revenue collection operation in order to have enough money to make an impact. Even a terrorist spectacular on the scale of 9/11 is within the reach of a single wealthy and radically-minded donor to finance.

The involvement of western citizens with terrorist groups has long been a focus of attention for western police and internal security services. To the extent this represents a threat, it is not a direct function of any one group’s actions or successes overseas, be they of ISIS or any other group.

Several patterns involving westerners’ involvement with foreign terrorist groups are well established. One is that the story has consistently been one of already radicalized individuals seeking contact with a group rather than the other way around. If it isn’t one particular group they seek out, it will be another.

A further pattern is that, despite frequently expressed fears about westerners acquiring training overseas that they then apply effectively to terrorist operations in the West, this hasn’t happened. Faisal Shahzad and his firecracker-powered attempt at a car bomb in Times Square illustrate the less ominous reality.

Yet another pattern is that apart from a few westerners whose language skills have been exploited for propaganda purposes, the westerners have become grunts and cannon fodder. They have not been entrusted with sophisticated plots (unsuccessful shoe bomber Richard Reid being the closest thing to an exception), probably partly because of their evident naivetÃ© and largely because of groups’ concerns about operational security and possible penetration.

The control by a group of a piece of territory, even if it is mostly just sand or mountains, is what most often is taken mistakenly as a measure of the threat a group poses, and this phenomenon is occurring in spades with ISIS. Probably seizure of land is interpreted this way because following this aspect of the progress of a group is as simple as looking at color-coded maps in the newspaper.

The history of terrorist operations, including highly salient operations such as 9/11, demonstrates that occupying some real estate is not one of the more important factors that determine whether a terrorist operation against the United States or another western country can be mounted. To the extent ISIS devotes itself to seizing, retaining, and administering pieces of real estate in the Levant or Mesopotamia, and imposing its version of a remaking of society in those pieces, this represents a turn away from, not toward, terrorism in the West.

Significant friction between ISIS (then under a different name) and al-Qaeda first arose when the former group’s concentration on whacking Iraqi Shias was an unhelpful, in the view of the al-Qaeda leadership, digression from the larger global jihad and the role that the far enemy, the United States, played in it.

Traditionally an asset that non-state terrorist groups are considered to have, and a reason they are considered (albeit wrongly) to be undeterrable is that they lack a “return address.” To the extent ISIS maintains a mini-state in the Middle East, it loses that advantage.

Any such mini-state would be more of a burden to the group than an asset, beyond whatever satisfaction the group gets from installing its warped version of an Islamic order in its little piece of land. Maintaining and exerting power in the mini-state would be a difficult, full-time job. The place would be a miserable, ostracized blotch on the map with no ability to project power at a distance. It would be a problem for the immediate neighbors, and even more of one for the governments out of whose territories the mini-state had been carved, but its existence would not make ISIS any more of a threat to the United States than it otherwise would be.

We Americans need to exercise some introspection regarding how and why we are reacting to the ISIS phenomenon the way we are, beyond the way we interpret shadings on a newspaper map (and beyond the usual politicized biases that infect any policy discussion in Washington).

To some extent the group is filling a need for a well-defined, personified adversary. We don’t have Osama bin Laden to fight anymore, but now we have Abu Bakr al-Baghdadi. We also are reacting quite understandably to the group’s methods, which are despicably inhumane, and to its objectives, which are disgustingly medieval.

The burst of attention to the group over the past week clearly results largely from the grisly killing of a captured American photojournalist. We all abhor that event, and we should. But we also should bear in mind that an emotional reaction to such an incident produces the wrong frame of mind for debate, and cool-headed deliberation, about public policy.

What may be most disturbing about the tenor of current discourse on the subject is how much of it is expressed in absolute terms, with many proclaiming that ISIS “must be destroyed,” or words to that effect. Such absolutism undermines the consideration that should be given to other U.S. interests and objectives (as there always will be) affected by pursuit of that one objective, and consideration of costs as well as benefits (there always will be both) of any U.S. action taken in pursuit of that objective.

We have heard similar absolutism before, and we have seen the results. We heard it with the post-9/11 false syllogism that if terrorism is considered a serious problem then we must recognize that we are at “war,” and if we are at war then that means we must rely principally on military force. We heard it also in the dictum that if there is even a one percent chance of something awful happening to us, then we must treat that as a certainty.

The absolutist approach leads to inappropriate derision and dismissal of policy steps as “half measures” when they may in fact be, considering the costs, benefits and other U.S. interests at stake, the most prudent steps that could be taken. Some actions that would set back ISIS may be, given the circumstances, sensible and cost-effective. Other possible measures may seem aimed more directly at the goal of destroying ISIS but, given the circumstances, would not be sensible.

And what does “destroying” the group really mean? Our experience with al-Qaeda should have taught us to ponder that question long and hard. We killed innumerable “number three” leaders of al-Qaeda, we killed bin Laden himself, and we have rendered Ayman al-Zawahiri a largely irrelevant fugitive. We have in effect destroyed the organization, or at least as much as can be expected from more than 13 years (yes, the process started before 9/11) of destruction.

The seeds of the death of ISIS lie within its own methods and objectives, which are as abhorrent to many of its would-be subjects as they are to us. The group rode to its dramatic gains, in both Iraq and Syria, on larger waves of opposition to detested incumbent regimes. Its losses can be just as dramatic if the political circumstances that led to such opposition are changed. They already are changing in Baghdad, and it still is possible for political change of some sort, which excludes any groups as extreme as ISIS, to take place in Syria.

In that regard we cannot remind ourselves often enough, especially because this fact seems to have been forgotten amid the current discussion of ISIS, that ISIS itself was born as a direct result of the United States going after a different monster in Iraq.