Oil has always been part of U.S. decision-making on Iraq, a key motive for the 2003 invasion and the bloody occupation that followed. Now, as President Obama returns U.S. forces to Iraq, the issue of oil has bubbled back to the surface, as oil analyst Antonia Juhasz explained to Dennis J Bernstein.

President George W. Bush’s invasion of Iraq gave U.S. and other Western oil companies a major stake in the country’s giant oil fields, a foothold now threatened by the offensive launched by the Islamic State and offering at least a partial explanation for President Barack Obama’s decision to return the U.S. military to the conflict.

Another complicating factor is Kurdistan’s control of some giant oil fields and its push for independence. As oil industry analyst and investigative journalist Antonia Juhasz says: “Western oil companies and the Obama administration will not permit ISIL to control Kurdistan and are willing to engage militarily to achieve this goal.” 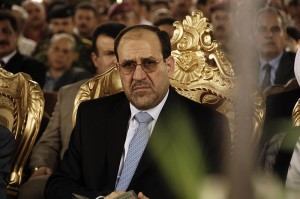 Juhasz has written extensively on the oil industry and the multiple wars in Iraq, including two books, The Bush Agenda and The Tyranny of Oil. Juhasz spoke with Dennis J Bernstein in a recent Flashpoints interview about the situation unfolding in Iraq.

DB: Why are the Kurds and Kurdistan of great interest to the U.S.? What does that relationship look like? What is pushing the U.S.?

AJ: We are clearly engaged in a military action for oil. But the Obama administration is not the Bush administration. It is clear to me that if the only thing at stake in Kurdistan right now was protecting oil interests, we would not be engaging militarily. If the Bush administration were in power now, we would be. The 2003 invasion of Iraq was about many things, but one of the most dominant was oil and the desire to get western oil corporations on the ground in Iraq. That goal was achieved by the Bush administration. Today we have Exxon producing from some of the largest oil fields in the world. Other western companies like BP and Shell – all of the major western companies – are operating in Iraq and doing quite well.

From the very beginning of the invasion, however, there was a strong issue in the area of Iraq known as Kurdistan that wanted independence from the rest of Iraq, with the Kurds trying to garner western favor to achieve that goal. One of the things the Kurds have to their benefit is they have a tremendous amount of oil. While the Bush administration succeeded in getting very good access for western oil companies in the rest of Iraq, what it didn’t get was the Iraq oil law which western oil companies help draft and the Bush administration pushed on.

The Kurdish government was basically opening up Iraq on the most favorable terms to the western oil companies. The central Iraqi government said no to that level of turning themselves over. The Kurds said yes. Very early on, the Kurds passed their own version of the Iraq oil law, started signing contracts with western oil companies, letting them in under the most generous terms. I believe this is a way of saying we are helping you, so you must help us gain independence. That never happened.

The US military never came in on behalf of the Kurds in any direct way, although you certainly saw western oil companies trying to use this division between the Kurdistan region and the central Iraqi government in terms of how they dealt with oil countries. Companies like Genel, headed by Tony Hayward, the former CEO of BP who was ousted because of the Gulf oil spill, is very active in Kurdistan. We’ve seen U.S. policy makers now coming out loudly in favor of aggressive military action who were former heads of the Bush administration, like Zalmay Khalilzad, who were heading, lobbying and advising economic interests in Kurdistan, now making a lot of talk about war.

Companies like Exxon, Chevron and Marathon, all have exploration contracts in Kurdistan but have not gone to work there because of the dispute about who owns the oil – the central Iraqi government or Kurdistan.

DB: It was an important moment when the soldiers took over the oil fields there. This was a big sea change, right?

When they went into northern Iraq, they tried to take the Kirkuk oil field, one of the largest oil fields in the world. The armed forces of the Kurds, the Peshmerga, did what the Kurds had never done before – they took back or took over the Kirkuk field. Once they had that field under their control, it was a decisive moment for the Kurds to say we have this oil and we are not going to give it back. We are going to take independence.

DB: What is the U.S. military trying to do right now, given this very fragile and tender situation?

But that is not the only thing that is happening. Simultaneously, the Obama administration is looking at the rest of Iraq and saying this is not working out the way it was supposed to. Things are disintegrating, we are getting blamed for it and we need to figure something out. Several months ago, or earlier, [Prime Minister Nouri al-]Maliki became the fall guy – earned by becoming a terrible leader – and was pinpointed as the problem to get rid of. The Obama administration is saying to the rest of Iraq and the Iraq central government, get rid of Maliki and get someone in place who will abide by our interests broadly or we are going to do something you don’t want, which is aid the Kurds in their independence.

That would greatly upset the central Iraqi government for many reasons, including losing the very large fields of oil in the Kurdistan region. I think bombing is a deadly tool of political influence, which says do what we want or we will do something to you that you don’t want. We will do it militarily.

DB: ISIS is in Iraq. The border is disappearing with Syria. The U.S. is supporting the supposed moderates in Syria. A version of ISIS appears to be calling the shots in Syria. There are 30 million Kurds in Turkey watching what is happening to the 5 million Kurds in Kurdistan. How do the politics intersect with the oil and the economies?

AJ: Although I am not an expert on the surrounding areas, what is very clear is that oil is a part of the discussion with each country. But as you point out, it is not just oil. There are longstanding ethnic issues and identities a group of people was broken up into three separate countries, although it is one group of people. But it also involves oil and oil power.

When we look at how to solve the problem, it’s not just about exposing the oil agenda. It’s about exposing the desire of the Obama administration to continue to control the broader political outcomes in Iraq through the military – that is part of the problem. There is renewed talk of the Obama administration breaking Iraq up and entering into this dispute to separate Iraq into pieces, including separating out Kurdistan. That was an interest within the Bush administration and with people like [Vice President Joe] Biden and others who have said that might be a solution.

There is a difference between having a solution to separating Iraq and using the military to achieve that goal. I believe the Obama administration and the oil companies would prefer a unified and stable Iraq. This military action in Kurdistan is a tool to make that happen – to get the central Iraqi government in line with the threat of separating out Kurdistan. But if they can’t succeed in creating a unified stable Iraq, a separate Kurdistan is a pill the Obama administration and western oil companies are willing to swallow.

DB: Finally, apparently the Kurds have already been able to sell oil to the Israelis. If there were an independent Kurd country, what would their policy look like?

The Kurds have tried to smuggle and sell their oil where and to whoever they can. The Kurdistan government is deeply, deeply in debt. I believe they smuggled and sold oil to Israel because they could. They could get money there. I don’t know that it tells us anything about what they would look like as an independent country. It just tells us they are desperate for cash.

3 comments for “Iraq and the Oil Wars”