Exclusive: The sectarian conflict engulfing Iraq has created an historic opportunity for the Kurds, a people who have long dreamed of their own homeland. A new Kurdish state carved out of Iraq also could shift the region’s power relationships, says Andrés Cala.

At the height of the American invasion of Iraq and the sectarian war that it unleashed, the “Kurdish ambassador” in Bahrain argued passionately over coffee with me that an independent Kurdish state was inevitable despite opposition from all its neighbors and world powers.

“It will happen. You’ll remember me then,” the Kurdish delegate in the Iraqi embassy told me. But his idea of overcoming Kurdistan’s isolation as a landlocked region of Iraq in an extremely volatile region, in the middle of a centuries-old Shiite-Sunni rivalry, seemed an unrealistic pipe-dream, even if a justifiable one. 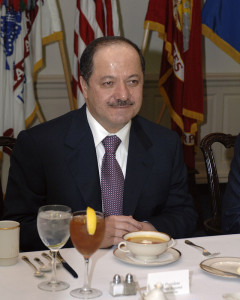 I conceded that Kurds have plenty of solid reasons to justify independence. They are the biggest stateless nation with a single language in the world. They have more than enough oil to finance a government. They have their own well-trained military force that could defend their borders, even in a region beset by turmoil. And, Kurds have an intense motivation to have their own country.

But, I argued during that coffee, Kurds still lacked what has historically held back their aspirations: international recognition. As events have unfolded, however, the “ambassador” may have been right. With the Sunni-extremist Islamic State challenging Iraq’s Shiite-dominated government, it now does appear almost inevitable that an independent Kurdistan will be carved out of a splintered Iraq.

At this point, Kurdish independence appears to be just a question of time. While full independence may still not be imminent, for all intents and purposes, independence is already a fait accompli. Before long, all of Kurdistan’s neighbors and other interested parties will have to deal with this coming reality.

And it raises several questions, vital to regionally stability: What might an independent Kurdistan mean not only to the Shiite leaders of Iraq but to the Shiite crescent from Iran through Syria to Lebanon? How will it impact Turkey with its own restless Kurdish population? How will the Sunnis in Iraq as well as in the Persian Gulf states react? How will Kurdistan relate to Israel, whose leaders have voiced support for Kurdish aspirations, though that embrace has complicated other relations for Kurdistan?

There’s also the issue of how this new entity in this oil-rich but troubled region will affect the major powers the United States, Europe, China and Russia.

After the Islamic State’s offensive driving Iraqi troops from Mosul and other major cities, the Kurdish peshmerga paramilitary force seized control of Kirkuk and the surrounding oil-rich lands, keeping them away from the Sunni radicals but also making clear that Kirkuk would remain part of a future Kurdistan. Overall, the Kurds have expanded their territory by around 40 percent.

But the Kurds know not to push too fast. They’re savvy about geopolitics and have mastered diplomacy as a non-state actor dealing with regional powers. It’s a safe bet that the Kurds will seize this window of opportunity and arrange the best possible deal, especially by gaining a nod from their neighbors Turkey and Iran and seeking from Syria a narrow access corridor or oil pipeline to the Mediterranean Sea.

Kurdish President Massoud Barzani has asked Kurdish regional legislators to prepare for a referendum on independence by the end of the year or early 2015. Declaring independence will take longer and depend on how the war in Iraq evolves. But a newly born Kurdistan could become a major game-changer in the Middle East, perhaps more so than the Arab Spring.

“We cannot remain hostages for the unknown,” Barzani said. “The time is here for the Kurdistan people to determine their future.”

Approval of the referendum is a foregone conclusion as far as the people of Kurdistan are concerned. The last referendum in 2005 showed that support for independence was nearly 99 percent. But a new vote is needed to remind the world of this popular will and as an institutional prerequisite before a unilateral declaration of independence.

In other words, the Kurdistan Regional Government is playing the referendum card now because it believes everything is aligned, and it doesn’t want to risk the window closing.

With Kirkuk’s oil now under its control and with the ability to export oil via Turkey, the KRG can easily go solo without any help from the central government in Baghdad which is preoccupied with the Islamic State and a brewing civil war between Sunnis and Shiites. Also, the Iraqi military has been exposed as a hollowed-out shell, clearly no match for the well-motivated, well-equipped and battle-hardened Kurdish peshmerga.

Contrary to Iraqi Prime Minister Nouri al-Maliki’s claim that the KRG is abetting the Islamic State, the Kurds are already defending their borders from the Islamic State militants and will likely join the fight more directly to protect Kurds caught in the militants’ huge land grab when Iraqi forces fled in disarray.

Aside from the threat that the Islamic State will pose for Kurds, especially now that the terrorist group seized significant quantities of modern and heavy weaponry when Iraqi forces retreated, it’s very likely that the peshmerga, with or without an independent state, will have to go on the offensive.

Holding back any rush to independence is the fact that there is no consensus inside Kurdistan about when to make the move. Political parties are divided. The Patriotic Union of Kurdistan (PUK) opposes the timetable of Barzani’s ruling Kurdistan Democratic Party, which wants to move toward independence now. The PUK controls Kirkuk and is the strongest force in much of southern Kurdistan bordering Iran. The centrist Gorran movement is ambivalent, but tends to side more with the ruling party.

And so the timing for independence remains uncertain. Barzani has majority support, but not the necessary consensus. The PUK, with closer to Iran, wants to wait or in any case to better prepare the terrain for the pending challenges from Iraq, the United States and the international community.

Officially, the international community supports a united Iraq but there is increasing interest in a renegotiated approach to form a three-way federation with overarching regional autonomy and new revenue-sharing agreements. The PUK also supports this strategy unless Iraq descends into a full-scale civil war and shatters.

Iran is perhaps the biggest obstacle to Kurdish independence. Iran’s political ties to the Kurds date back decades and Iran has a sizable Kurdish minority. But for strategic reasons, Iran does not want further instability threatening its security. Tehran also wants Kurdish support for al-Maliki, a fellow Shiite and an Iranian ally, but the Kurds reject that.

Iran’s support for al-Maliki is not ideological but pragmatic. A strong enough Shiite replacement has not emerged, so Iran wants to protect the status quo to give Iran a secure corridor to support Bashar al-Assad’s regime in Syria, as well as Hezbollah and Hamas.

Turkey, the region’s other dominant player, appears to be more supportive of an independent Kurdistan, even if not overtly. Turkey has had its own troubles with Kurdish separatists known as the PKK, a guerrilla group that has been fighting for independence from Turkey since 1974.

But Turkey has the most to gain from Kurdish independence as the new country would be dependent on Ankara’s assistance at least for a few years. The Kurds need an outlet for their oil and gas and Turkey is the main export and import route for the landlocked region.

Still, that dependency would likely diminish over the years especially if Kurdistan could negotiate some sort of corridor or pipeline through Syria to the sea. Many in Turkey also worry that their own Kurdish population will grow more assertive in demanding independence aspirations if the Iraqi Kurds have their own country.

The United States and the United Kingdom, along with China and other European countries, have invested heavily in Kurdistan and while nominally against independence, could easily adjust to a new scenario, especially if circumstances on the ground support Kurdish aspirations.

Thus, Kurdish independence is a question of diplomacy. In Iraq, the possibility of a renegotiated federation with al-Maliki is a non-starter, thus timing for independence will depend on how the current war evolves and how much the neighbors meddle. But eventually, an indepedence deal is attainable now that the rest of Iraq is falling apart and the Kurds can defend their gains.

Kurds have waited patiently since the fall of the Ottoman Empire after World War I for the appropriate window to claim independence and this time, they think they have it. If they hold on to the territory that they already control, including Kirkuk, they are almost certainly right, and other than the Islamic State, it doesn’t appear to have any other imminent threat. Independence might happen at the beginning of 2015, or it could take longer, much longer, depending on how things evolve on the ground. But it’s happening, as long as minimum agreements can be arranged with its neighbors.

It looks now like Turkey will quietly acquiesce, as long as it benefits economically and there are no complications with the PKK. In fact, Turkey has the leverage to bargain recognition of an Iraqi Kurdistan in exchange for Iraqi Kurd pressure on their PKK cousins. Iran has little economic leverage on Kurdistan, but could exert political and other pressures that could create problems.

That said, Kurds trust Tehran more than Ankara simply because they’ve had good relations for decades when that has not been true with Turkey until recently. So, Iran will likely agree to a Kurdish state, as long as Iran can secure its support lines to Syria and Lebanon. Iran, considering its influence in Syria, could broker a deal to give Kurds at least pipeline access through northern Syria to the Mediterranean.

But Iran also could seek to restrain the Kurds’ territorial expansion if Iraq continues to splinter. Iran’s Revolutionary Guards could mobilize its proxies to force a Kurdish retreat. In other words, Turkey has economic leverage, but Iran can apply military and strategic pressure.

It appears that the United States, Saudi Arabia, Jordan and Kuwait would eventually accept Kurdish independence as long it doesn’t further destabilize the fragile Iraqi state and create more space for the Sunni radicals from the Islamic State.

An independent Kurdistan could mark a dramatic shift in the regional paradigm, arraying the unlikely coalition of Iran, Iraq, Syria, the United States, the Persian Gulf states and Kurdistan all against the Islamic State and other al-Qaeda-linked extremist groups.