A favorite line of Official Washington goes: “Perception is reality!” — a misguided notion that makes the U.S. mainstream media particularly vulnerable to “perception management.” And no one does that better than the Israelis when justifying the slaughter of Palestinians, as Danny Schechter notes.

Israel is a master on both tracks. When we speak of the “only democracy” in the Middle East, it is often forgotten, perhaps deliberately, that the country is run by a War or “Security” Cabinet. It is, and has been, in effect, a military regime with as many powerful religious fanatics as its Iranian nemesis. 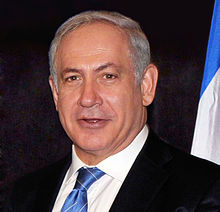 Since proclaiming its “independence” in 1948, it has remained dependent on a large, now over $3 billion per annum and counting,” foreign aid” payment from the United States, far, far more than many poor countries that desperately need that aid but don’t get it.

Supplementing this subsidy, Israel has its own advanced military industrial and technology complex upgrading and customizing weaponry in military and aerospace industries.

Its current escalating war on Gaza is only the latest, following on the heels of seven “recognized” wars, two Palestinian intifadas, many reprisal operations and countless covert operations including interventions and assassinations.

Its capacity to punish and its willingness to use advanced weapons in areas dense with civilians like Gaza is terrifying and it is so by design. The United States may have used “shock and awe” in Iraq to launch its war there, but Israel has routinized it with 2,360 air strikes in its 2008-2009  “Cast Lead” campaign in Gaza alone. So far there has been well over l,000 sorties in this latest bloody blitzkrieg. Is it any surprise that of all its military branches it is the Air Force that is dominated the most by extremists and West Bank settlers.

And, in all of its conflicts, Tel Aviv invents and then seizes a constantly reinforced “moral” high ground, immediately positioning itself as a victim and defending its actions as defensive. That view is then relentlessly streamed 24/7 to the public by lobby groups, PR firms and government agencies to and through a well-orchestrated network of political allies and supporters worldwide.

This is not new, says Israeli historian Ilan Pappe: “The Israeli propaganda machine attempts again and again to narrate its policies as out of context and turns the pretext it found for every new wave of destruction into the main justification for another spree of indiscriminate slaughter in the killing fields of Palestine.”

As in all of its conflicts, propaganda operations designed to win over the press and public opinion, enjoy as much priority as its military operations. Today, military-led units and student groups/cyber armies attempt to dominate the on-line discourse about the war, repeatedly emphasizing  prefabricated, market-tested message points, like blaming Gaza for rejecting a cease-fire that it is repeatedly claimed Israel supported.

In these propaganda dispatches, there is little or no mention of the human slaughter borne by the Palestinians, the lack of proportionality in the casualties and the alternative approaches that might resolve the crisis (and the underlying injustices).

The major U.S. media seems to embrace the Israeli narrative without question or without independent reporting or analysis, much less critically.

Here’s Bloomberg News: “Israel Renews Gaza Bombing After Hamas Rejects Truce Plan.” Here’s the Washington Post: “While Israel Held Its Fire, Hamas did not.” On and on, around the clock.

In many of these accounts, Hamas is described only as “militants,” not a party or elected government. The perennial message: Israel is being reasonable, while Hamas is irresponsible and even wants the death of its own people. It’s always all their fault! You never hear what Hamas is saying or trying to say except in selected snippets of overheated rhetoric used to demonize them.

Israel has moved beyond PR to PM, or “perception management.” Inside Israel, Neve Gordin says the situation is worse, with repeated calls for more military escalation amid neo-genocidal demands for a final solution as in “destroy them all, once and for all.”

In a piece on “Israel’s War Echo Chamber,” he writes: “the public debate today is not whether or not to stop the air strikes but rather whether or not to deploy ground forces. In an opinion column, Channel 2â€²s military correspondent Ronnie Daniel claimed that only ‘a ground operation will extract a heavy enough price from Hamas’ in order to ensure a longer period of peace for Israel. The following day Channel 2â€²s anchor pondered: ‘We wanted Hamas to fall on its knees and so far this has not happened’; and Daniel responded, ‘So far it’s not happening, and the conclusion, in my opinion, is that it has not received enough.’”

Amira Hess, the gutsy Israeli correspondent for Ha’aretz, explains: “Both sides (Hamas and Israel) say they are firing in self-defense. We know that war is a continuation of politics by other means. Israel’s policy is clear (if not to consumers of Israeli media): Cut Gaza off even more, thwart any possibility of Palestinian unity and divert attention from the accelerating colonialist drive in the West Bank.

“And Hamas? It wants to boost its standing as a resistance movement after the blows it took as a governing movement. Maybe it really thinks it can change the Palestinian leadership’s entire strategy vis-a-vis the Israeli occupation. Maybe it wants the world (and the Arab states) to awaken from its slumber.

“Still, with all due respect to Clausewitz, rational calculations are not the only explanation. Let’s not forget the missile envy, whose is bigger, longer, more impressive and reaches farther? The boys play with their toys and we’ve gotten used to calling it policy.”

In all of this swamp of hawkish sludge, what do we make of an alternative explanation embraced by critical writers who follow these events most knowledgably when we hear from them at all. Here’s a peace activist, Richard Silverstein:

“Let’s talk about the faux ceasefire. Really a fraudulent ceasefire. Egypt’s ceasefire with no one. My Israeli source, who was consulted as part of the negotiations, tells me that this was not, in reality, an Egyptian proposal. It was, in fact, an Israeli proposal presented in the guise of an Egyptian proposal. Israel wrote the ceasefire protocol. The Egyptians rubber-stamped it and put it out under their letterhead as if it was their own.

“Jodi Rudoren typically called the ceasefire ‘one-sided,’ meaning Israel honored it and Hamas didn’t.  But it was ‘one-sided’ in a way she hadn’t considered. Only one-side prepared the ceasefire and essentially presented it to itself and accepted it. The other side wasn’t consulted.

“The contents of the ceasefire proposal were a fraud as well. They promised and delivered nothing. They only called for a cessation of hostilities on the part of Israel and Hamas. The same document has been signed in the past only to see Israel violate it almost as soon as the ink was dry. There were no provisions for easing the Israeli siege. No provision to open the border with Egypt. Most importantly, the ceasefire didn’t address any underlying issues between the parties. It was a guarantor for resuming hostilities at the earliest possible opportunity: these wars have come at two-year intervals over the past six years. The next one will be in 2016, if not sooner.”

The Israel newspaper, Haaretz, reported that neither Hamas’ military nor political wings were consulted. So, if this is not a charade, what is? The goal was not to engage Hamas in a peace process, but to create a one-sided media narrative as a pretext and ultimatum for more war. It turns out that Tony Blair, the former pro-Iraq War British Prime Minister, and representative of the so-called “quartet,” arranged the phone call between Israeli and Egyptian officials.

This does not mean that eventually there won’t be negotiations of some kind between the warring parties. Christiane Amanpour spoke with a former Israeli intelligence chief on CNN. He called for negotiations with Hamas.

“Hamas is a very bad option, undoubtedly. But there are worse options than Hamas,” Efraim Halevy, former Mossad chief, said.

“And we already know what some of them might be, especially one of them: the ISIS which is operating now in the northern Iraq and central Iraq has its tentacles in the Gaza Strip too.”

Halevy said that just as in Europe, ISIS is recruiting in Gaza. It is “inconvenient politically,” Halevy said, for both Israel and Hamas to admit that they negotiate. But the truth, he said, is that they have already been doing it for years:

“We have coined a new method of diplomacy in the twenty-first century: we don’t meet with them, we don’t talk to them, but we listen to them. Each one listens to the other side. Somehow in the end an understanding is crafted.

“We have had several rounds with Hamas in recent years, and the previous rounds ended up in agreements arrangements, as it was called ‘arrangements,’ not even agreements.”’

Who knows if such an “arrangement” may be possible now, as it seems clear that Hamas has many rockets yet to fire into Israel. The countries most heavily propagandized by Israel are blindly supportive, but that is not the case uniformly around the world. Israeli fanaticism slowly but surely erodes global support for its posture.

Right now, thanks to bullish TV news programming, war has become a form of militainment for Israeli spectators. The Atlantic’s Debra Kamin reports from the Golan Heights: “People come here every day to see the show,” says Marom, 54, a retired Israel Defense Forces colonel who now works in the tourism industry and regularly brings groups to this point to gaze down on Syria’s bloodletting. “For people visiting the area, it’s interesting. They feel that they are a part of it. They can go home and tell their friends, ‘I was on the border and I saw a battle.’”

Kamin continues: “High above a valley in the Israeli-occupied Golan Heights, Israeli tourists have a panoramic view of this strategically important location, which is also known as the Gateway to Damascus. Tour groups, fresh from jaunts to the area’s wineries, cherry markets, and artisanal chocolate shops, stop here by the dozens each day armed with binoculars and cameras, eager for a glimpse of smoke and even carnage.”

Has this what we’ve come to? Sadly, yes,

Newsdissector  Danny Schechter blogs at Newsdissector.net and edits Mediachannel.org. He made the film “Weapons of Mass Deception” about  media coverage in Iraq, and wrote two books about media misrepresentations there. Comments to dissector@mediachannel.org.