When Republicans engage in voter suppression against likely Democratic voters, they may feel their moves are very clever, ensuring their continued power. But the trust undergirding a democratic culture can be fragile, as the current Afghan voting standoff shows, writes ex-CIA analyst Paul R. Pillar.

The two contenders in the disputed Afghan presidential election do not present a clear choice for us in the West to decide whom to root for, or root against. Both candidates are experienced, credible presidential timber, and we ought to be able to work constructively with either one as president.

Ashraf Ghani is the more westernized of the two. He has a PhD from Columbia University, taught at other U.S. universities, worked at the World Bank, and was finance minister in the post-Taliban government of Hamid Karzai. 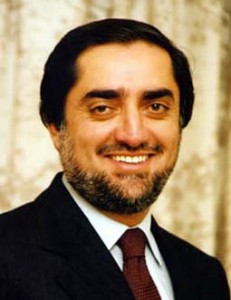 Abdullah Abdullah is a physician (an ophthalmologist) with establishment roots in pre-communist Afghanistan; his step-father was a senior official under King Zahir Shah. Abdullah’s main association with subsequent civil warfare in Afghanistan was as an adviser to America’s favorite guerrilla: the Lion of Panjshir, Ahmad Shah Massoud.

Abdullah served as foreign minister in the same post-Taliban government in which Ghani was finance minister. Abdullah, who is of mixed Tajik-Pashtun ancestry, embodies the ethnic heterogeneity of Afghanistan better than Ghani, who is a Pashtun.

Both candidates seem to be reasonable men. Abdullah’s current talk about setting up an alternative government may not sound reasonable, but it is hardly surprising in view of the prima facie evidence that there was significant fraud in the runoff election.

Abdullah had won a large plurality in the first round and subsequently received the endorsement of the third-place finisher, and yet the announced result of the runoff was that Ghani had won by more than a million votes. Ghani is showing reasonableness by agreeing to a large-scale audit of the vote tally.

The cause of the political crisis in Afghanistan is not, in other words, to be found in the character of the candidates. It is to be found instead in the lack of a political culture that nurtures the habits of thought and behavior critical to the smooth functioning of a stable democracy. Those habits include several involving fairness, inclusiveness, and observance of impartial rules, and confidence that one’s political opponents are displaying those habits as well.

A lack, or a weakness, of such a culture is more the norm in most of the world than the exception. Afghanistan is hardly alone in that respect. The habits and confidence required for a stable democracy are fragile and should not be taken for granted.

It should be enough to remind us not to take them for granted when we see departures from fairness and from respect for democracy in our own system, such as, in recent years, efforts to make voting more difficult in order to suppress votes that would be cast for the suppressors’ opponents.

A failure to recognize the importance of a democratic political culture, its relative paucity in much of the world, and the time it takes to develop one has led repeatedly to the mistaken belief that in a troubled country (be it Afghanistan, Ukraine, Iraq, South Vietnam, or someplace else), if we just pick the right leader and give him enough support, including at times military support, stable democracy will prevail.

In Afghanistan today, we have two respectable contending leaders, and more than 12 years of direct military support, and that still hasn’t done the trick.

It is hard to predict where the current political impasse in Afghanistan will go. Afghans do have a long tradition of striking ad hoc deals as a way of bridging gaps between conflicting political interests. Perhaps that points to the kind of power-sharing arrangements that have been tried after disputed elections in countries such as Kenya or Zimbabwe. But likely fraud on a million-vote scale is a big gap to bridge.

← The U.S. Persecution of Sami Al-Arian
The Brutal Failure of Zionism →

5 comments for “Losing Faith in Democracy”