Exclusive: The persistent European recession has undermined public support for the pillars of the establishment and opened a pathway for a generational change that could reshape the face of the Continent, writes Andrés Cala.

Europe is heading into a generational transition, as younger leaders replace the old guard that has failed to restore the Continent’s economic vitality and as new political approaches are tested to supplant the traditional policies that have so disappointed the people.

Disenchanted citizens across Europe are demanding drastic and sometimes contradictory corrections to the governing failures that are blamed for the high unemployment and the social unrest that have beset large swaths of Europe, particularly across the south. The ongoing political transformation, challenging the centrist status quo sometimes from the right and sometimes from the left, varies from country to country but will determine Europe’s future. 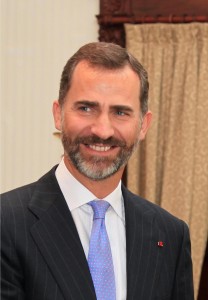 The conflicting choices include whether to seek more integration of the 28-nation European Union or more autonomy for the individual states? Should the 18 countries that use the euro more fully coordinate their budgetary policies while non-euro-zone states have more independence? Should Europe recommit to its liberal welfare system or move to laissez-faire economics? Should the continent become more or less green?

Despite the sometimes sharp contrasts in these choices, this evolution is occurring within the European style, meaning that the public eschews violent revolutions and armed struggles. There may be much noise and discontent, but there is little chance of an EU disintegration or the rebirth of Nazism or other extremist philosophies, at least nothing that could gain a significant hold on the population.

There is also no ringleader of this movement for change. The process appears chaotic, even lacking any significant regional coordination. One nation’s electorate veers to the extreme right; another to the extreme left; yet another toward some oddball anti-establishment party. The only overriding consistency appears to be the alienation felt by the long-term unemployed and the youth, all looking for a way out of the current mess.

Beyond the discontented citizenry, the transition has begun to manifest itself among some in Europe’s hierarchy, with the new king of Spain chastising the parliament for its failure to meet the people’s needs and Pope Francis’s breaking with the Vatican’s extravagant ways.

The chief catalyst for this political upheaval has been the economic crisis, dating back to the Wall Street crash of 2008. The grinding recession has steadily eroded the public faith in governing institutions. But Europe’s embattled establishment is showing no sign of simply giving up.

In recent EU parliamentary elections, traditional parties in most countries won though their margins shrunk considerably and in the case of France and the United Kingdom they suffered embarrassing defeats. The establishment’s fear is that these trends could extend into the more meaningful national elections over the next few years.

European leaders are alarmed that many citizens have come to so fundamentally mistrust institutions, both national and supranational, because of the failure to alleviate the jobless crisis. The European establishment’s reliance on austerity as the prescription to cure the economic ills has stirred populist and nationalist sentiments and heightened euro-skepticism from the left and right.

The most common demands from the political insurgents are for job creation, rebuilding the welfare state, rooting out corruption, replacing austerity with stimulus, and making policy-making more transparent. Some on the Right have also complained about low-wage immigrants from poorer parts of Europe taking jobs from citizens of better-off states.

Yet, traditional parties aren’t offering much beyond pleas for more patience and warnings about dangerous alternatives. But patience is running out and the “dangerous” options are becoming more appealing to Europeans sick and tired of demands from the elites for more belt-tightening among the middle- and working-classes.

Beyond people motivated by the economic malaise, democracy movements are clamoring for a cleansing of the political system that has been stained by complaints about corruption and lack of transparency. Here’s how the major European countries are coping with the crisis:

Of the big countries, Spain has been the hardest hit by the recession, and the transformation there has been profound but not chaotic. The Occupy Movement was born here with protesters camping out in public squares in protest of the financial abuses that created the crisis. Traditional parties are bleeding support from the right and left. Calls for change are almost unanimous.

On June 19, King Felipe VI, who is 46, replaced his father King Juan Carlos, who abdicated to let a new generation take over. “A renewed monarchy for a new era,” King Felipe VI announced in his proclamation speech to parliament.

The ceremony was symbolically austere and the king chastised lawmakers for their failure to fix the country. The crisis “has injured even the dignity of Spaniards,” he said, exhorting legislators to make job creation a priority and to “revitalize institutions.”

The king’s words carry mostly symbolic weight since he has no executive authority, but his comments echo the society’s sentiments. Spain’s ruling elite got another jolt from the results of the EU’s parliamentary elections as Spaniards turned increasingly to alternative parties.

Although the two biggest parties won, each shed at least half of their votes to smaller parties, which together captured 44 percent of the seats, compared to 13 percent in the 2009 election. The biggest gains went to parties against austerity. One of them, Podemos, was only created a month before elections. But the real test will come in the general elections in 2015.

The French also expressed disappointment in the EU. In the EU parliamentary elections, the four biggest parties received only 62 percent of the votes, compared to 88 percent the last time. And practically all those votes went to the National Front, the extreme right, ultranationalist, anti-immigrant, anti-EU party which won more votes than any other party, giving it 23 seats, compared to three in 2009.

Time, however, plays to the French government’s advantage since national elections are not until 2017 when it’s hoped that the economic circumstances in Europe’s second-biggest country will have improved. Still, the FN has been gaining ground consistently over the years and could make further inroads into France’s political structure.

In the EU parliamentary elections, the UK’s Independence Party won, defeating Labour and the Conservatives, the first time in over a century that the two top parties failed to come out on top. The Liberals, who govern in a coalition with the Conservatives, were annihilated.

General elections are in 2015, and polls show a consistent drain of votes from the three top parties, while the rightist Independence Party continues to advance with a euro-skeptic platform similar to that of the National Front in France.

In Italy, the Left surged in the EU elections, while the right-wing populist movement of disgraced former Prime Minister Silvio Berlusconi tumbled along with liberals. The extreme right also lost almost half of its support from the last election. Major gains were made by the Five Star Movement of Pepe Grillo, the anti-establishment politician who is anti-austerity and a euro-skeptic at the same time.

Italy’s renewal movement also has a moral component in reaction to the sex scandals swirling around Berlusconi and the appeals for social justice from Pope Francis. It will be years, if ever, before the Vatican remakes itself with the humility and transparency that Pope Francis seeks, but Europe’s Catholic constituency is getting the Pope’s message: less extravagance for elite institutions and more economic stimulus for EU citizens, especially in Southern Europe.

As the economic motor and the undisputed leader of Europe, Germany drove the austerity agenda as many Germans resented having to pick up much of the tab for bailing out the weaker economies of Southern Europe.

The recession in Germany also was not nearly as severe as it was elsewhere on the Continent. Unemployment remained relatively low and spending cuts were far less painful. The most controversial part of the crisis was in rescuing the rest of Europe.

It’s no wonder then that Germany’s electoral map has not changed as much. The traditional parties overall did not lose much support although there was a modest shift to the left with Social Democrats making gains at the expense of liberals. But some voters did veer to extremes. A neo-Nazi party won representation as did a party that supports online piracy. A satirical party with silly proposals meant to discredit the system nearly won a seat.

It’s impossible to calculate how Europe’s economic recovery will unfold and how quickly it will trickle down to the suffering middle- and working-classes. Thus, it’s unclear if the traditional parties will continue to shrink or will stabilize their positions.

The traditional parties look strong enough to retain power for now, but alternative parties on the Left and the Right, including extreme ones, could continue growing if the establishment can’t develop solutions to the Continent’s economic problems. Anti-establishment parties like Podemos in Spain and Five Star in Italy could exploit the growing alienation between the elites and the people.

At this point, the conservative euro-skeptics appear best positioned to capitalize on the public discontent, but they have little cohesion. It could be that a two-speed Europe emerges, one with minimal ties to Brussels and one with increased integration around the euro currency.

Whatever the case, when it all settles down, Europe will be in the hands of a new generation.