The mainstream U.S. media prefers personalities over substance, so it was perhaps not a surprise that its focus at the first anniversary of Edward Snowden’s NSA leaks was on his alleged peculiarities, not the frightening prospect of a Big Brother state, says ex-State Department official William R. Polk.

After finally getting around to reading the various articles that have come out on Edward Snowden, the latest being the Vanity Fair account, I find them not surprisingly as playing to the gallery — concentrating on his peculiar personality, not the substance of his revelations.

Snowden’s personality is presented as paradoxical (he wanted to be a Special Forces soldier and favored the invasion of Iraq), amusing (he apparently had an adolescent view of espionage), limited (with no education to match his self-taught training), shrewd (building up his stock portfolio for a rainy day), naive (assuming that suddenly the public would accept him as a hero), fearful (expecting a Mafia-style hit), etc. 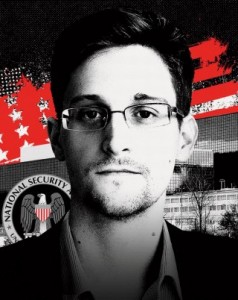 All this is rather titillating, especially, when mixed as it was with sexy pictures of his girl friend. But very little thought was given to what it all means.

Even The Guardian pieces, which do concentrate on the documents, do little to put the disclosures about the National Security Agency’s massive surveillance in perspective. Yet that perspective was there long before Snowden. Sen. Frank Church summed it all up in a sentence or two in his 1975 Senate Committee investigation on intelligence activities:

“If a dictator ever took charge in this country, the technological capacity that the intelligence community has given the government could enable it to impose total tyranny, and there would be no way to fight back. We must see to it that this agency and all agencies that possess this technology operate within the law and under proper supervision so that we never cross over that abyss. That is the abyss from which there is no return.”

It is well-known principle of jurisprudence that major cases, which force consideration of important issues, are often brought by people who may be unimportant themselves and even unappealing human beings. In such matters, the medium is not the message.

Simply put, the real message of Snowden’s disclosures is that there is a growing capacity that could be used by any future government, Left, Right or Center, to subvert freedom completely. As Church rightly said, once the line is crossed, there is no return.

In light of that crucial message while the public may be engaged by Snowden as a personality or rather as an “event” someone needs to do what Church did and discuss what it all means.

Who today can explain how the checks and balances so assiduously incorporated in the U.S. Constitution by our Founding Fathers must be applied to the issue of freedom versus “security”? Indeed, who can explain what “security” really means? Where is today’s Frank Church?

William R. Polk was a member of the Policy Planning Council, responsible for North Africa, the Middle East and West Asia, for four years under Presidents John Kennedy and Lyndon Johnson. He also was a member of the three-men Crisis Management Committee during the Cuban Missile Crisis. He is the author of some 17 books on world affairs, most recently Humpty Dumpty: The Fate of Regime Change and Blind Man’s Buff, a Novel, both available at Amazon.

13 comments for “Treating Snowden as a ‘Personality’”