Though the future of the planet is at stake, President Obama’s latest moves to reduce carbon pollution are drawing the predictable denunciations from right-wing talkers and from politicians afraid of offending the coal lobby, as ex-CIA analyst Paul R. Pillar explains.

Leadership does not consist of simply ordering someone else to do something. Nor does it consist of doing something oneself whether or not it would make sense on other grounds for tasks to be distributed that way.

It does involve persuasion of others of the importance of a task that must be accomplished jointly, and it involves the setting of an example through one’s own conduct of what needs to be done. This characterizes President Barack Obama’s recent step regarding the curbing of emissions from coal-fired power plants. 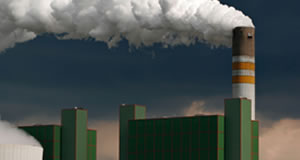 It would be preferable for the nation’s direction on this issue to be enshrined more in legislation and less in executive action. But one does what one can within current political limits. One of those limits is opposition to action on this issue from those whose priorities are weighted heavily toward the short-term, parochial, and pecuniary.

Another is continued denial of the reality of the effect of human activity on the climate, denial that puts the deniers alongside members of the Flat Earth Society.

A constantly recurring theme in criticism of Mr. Obama’s foreign policy is that he allegedly is a weak leader, or when he leads does so only from behind. An action such as his recent move on power plant emissions highlights how such accusations, insofar as they are not just opposition for the sake of opposition, really aren’t about leadership at all but instead about disagreement on the substance of whatever issue is at hand.

Much criticism of the President has combined an image of him as a weak, stay-in-the-rear leader on foreign policy with a picture of an over-reaching, rule-flouting chief on domestic policy. Opponents will catalog the new rules on power plants in the latter category.

Efforts to curb destructive emissions are ultimately a foreign policy problem, however, because Earth is a single planet with a single atmosphere. Pollution problems vary with the locale, and it may be sensible practical politics for the President to talk about respiratory problems among American children, but climate change is global.

The heaviest lifting will involve getting China and other heavy polluters to do their part. It is a task as troubling and challenging as any that involve China using dashed lines on maps to make territorial claims.

The task is hard enough given the belief of developing countries that the United States and other Western nations already had their opportunity to develop and to become prosperous and to pollute with impunity as they did so. It would be discriminatory, according to this belief, for late developers to be subject for environmental reasons to more economic restraints than early ones.

The least the United States can do, to keep this task from being any harder than it has to be, is to exercise leadership by setting an example and cleaning up its own act.

President Obama also gets criticized for playing small ball in foreign policy, a criticism he partly brings on himself by talking about hitting singles and doubles rather than home runs. Stopping climate change is not small ball. Saving the planet would be a home run.

Small ball is played by those, Democrats as well as Republicans, who would rather talk about the health of the coal industry in Kentucky than about the health of the planet. And small ball is played by those who cannot or will not see beyond the powering of most of the world’s economy through any means other than burning what alternative energy guru Amory Lovins has called “the rotten remains of primeval swamp goo.”