The battle over the FCC’s plans for limiting “Net Neutrality” and giving a speed advantage to the people who can pay a premium is heating up as protesters bring the fight to Washington, writes Michael Winship.

“Occupy Maine Avenue” may not have quite the same zing as “Occupy Wall Street,” but protesters camped outside the Federal Communications Commission’s headquarters on Maine Avenue in southwest Washington, DC, are just as determined to be seen and heard as those who set up camp in Manhattan’s Financial District in 2011.

The message is simple but crucial: protect the concept of Net neutrality and preserve an open and free Internet for everyone, no fast lane of access for the one percent willing to pay luxury rates while the 99 percent sit and wait in the slow lanes. 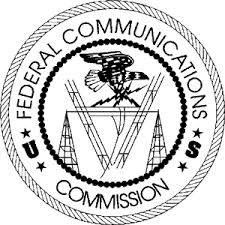 The FCC meets to discuss new open Internet rules on Thursday morning. There’s still time to make your own voice heard. Normally, the commission imposes a blackout on public comment in the seven days before a meeting. In this case, they’re making an exception. And Thursday’s meeting, no matter what’s decided, will just be the beginning of weeks of debate and protest that are bound to be contentious.

In any case, the letters, petitions, emails, telephone calls and protests already have been working. According to TIME magazine’s Sam Gustin, FCC Chairman Tom Wheeler “appears to have misjudged public opinion and fellow commissioners as a campaign is mounted to urge him to adapt his proposal on allowing broadband providers to strike special deals with Web giants for preferential treatment in the ‘last mile’ to consumers.”

“Chairman Wheeler is feeling the grassroots pressure against his pay-for-prioritization proposal,” says Craig Aaron, president and CEO of Free Press. “But he still isn’t giving Internet users the Net-neutrality protections they demand. He needs to abandon the flimsy and failed legal approach of his predecessors and reclassify Internet service providers as the common carriers they are.”

Meanwhile, demonstrators continue to arrive at FCC headquarters. The Washington Post reports, “The protesters are apparently being heard.”

A spokesperson for FCC Commissioner Ajit Pai confirmed that Pai came out and chatted on Friday with the protesters, some of whom have been camped out since May 7. While Pai, a Republican, opposes Net neutrality regulations, the discussion was cordial, according to Kevin Zeese, a Baltimore-based criminal lawyer and Net neutrality advocate.

Other FCC staff members, even a security guard, have high-fived some members of the group in solidarity as they passed in and out of the building, said Zeese.

You can join the protesters in DC, a rally begins at 9 a.m. Thursday, or plan to participate in MoveOn demonstrations planned for the day in the 24 cities where the FCC has field offices (here in Manhattan, it will be held at noon, 201 Varick Street, at Houston).

You can still try to call the FCC, 1-888-225-5322, send an email to openinternet@fcc.gov or direct a tweet to Tom Wheeler @TomWheelerFCC. The Thursday FCC meeting is open to the public and available for viewing on the commission’s website, starting at 10:30 a.m.

And remember, Thursday’s FCC vote on a “notice of proposed rulemaking” is just the beginning.

—Save the Internet has a sample script, an email petition and instructions on how to call Wheeler and request that the chairman abandon his proposal.

–Using WhiteHouse.gov’s We the People site, critics of the new proposal have also launched a petition, calling for “nothing less than complete neutrality in our communication channels.” It already has over 40,000 signatures.

–A second petition asks the FCC to reclassify broadband as a regulated common-carrier service, which means it would have to be open to all, and serve all customers without discrimination. Currently broadband is classified as an information service, a category that gives the FCC a fairly limited set of regulatory options.

–There are a number of other organizations that are working on maintaining Net neutrality, including: Access, CREDO Action, Common Cause, Demand Progress, Fight for the Future, Free Press, Open Technology Institute, Public Knowledge, Voices for Internet Freedom