Even before Los Angeles Clippers owner Donald Sterling became known for his racism, he was recognized as one of basketball’s most inept executives with his team rarely making the playoffs. Now, with him banished from the NBA, Bob Katz wonders if there’s a way for the public to own the team.

For all those hoping the Donald Sterling debacle will signal a significant turning point, there exists a far better resolution than transferring ownership of the Los Angeles Clippers to Oprah, Magic, David Geffen, or another high-profile mogul flush with cash.

In fact, there is no need whatsoever to continue with private ownership. Pro sports franchises, even ones as ineptly managed as the Clippers, are almost guaranteed to be profitable (the Clippers reportedly earned $15 million last year), a fact that is disclosed every time the owners’ claims of financial hardship drag them to the bargaining table with players’ unions. 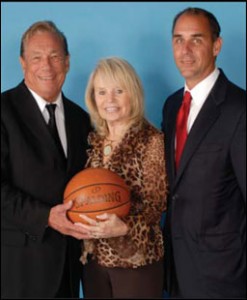 Private capital is not needed to run these teams. The alleged shrewdness of mind and fiscal discipline, benefits touted as virtues that come attached to capital investment, can hardly be a requirement in pro sports ownership. Witness the billionaire fools in this respect, Sterling is far from alone who’ve merrily owned basketball, baseball, and football franchises over the decades.

The Clippers should be sold to the city of Los Angeles, or Los Angeles County, or a community-based ownership structure comparable to the non-profit (yes, non-profit!) corporation that since 1923 has run one of the most storied and successful franchises in all of sports, the Green Bay Packers.

Some 364,122 fans and supporters hold slightly more than 5 million shares in the Packers. To preclude anyone seizing control, no person is allowed to own more than 200,000 shares. When the team needs to raise additional funds, say for a renovation to Lambeau Field, they do not shake down the local taxpayers or threaten to pick up and move to a sunbelt city offering sweetheart incentives. They simply arrange a sale of additional stock.

The Packers will never move away from Green Bay, easily the worst media market in all of pro sports, and possibly the worst weather. And Packers players and coaches and fans will never find themselves humiliated by egocentric morons who can do what they want because the team is their toy.

Note: the Packers unique ownership structure pre-dates the modern, corporatized NFL, which allows teams to be owned only by single owners, or small groups of owners.

If Geffen, Oprah, and Magic, et al really want to demonstrate their fervor for a multi-racial and fair society that reflects what they and so many others believe the sports world can exemplify, they now have a spectacular opportunity to do the right thing.

They should renounce their pursuit to take over the disgraced Sterling’s ownership privileges and should put their influence and resources behind a campaign to have the Clippers sold somehow, via some mechanism, to a community-based entity representing the people and fans of greater Los Angeles.

Now that would be transformative. And there’s not a good reason, legally or financially, that it cannot ultimately be finessed . . . except for the opposition of other NBA owners, who should know that the nation is watching to see if the admiration they’ve been lately flaunting for the great sporting public and “We Are One” style collective action is merely camouflage for business as usual.

Bob Katz writes frequently on sports and society. He is author of the novel Third and Long (www.3rdandlong.net) and a non-fiction book about the challenges facing a college basketball referee, to be published in January, 2015.