For decades, the Catholic Church has alienated many followers with its rigid stance on sexual behavior and marriage. But there are indications that Pope Francis is seeking a less judgmental approach toward these issues, as moral theologian Daniel C. Maguire notes.

Liberal critique of Pope Francis says that while he merits praise for rediscovering the biblical concern for the poor and for his explicit condemnation of “neoliberalism” (the greedalism that dominates right-wing economics), he has not moved to serious reform of the Catholic Church.

Wrong! The pope is undermining the hierarchical authority structure and he is doing so by retrieving liberating Catholic traditions that were carefully hidden away in the church attic. 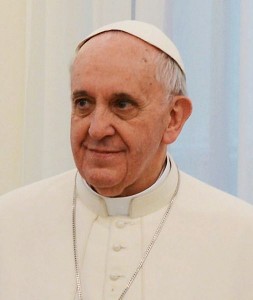 Case in point: the Associated Press reported on a phone call from the pope on April 21 to a woman in Argentina who had written to him for guidance. Jacquin Lisbona wrote because she is married to a divorced man without benefit of a church wedding. So, the parish priest forbids her to receive the sacraments of the church.

Pope Francis, who is Argentina’ former archbishop, Jorge Mario Bergoglio, called Ms. Lisbona, introducing himself as “Father Bergoglio.” According to the report the pope told her to ignore the parish priest, recognize that she is without sin, and, if necessary, go to receive the sacraments at some other parish. The pope is reported to have said that some Catholics try to be “more papal than the pope.” (The AP story appeared in the Milwaukee Journal Sentinel on April 25).

The reported phone call went viral and caused alarm in the Vatican. But no denial came forth from Pope Francis! Therefore, in a move unparalleled in modern times, the Vatican spokesman, Rev. Federico Lombardi, issued a statement saying that the pope’s telephone conversations did not change church policy barring Catholics from the sacraments if they remarry after a divorce.

Fr. Lombardi is wrong, but only partly so. The pope’s decision here did not change Catholic policy; it simply retrieved a Catholic policy called Probabilism, which was developed largely by Dominican and Jesuit theologians. Probalism follows the principle ubi dubium, ibi libertas, where there is doubt there is freedom.

On a debated moral issue where there are good reasons and good authorities on both sides of the debate, the Catholic conscience is free to choose. This is exactly the case on the legitimacy of remarrying after divorce.

For decades, highly qualified Catholic theologians have defended the right to remarry after a divorce. The experience-fed wisdom of the faithful, called in Catholic theology the sensus fidelium, has long endorsed the liberal view on remarriage while others cling to the more rigid and prohibitive view. That means the issue is in doubt and the faithful are free to make the decision to remarry and remain fully active Catholics.

The pope simply applied this hallowed teaching, used centuries ago by his predecessors, and lifted the woman’s unjustified stigma of guilt.

Bishops of the world should take heed. American bishops are harassing President Barack Obama and his health care plan that is bringing health care options to millions saying it violates Catholic teaching on contraception. It does not. The majority of Catholic theologians and people and some Catholic bishops see contraception not as a sin but often as a duty. Even Pope Benedict, the conservative predecessor to Pope Francis, grudgingly allowed that condoms could be used to prevent HIV-AIDS infection.

Pope Francis has called for a synod in October to discuss a number of issue including contraception, marriage and divorce. And he is seeking input from Catholic people as well as Catholic theologians and bishops.

Pope Francis is a subtle and sophisticated man. He knows the impact of his apparently off-the-cuff comments to the press on homosexuality (“who am I to judge”) and his phone call on the subject of remarriage after divorce. Like Pope John XXIII he is opening windows in the musty old church and fresh winds are blowing that will not be blocked by feeble Vatican disclaimers.