Israel is using the latest rapprochement between the PLO and Hamas as the newest excuse to reject peace talks. The charge is that Hamas is “terrorist” although the same label has been applied to the PLO and indeed to some of Israel’s own leaders, as ex-CIA analyst Paul R. Pillar notes.

There is little reason for anyone to get very exercised, either with enthusiasm or with dismay, over the latest announced reconciliation between Hamas and the Fatah-dominated Palestine Liberation Organization. After all, such unity agreements between these two entities have been announced in the past and never went very far.

Maybe something more will come from this one, but that prior record should put the possibilities into perspective. Palestinians have politics just like other people do, including chronic differences of view and the occasional gesture that makes it look like all of those differences have been overcome even if they haven’t. 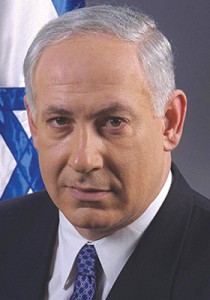 But we should be dismayed, though not surprised, by how the Israeli government, with the United States falling in line behind it, has reacted to this announcement, just as those governments have reacted to previous announced agreements between Hamas and the PLO. That reaction essentially consists of invoking a label or slogan as if it were an acceptable substitute for policy.

Hamas is said to be a “terrorist” organization and as such not an acceptable interlocutor for negotiations. (In fact, Israel has engaged in extensive and detailed negotiations with Hamas over exchanges of prisoners.) Terrorism is a tactic, one whose use comes and goes, not a fixed category of people or of groups. If previous use of that tactic were to be a negotiating disqualifier forever, a lot of useful business would not get done, including on the very conflict at hand.

We went through all this with the PLO; there was a time when Israel was vehemently opposed to anyone even talking to the PLO, much less negotiating with it, and went as far as assassinating the organization’s representatives to try to keep the United States from talking to it. The birth of the state of Israel also included much terrorism, perpetrated by men who went on to become top leaders of Israel.

The Israeli prime minister says Hamas is “dedicated to the destruction of Israel.” Actually, Hamas leaders have repeatedly made clear a much different posture, one that involves indefinite peaceful coexistence with Israel even if they officially term it only a hudna or truce. It would be more accurate to say that Israel is dedicated to the destruction of Hamas, an objective that Israel has demonstrated with not just its words but its deeds, including prolonged collective punishment of the population of the Gaza Strip in an effort to strangle the group.

Such efforts have included large-scale violence that, although carried out overtly by military forces and thus not termed terrorism, has been every bit as lethal to innocent civilians. In such circumstances, why should Hamas be expected to be the first to go beyond the vocabulary of hudna and mouth some alternative words about the status of its adversary?

The Israeli and U.S. reactions do not seem to take account of the fact that the terms of the announced Hamas-PLO reconciliation are undetermined and still under negotiation. The agreement can involve Hamas moving much more toward the posture of Abbas and the PLO than the other way around.

Palestinian Authority representatives already have indicated that there will not be a change in its fundamental stance of recognizing Israel and seeking to resolve the conflict with it peacefully through negotiations. Hamas representatives have pointed out that support for a governing coalition with an established set of policies does not require each party that is part of that government to express identical policies on its own behalf. In fact, that is true of coalition governments everywhere. The coalition government in Britain does things that you won’t find in the Liberal Democrats’ platform.

Members of the current Israeli government certainly should understand this principle. Members of that government who are even more extreme than Benjamin Netanyahu have called for Israel to annex immediately all or most of the West Bank, which would be flagrantly inconsistent with the whole concept of negotiating an agreement with the Palestinians. Does that mean the Palestinians should no longer negotiate with the Israeli government?

There is good circumstantial evidence to suggest that it will indeed be Hamas that will be making more of the concessions in any bridging of gaps between it and the PLO. Although the unity announcement reflects weakness of both of the Palestinian parties, Hamas is currently the weaker of the two, in the wake of the Egyptian military’s coup and campaign against the Muslim Brotherhood and Egypt’s resumption of participation in the strangulation of Gaza.

The same self-contradictory posture was exhibited in 2006, when Hamas did the most that any party could do to be accepted as a legitimate, peacefully installed representative of its people, it contested and won a free and fair election, but then Israel and the United States refused to recognize the election result. That not only contradicted the rationale for not talking to Hamas but also contradicted a supposed commitment to democracy.

Greater unity and cooperation between Fatah and Hamas is fundamentally a good thing for whatever possibility remains of a negotiated two-state solution, because a single Palestinian negotiating team that can plausibly and legitimately speak for the Palestinian people as a whole is necessary for reaching such an agreement.

The reality of the Gaza Strip cannot be wished away. In the meantime, however, this latest announcement has become yet another excuse for Netanyahu not to negotiate seriously or not to negotiate at all.

← Beneath the Ukraine Crisis: Shale Gas
The Iron Law of Oligarchy Returns →

3 comments for “Hamas and the Tyranny of Labels”