America’s neocons and their allies want an escalating confrontation with Iran, not a negotiated solution to the nuclear issue. So they seek out hot buttons to anger Iran and make President Obama’s job harder, such as blocking Iran’s choice of UN ambassador, writes ex-CIA analyst Paul R. Pillar.

The Obama administration has to perform a balancing act in handling the Iran account. On one hand it has the task, along with its diplomatic partners, of completing negotiations with Iran of an agreement to place unprecedented limits on the Iranian nuclear program to assure that it remains peaceful. Although the negotiators still have to iron out many details, this is actually the more straightforward part of the act.

The negotiations are on track, Iran is abiding by the terms of a preliminary agreement, and there is clear shape to a prospective agreement that would support nonproliferation goals as well as drawing down sanctions that have been damaging to the United States as well as to Iran. 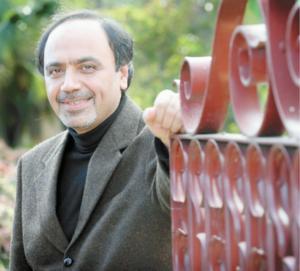 The other part of the balancing act, which is the more troublesome part, is to deal with forces that are opposed to any agreement with Iran and are endeavoring to undermine the negotiation of one. These forces include most conspicuously the current government of Israel and its American supporters, who want to keep any Iranian competitor for influence permanently estranged and to keep the specter of an Iranian security threat around forever as a focus of attention.

They include American neoconservatives, who when they were giving us the Iraq War assigned Iran to the Axis of Evil and told the Iranians to “take a number.” They include political opponents of Barack Obama who reflexively oppose anything he favors and see a political incentive to sabotage what would be one of his most significant foreign policy achievements.

These elements overlap a lot and collectively do not constitute as large an opposition as this fractionated description might suggest. But anything they do under the label of opposing Iran is supported by the perceptual habits of a larger American public that has become accustomed to seeing Iran as nothing but an adversary to be confronted and opposed.

The administration has to manage these destructive forces, in a combination of parrying and propitiating, so as not to allow them to ruin the negotiations. This partly involves doing and saying certain things to display strength and resolution toward Iran, to refute accusations that the administration’s posture is one of weakness and to demonstrate that the agreement that emerges from the negotiations will be the best that could be obtained.

It also involves allowing people from time to time to let off some anti-Iranian steam. This applies not so much to those who are determined to sabotage a negotiated agreement anyway but rather to members of Congress who feel a need, given the political climate in which they have to operate, periodically to make confrontational gestures against Iran.

Thus the administration is prudent not to go to the mat over some gestures that, although they may be more directly unhelpful than helpful to the negotiations and may be promoted by those whose motives are ignoble, take steam and energy away from other possible measures that would be even more destructive.

We have seen this recently with some congressional letters that were a substitute for what would have been much more damaging sanctions legislation. We may be seeing it again with the denial of a visa to Iran’s newly designated ambassador to the United Nations, Hamid Aboutalebi, following Senate passage of legislation that would have had the same effect.

It is not true, as has been widely asserted, that there is a “security exception” permitting such a denial. The U.S. law implementing the U.N. headquarters agreement speaks of security considerations as a possible reason for limiting travel of duly designated national representatives to the U.N. headquarters district, not for denying access to the district itself. For the law to read otherwise would have made a mockery of the headquarters agreement that placed the United Nations at Turtle Bay in the first place.

In any case, it is hardly plausible that Aboutalebi, who is now a senior diplomat who has served as ambassador to Australia, Belgium, Italy, and the European Union, poses a security threat today.

If one looks beyond international legal obligations, there is room for arguing back and forth about denying a visa to Aboutalebi. If one were to take a stand in favor of reasonableness in policy toward Iran, this might not be the best place to take it. Although Aboutalebi has served as ambassador to other Western countries, it was the United States that was the victim of the hostage-taking in Tehran in 1979.

That was an inexcusable terrorist act. All those who participated in it share responsibility for it. That a particular individual played a lesser role than some others does not absolve the individual of all responsibility. Nor does the notion of youthful indiscretion hold water, as a matter either of personal integrity or of affecting the incentives of youthful would-be perpetrators of similar acts in the future.

Of course, the United States has hardly applied any such standard consistently in deciding whom to do business with. Menachem Begin and Yitzhak Shamir come immediately to mind (appropriately so, as former heads of Likud governments in Israel, given the origin of much of the current opposition to diplomacy with Iran) as two who were welcomed to the White House as foreign leaders despite having been up to their eyeballs in terrorism.

In their cases, it wasn’t just providing interpretation services to kidnappers but instead being leaders of terrorist gangs that killed many innocent British and others in the 1940s. U.S. inconsistency, however, does not necessarily excuse whatever is the most recent episode of inconsistent policy.

How exactly the Aboutalebi matter will affect the political and diplomatic dynamics between Tehran and Washington remains to be seen. Iranian President Hassan Rouhani has his own destructive hardliners to deal with, and this newest demonstration of U.S. unwillingness to deal normally with the Iranian government complicates his task in the first instance.

But perhaps his government can partly turn the situation around, as it shows signs of doing already, by using it as an occasion to demonstrate its own ability to take a hard-nosed stance against the United States. We should hope that the U.S. and Iranian governments are finding a way to communicate and commiserate privately about how they both have to play this kind of game from time to time if they are ever to get to a more normal relationship.

The fundamental underlying observation to make in evaluating this affair is that the Obama administration’s most difficult Iran-related task right now is not finding the right formulations in writing an agreement with the Iranians. It is heading off the attempts to sabotage an agreement.

Looked at this way, the otherwise unsupportable denial of a visa might be a prudent way of reducing the chance of something even more damaging, and of increasing the chance of moving Iran in a direction that achieves the nuclear nonproliferation goal while making inconceivable anything like a replay of the 1979 hostage-taking. Maybe for that reason it makes some sense for the administration to go along in this instance with the anti-Iranian huffing and puffing of the likes of Ted Cruz and Charles Schumer.