Although it looked for a time, after the latest breakdown of the Israeli-Palestinian “peace process,” that the notion of trying to buy some cooperation from Benjamin Netanyahu by freeing the spy Jonathan Pollard had expired along with talks, it appears that a stake still has not been driven through this really bad idea.

It should be. Pollard’s record has not changed. He was responsible for one of the most voluminous thefts of U.S. secrets ever. He is nobody’s patriot, having been paid handsomely for his betrayal and having tried to peddle his pilfered secrets to other governments in addition to Israel’s. 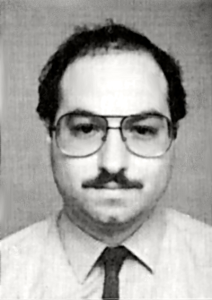 And please, let us not hear any more the gratingly oxymoronic comment that leniency should be shown to Pollard because he was “spying for an ally.” Label Israel however you want, and there are good reasons, including ones involving misuse of U.S. secrets, to question the label “ally”, but espionage is a hostile act. Insofar as anyone acts this way, they are not acting as an ally.

To release Pollard short of his duly pronounced sentence would be another blow against public understanding of the reality that it is impossible to have any effective program of national security without secrets. That understanding already has been weakened lately with the badly inappropriate lionization of another wholesale stealer of U.S. secrets, most of whose disclosures have had nothing whatever to do with the privacy rights of American citizens on whose behalf he claimed to be acting.

The sort of trade involving Pollard that has most recently been contemplated would hardly buy anything anyway. At most it would keep going for a short additional time talks that were going nowhere. To make them go somewhere would require a fundamental decision by the Israeli government to trade conquered land for peace, and releasing Pollard would not bring about such a decision.

Think about what such a trade would say about the issues under negotiation and especially about the Israeli position on such issues. It would show that whatever the Israeli government was holding out on before and that became part of the trade was not really a matter of principle or of Israeli security as had been claimed.

It would reveal the whole business to be tawdry bargaining, of the sort that strings along a process enabling the Israeli government to appear to be working toward a two-state solution without really doing so, rather than a genuine and focused pursuit of peace in partnership with the Palestinians. And it would enable Netanyahu to reap whatever short-term domestic benefit comes from winning release of the spy.

Maybe Netanyahu has no shame in being part of such dealings, but it would be demeaning to the United States. It would show the Obama administration to be so desperate for what it would bill as a diplomatic success, or rather, just the absence of failure, that it was willing to play Netanyahu’s cheap game. It would give political benefit to a government that has caused much trouble to U.S. interests. And it would not divert Israel from a course that is over the long term destructive to Israel’s own interests.

The one good thing about Pollard being eligible for parole next year is that, if he is in fact paroled, the sordid idea of releasing him early in a deal with Israel will finally be gone once and for all.

← When Is a Putsch a Putsch?
Reagan-Bush Ties to Iran-Hostage Crisis →