Wall Street banks made a bundle on securitized subprime mortgages until the bubble began to burst in 2007 inflicting devastating harm on average people around the world. Yet, despite government rhetoric to the contrary, the key culprits have escaped punishment, writes Danny Schechter.

We were all victims of the financial crisis that began in 2007 (not 2008) but some of us suffered more than others. And, hundreds of millions of us are still living with the painful aftermath as its consequences began to be felt worldwide.

The first order of business in Washington back then was to bail out the victimizers, who have done quite well, thank you very much, in rebuilding their citadels of profit. They were only marginally inconvenienced by some fines that were finally assessed in lieu of jail sentences. That money was paid by the financial institutions and their shareholders, not by the decision-makers who were never held accountable. 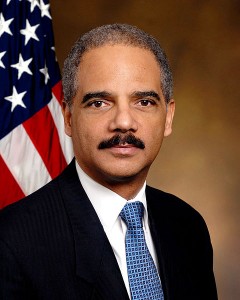 We have all read about the outrageous compensation schemes that rewarded offending executives, even as the media has finally discovered the nation’s deepening income inequality. The fines that were assessed were written off as a “cost of doing business” just as fraud became a way of doing business.

Many of the people who were hurt the most by the crisis were homeowners conned into taking unaffordable loans. Their numbers are huge as many as 14 million families were dislocated through foreclosures of questionable legality enforced by complicit courts and compromised law enforcement agencies.

These victims have been disproportionately minorities, and not just the mortgage holder that was harmed but their families, neighborhoods and children. This crisis devastated black and Latino communities who were encouraged to buy into the American “dream” of home ownership. But they were hardly the only ones who lost everything as a result of scams and frauds.

The Obama Administration made saving Wall Street its priority through the efforts of pro-business functionaries, such as Larry Summers, Tim Geithner and Peter Orszag, the boy wonder White House Budget Director who is now fighting his ex-wife in divorce court to hide the millions of dollars he’s made since slithering from government to CitiBank.

Of course, the “progressive” Obama supporters knew about the millions of people who were forcibly dislocated, some to go homeless, others to live in cars and forests or packed into the overcrowded residences of relatives. Their dispossessions had other costs: their marriages, their kids missing school, and even their voting registration status.

Five years after the crisis 17 months ago Attorney General Eric Holder got around to addressing this deplorable, or should I say, criminal situation. He announced the Distressed Homeowners Initiative in what Bloomberg called a “carefully scripted event.” He announced charges against 530 criminal defendants, including 172 executives.

“Similarly, Justice originally said the losses to homeowners were $1 billion. It later cut that figure to $95 million, while the number of victims was revised to 17,185 from 73,000, and the department hadn’t tracked how many of them were executives.”

Considering reports that as many as 14 million Americans suffered, this is, on its face, pretty pathetic and perhaps even worse than that. This March, the Inspector General of the Department of Justice’s own audit division issued a report. They couldn’t make sense of the numbers cited by their own boss and found that rather than leading the charge against mortgage fraud, the Department of Justice was making it worse.

Read this: “The Department’s October 9, 2012, press release and the press conference transcript of the Attorney General’s remarks, both available on the Department’s website, now include disclosures citing the inaccuracy of the originally reported statistics, and the language in each has revised wording and statistics based on the FBI’s August 2013 memorandum.

“Despite being aware of the serious flaws in these statistics since at least November 2012, we found that the Department continued to cite them in mortgage fraud press releases that it issued in the ensuing 10 months. We believe the Department should not have continued to issue press releases with these statistics once it became aware of the serious flaws.”

They found that the stats on criminal fraud were, er, fraudulent and misled the public. It gets worse. What we have also learned is that a government publicly decrying mortgage fraud and saying it had reached “crisis proportions” made eliminating the fraud its lowest priority.

Reports the New York Times, “the F.B.I. considered mortgage fraud to be its lowest-ranked national criminal priority. In several large cities, including New York and Los Angeles, F.B.I. agents either ranked mortgage fraud as a low priority or did not rank it at all.” And this, after Congress pumped $196 million from 2009 to 2011 to fund Holder’s vow to “fight back.”

The truth of all of this which few cover as well and intensely as the writer Mandelman is that the government’s policy to stop foreclosures masks a practice of encouraging foreclosures in a housing market that has not recovered, even as bank profits have.

Mandelman reports: “The government’s plan to increase the number of homeowners unable to make their mortgage payments in order to boost the number of foreclosures is about to start working more effectively, as tens of thousands of HAMP modifications that lowered rates to teaser levels in 2009 and 2010, are about to experience payment shock once again.

“The program, known by the acronym HAMP, which stands for ‘How About More Problems,’ that reduced rates for borrowers to two percent a few years ago, are about to start seeing their rates heading back up to 4 5.4% according to a TARP Inspector General Report. Treasury estimates that 30,126 mortgage payments will reset to higher rates starting this year, so with any luck we should see foreclosures rising again soon.”

Talk to me Mr. Holder. Aren’t you supposedly and nominally in the business of dispensing or at least insuring justice? You should be ashamed!

Could these discrepancies and deceptions be a possible cause of your recent physical problems? Lying can’t be good for your health. Sadly, you and your boss don’t seem to care much about the financial crimes you claimed you were determined to put an end to.

Oh, yes, we have all read about the massive fines imposed on the subcrime lenders and the big banksters they work with, but much of that money went to the Treasury, not the victims, as CEO salaries rose. So, instead of battling these massive crimes, the government has compounded them. Gotcha.

News Dissector Danny Schechter first exposed subprime lending in his film, “In Debt We Trust,” in 2006, warning of the disaster to come. He detailed the problem in his book on financial scams, The Crime of Our Time (Disinformation Books) in 2010. Not much has changed. Comments to dissector@mediachannel.org

← Neocons Have Weathered the Storm
Can Obama Speak Strongly for Peace? →