Many analysts expect Secretary of State Kerry’s Israeli-Palestinian peace talks to fail like all previous ones, but there is a chance that the isolated Palestinian Authority will acquiesce to Israeli demands. If so, what’s the future of the BDS movement, asks Lawrence Davidson.

Much has been made of the rising influence of the Boycott, Divestment and Sanctions (BDS) movement against Israel. Indeed, there is a growing sense that the boycott power of civil society, particularly as it is manifesting itself in Europe, is on track to repeat history, to do to Israel what it once did to South Africa.

Simultaneously, there is the persisting assumption that the latest effort at negotiating a settlement to the Israeli-Palestinian conflict, now being managed by Secretary of State John Kerry, will go down the same ignoble path as all its predecessors, i.e. failure. 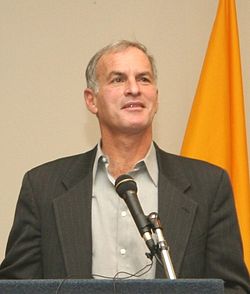 ã€€
But not everyone agrees with this. In an interview given to the New Left Project, posted online on Jan. 11, Norman Finkelstein (a well-published critic of Israel) presents a different scenario. Finkelstein firmly believes that Kerry’s efforts will bear fruit and thus, before the end of President Barack Obama’s term in office, Israel and the frankly unrepresentative Palestine Authority (PA) will come to terms.

ã€€
Finkelstein explains that the classic debate over Israel’s illegal settlement blocs is over and, on this issue, Israel has won. It will be allowed to absorb the major settlements and thus render any Palestinian entity geographically dubious. The right of return so dear to Palestinian refugees will also be abandoned by the PA.
ã€€

As a consequence, “negotiations” have boiled down to two issues: the Israeli demand that the Palestinians recognize Israel as a “Jewish state” and the final status of the Jordan Valley. Finkelstein predicts that the first issue will be solved by describing Israel as “the state of the Jewish people and its citizens,” thus affording alleged legal protection to Arab-Israelis, and correspondingly, Palestine will become “the state of Palestinians and its citizens.”

Regarding the Jordan Valley, Israel will slowly withdraw from the area. Finkelstein’s comment on this is that “Israel is adept at ‘conceding’ things to which it has no title in the first place.”ã€€
ã€€
Finkelstein describes the “Palestinian leadership” as “irredeemably corrupt, incompetent and stupid.”

He is only slightly kinder in his description of “Palestinian supporters abroad,” who, he says, are “not acting smartly.” He discounts boycott achievements in the U.S. and believes that those in Europe should be thought of as pressure tactics in support of Kerry’s efforts.

Palestinian solidarity groups “carry on as if the Kerry process is a meaningless sideshow, something that can safely be ignored,” Finkelstein said, calling this attitude a big mistake. He added that the possibility of real Palestinian self-determination will be gone before these supporters know what has hit them.ã€€
ã€€

What If That’s Right?

Whatever one might think of Norman Finkelstein and his prognostications, it would be wise for those supporting BDS and Palestinian rights toã€€ consider how they might react if, against all odds, Secretary of State Kerry succeeds. So let’s think about this.
ã€€

Such a settlement (at least as described by Finkelstein) would transform a good part of the West Bank’s occupied territory into “sovereign” Israeli land and set up a truncated Palestinian entity to which Palestinian refugees could “return.” Some might question whether there would remain a rationale for continuing to boycott Israel. The BDS movement could lose steam, at least temporarily. But would it and its goals dissipate all together? ã€€
ã€€

Probably not. What would ultimately save the BDS movement is Israel’s leadership itself, driven as they are by the inherently racist nature of the Zionist ideology. In other words, Israel’s policymakers can be safely relied upon to be true to character.

Take the “politically moderate” Finance Minister Ya’ir Lapid ,who recently told an Israeli audience, “the issue [is] we need to get rid of the Palestinians. It threatens us, it chokes us.” As a result of this commonly shared attitude, the ethnic cleansing of Palestinians (and other non-Jews such as asylum seekers from East Africa) within Israel’s territory will continue apace.

To put it another way, the 67-year-old effort to harass most non-Jewish citizens and residents out of the country will greatly intensify. The BDS campaign conducted against South Africa was a reaction against that society’s racist culture and policies. There is no reason why a powerful BDS movement cannot be sustained against Israel on the same basis.
ã€€ã€€

But Norman Finkelstein may be wrong. It might be that the well-informed journalist Jonathan Cook is correct when he observes that “despite outward signs [Israeli Prime Minister] Netanyahu [is] far from ready to compromise.”

Cook claims that Netanyahu has “the bulk of the Israeli public behind him. But most importantly he has a large chunk of the Israel’s security and economic establishment on his side too.” As a result, Cook says, “These negotiations may not lead to an agreement, but they will mark a historic turning-point nonetheless. The delegitimization of Israel is truly under way, and the party doing most of the damage is the Israeli leadership itself.”

I think that the BDS movement, and more generally the movement for Palestinian rights, should be able to survive either way. If Cook is right, not only survival but rapid growth of the movement can be expected. If Finkelstein is correct, the situation will prove more complicated.

Cook is certainly right about one thing: we are at a crossroads, but where exactly the situation might lead us is not as clear as he and Finkelstein suggest. This means that those who support the Palestinians no matter in what format should think about these possibilities. There is as yet lead time to formulate suitable contingencies.

2 comments for “The Future of the Palestinians”