Exclusive: As Tea Party and Evangelical right-wingers consolidate control over Republican “red states,” the GOP is dividing into something like two political parties, pitting the very conservative against the very, very conservative, as Richard L. Fricker observes in Oklahoma.

Across swaths of “red” America the Deep South and some Prairie and Rocky Mountain states Democrats have disappeared as a competitive party and the Republicans are effectively splitting into their own two-party system, conservatives vs. ultra-conservatives, with candidates often one-upping each other with far-right ideas.

Though the media has often depicted this division as Tea Party vs. Establishment, it often plays out with the various Republican candidates vying to come up with a distinctive proposal or set of proposals that appeals to both conservative-minded business executives and right-wing activists. 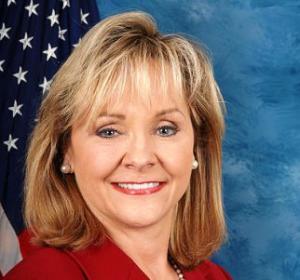 Oklahoma is one such example. When the Oklahoma legislature convened on Feb. 3, the central theme of Republican Gov. Mary Fallin’s State of the State address was more tax breaks for businesses, a mark of her fealty to a core right-wing principle dating back to icon Ronald Reagan, his never-successful-but-still-beloved economic strategy of “trickle-down” tax cuts.

Fallin, like many GOP office-holders elected in the Tea Party/Evangelical rush to power four years ago, realizes she must polish up her right-wing credentials if she expects to win the Republican primary in June, after which the march to the November general election should be a cakewalk. If her far-right seal of approval isn’t shiny enough, she could fall victim to someone even more ultra-conservative.

Fallin is painfully aware of what Oklahomans might call the John Sullivan 2012 lesson, named for the Republican congressman who had represented Oklahoma’s First District, historically a GOP safe seat, for ten years.

As a freshman, Sullivan slept in his office to “save the taxpayer money.” He was a true believer who voted to make the PATRIOT Act permanent, staunchly supported President George W. Bush’s Iraq War, denounced environmental rules and even suggested killing a couple of U.S. senators to get the GOP’s Ryan Budget passed (though he later apologized).

While amassing 100-percent ratings from the American Conservative Union and getting their “Defender of Liberty” award, he fought the Affordable Care Act tooth and nail and blamed President Barack Obama for pretty much everything from the volcanic eruption that destroyed Pompeii in 79 AD to the Japanese earthquake/tsunami of 2011.

So, even as the general elections in many Oklahoma districts have become non-competitive, the Republican primaries have become increasingly competitive, which is unlike the Democratic Party where intra-party challenges to incumbents are rare.

So, Fallin, a veteran campaigner who has never lost an election, is leaving little to chance. Looking toward the June primary, she is not just content to be conservative but is determined to pander to the Tea Party/Evangelicals by leaving no box unchecked.

She has refused to cooperate with Obamacare; she won’t allow gay Oklahoma National Guardsmen to file for spousal benefits; she slashed the education budget; she executed people even when the Pardon and Parole Board recommended clemency, she has, in short done anything and everything to appease the far right and avoid a primary.

Have her placating efforts succeeded?  Maybe, maybe not. This is where things get interesting in a Red State like Oklahoma. On Dec. 25, Christmas Day, former state senator and failed gubernatorial candidate Randy Brogdon announced that he would again challenge Fallin for the party’s top spot. She defeated him in 2010, 55 percent to 39 percent.

And why was “constitutional conservative” Brogdon challenging Fallin? Because, after all she had done, including putting two men in the graveyard to prove the sanctity of Okie life, she was not Tea Party enough. “We are in the fight of our lives for liberty, and I feel morally obligated to lead that fight on behalf of Oklahoma families,” Brogdon declared.

So, it appeared that the biggest election excitement would be watching Fallin and Brogdon beat up on each other. However, on Jan. 16, the election landscape changed when Sen. Tom Coburn announced he was resigning at year’s end to address problems with cancer.

Coburn was elected to his seat in 2004, the same election that saw Oklahomans define marriage as being only between a man and a woman. Irony indeed that Coburn’s announcement came just two days after that referendum was struck down by Northern District of Oklahoma Federal Judge Terrance Kern.

As Coburn’s announcement hit the streets, candidates began to emerge for a chance to fill an open Senate seat. The political stars aligned in a rare convergence, all tilting far to the right in the nighttime sky. There are now expected to be Republican primaries for governor, congressional districts 3 and 5, a Senate seat and possibly two legislative leadership seats that only less than a month ago were not in play. Sen. James Inhofe, another Republican, is also up for re-election.

For these coming battles, the Tea Party knives are drawn and the memory of Sullivan’s 2012 electoral gutting is not forgotten. The exchequers who control the millions upon millions of ultra-conservative dollars have started staking out their candidate preferences in Oklahoma, where a GOP primary win is seen as locking up that office.

The first announced candidate for Coburn’s seat was James Lankford, the two-term congressman from district 5, the seat that was vacated by Fallin when she ran for governor. In 2010, Lankford brushed aside six primary opponents and has ascended to the fifth-ranking Republican as head of the GOP congressional policy committee.

Prior to his congressional run, Lankford worked for the Baptist General Convention of Oklahoma as director of their Falls Creek camp facility, where he was director of youth ministries and an evangelistic specialist. Holding a Masters in Divinity from the Southwestern Baptist Theological Seminary, Lankford has mentored thousands of Baptist youth and been guest minister or lecturer at hundreds of congregations. He often tells interviewers that his political career is a “calling from God.”

Lankford announced his candidacy on Jan. 20 and quickly drew fire from the Senate Conservative Fund (SCF) and Club for Growth, two of the more financially influential conservative money funds. Lankford’s sin was that he wasn’t extreme enough in using the threatened default on the nation’s debt to coerce President Barack Obama into surrendering the Affordable Care Act.

SCF Executive Director Matt Hoskins cited Lankford’s votes on the debt-ceiling agreement and his supposed lack of intensity in the battle to defund the Affordable Care Act. Club for Growth spokesman Barney Keller noted that even though the congressman had a 78 rating from his group, the Club for Growth would rather have someone even more conservative, such as Rep. Jim Bridenstine, the guy who unseated John Sullivan.

Nine days after Lankford jumped into the Senate race, Oklahoma’s most notably ambitious politician, House Speaker Tahrohon (T.W.) Shannon stepped in as well. Shannon is of mixed Chickasaw and Africa-American heritage, allowing him to claim to be Oklahoma’s first African-American House Speaker. Conservative GOPAC has placed him on its advisory board. He also has been chosen by the American Conservative Union as a rising star.

One of his initiatives has been to build a chapel within the state capital building in much the same manner as the Ten Commandments masonry erected on the capital lawn with private funds. As noted in the Oklahoma Observer, his 12-minute announcement was laced with scripture references, along with the occasional “Amen” from supporters. Shannon bills himself as the “servant of the most high.”

So, the Senate GOP primary thus far smacks more of religion than actual political policy: Lankford has been “called” to politics while Shannon is the “servant of the most high.” Ultimately, each candidate will try to portray the other as not a true, true, true conservative.

And, as Shannon and Lankford saddle up for the campaign trail, a new twist has been added. Randy Brogdon now says he is considering shifting his campaign to the Senate. The actual filings for the June primary won’t occur until April, but Oklahomans can surely expect a springtime of ultra-right politics, testing who is most in line with the Tea Party and the Almighty.

Richard L. Fricker lives in Tulsa, Oklahoma, and is a regular contributor to The Oklahoma Observer. His latest book, The Last Day of the War, is available at https://www.createspace.com/3804081  or at www.richardfricker.com .

4 comments for “Oklahoma as the Vanguard of the Right”