Official Washington’s neocons, who never wanted deals with Iran or Syria to succeed, are having a field day attacking the difficult negotiations and doing everything possible to make them fail. The new front in this offensive will be Iran and its nuclear program, writes ex-CIA analyst Paul R. Pillar.

As negotiations begin this week to reach a final agreement on restricting the Iranian nuclear program, some of the prognoses being offered sound like the deliberate lowering of expectations one commonly hears before U.S. presidential primary elections.

President Obama already offered odds of 50-50 for success in the talks. Iran’s supreme leader, Ayatollah Ali Khamenei, pre-empted all potential competition in a game of lowering expectations by stating on Monday, “the nuclear negotiations will lead nowhere.” Can’t get much lower than that. 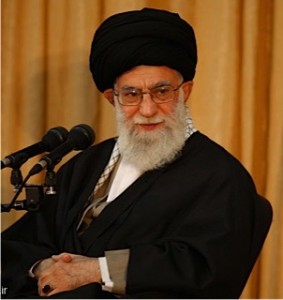 Given that vigorous opposition to reaching any agreement with Iran persists on the U.S. side (or more accurately, the Israeli side), even though that opposition suffered a temporary defeat with the sidelining of the Kirk-Menendez sanctions bill, expect to hear in the weeks ahead much commentary about any sour notes that are struck in the negotiations or in anything that takes place alongside the negotiations.

The negative commentary will be coming not from people who, like the ayatollah, are trying to shield themselves from political ramifications of failure that may stem from reasons outside their control. Rather, it will come from people who want the negotiations to fail and will enthusiastically highlight anything that could be used as an argument to abandon the talks.

For anyone who is open to an agreement with Iran, genuinely wants to see negotiated restrictions that will preclude an Iranian nuclear weapon, and may be discouraged if it appears the talks are dragging out without progress, the first word of advice is: relax.

The basis for relaxation are the terms of the Joint Plan of Action, the preliminary agreement reached last November. Those terms are so favorable to the P5+1 (the United States and its negotiating partners) that if they were simply to be extended indefinitely the P5+1 would be getting the essentials of what it wants, and what it needs to be assured that the Iranian program stays peaceful.

That includes no increase in the stockpile of uranium enriched up to five percent, no stockpile at all of 20 percent enriched uranium, no further development of the nuclear reactor at Arak that would bring it closer to coming on line, and continuous enhanced international monitoring of the entire Iranian nuclear program.

The Joint Plan of Action provides for renewing its terms through mutual agreement after the initial six-month period. Renewal, even repeated renewal if necessary, should not be a source of anxiety for the United States.

Iran has much more reason to be disconcerted by any dragging out of the negotiations. It did not get in the preliminary agreement most of what it needs and wants, and a panoply of sanctions still takes a bite out of the Iranian economy each day. Iran has strong incentive to see the whole negotiating process through to a successful conclusion, and Tehran continues to give repeated signs of wanting to keep the process on track with that objective. Along with his other comment, Khamenei also stated this week that “Iran will not breach what it has started.”

Perhaps one of the more recent indications of Iran not wanting to mess up the negotiations is the reported pushing out of Iran in recent weeks of some al-Qaeda types. Some al-Qaeda members have been known for some time to be in Iran, in a status that has been murky but probably for the most part has been a sort of house arrest.

With Iran and al-Qaeda being on opposing ends of most dimensions, the retention of these members is best explained as a sort of bargaining chip to be held against the United States, and as a counterpart to the role that the Marxist-Islamist-terrorist group the MEK has played in the United States.

Perplexity has been expressed about the reasons for the movement of the al-Qaeda members out of Iran at this time, but a very reasonable explanation is that it is an effort by Tehran to remove one possible complication to the nuclear negotiations.

We should be relaxed, but not too relaxed. Despite the advantages the Joint Plan of Action has given our side, one reason not to let the negotiations drag out too long is the risk that Iran will get so discouraged by what it sees as U.S. unwillingness to reach an agreement that, prodded by its own hardliners, it finally gives up on the process.

The ayatollah’s grim prognosis was not just said for effect but reflected genuine pessimism about whether the United States wants an agreement. Unfortunately we have given him plenty of reason to be pessimistic.

← Cuba Inches Toward New Future
The Best and Worst US Presidents →