At a moment in history of unparalleled human wealth, the world confronts unprecedented poverty and even sharp declines in the middle classes of Western countries. But status-quo thinking by elites, including the U.S. media, obstruct solutions, says Danny Schechter.

One is always proud to be invited to speak at the United Nations, one of the few global institutions that is still taken seriously and that can generate international resolutions and shape programs free of total domination by the big powers.

When you are an outsider like I am, it’s a bit of an ego boost to think that the world might be listening to little old you and that, at least for one session, you are among the chosen to hold forth on something serious in what critics deride as “The House of Babble.” 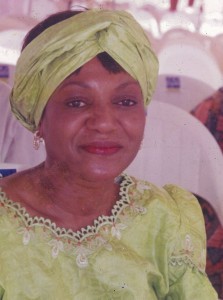 I have been around the world body for years, even as recipient of a prize for a TV documentary from the UN Correspondents Association  (UNCA). In that case, the film offered a strong critique of the UN cockup in Bosnia, but the award was presented to me by the then-UN  Secretary General Boutros-Boutros Ghali, who clearly hadn’t seen it

So, yes there is pretense and hypocrisy, but there are also sincere and dedicated people diplomats and international civil servants working to improve the world. This is not to say that the big powers lack influence there since they control the Security Council and show clout by lobbying for their political positions, while staffing the Secretariat and agencies with their loyalists. Right across the street is the spanking new U.S. Mission, a symbol of Washington’s power and intent to stay in control.

While the UN was created in the name of the peoples of the world, it is the governments with all their rigidities, personalities and ideologies that effectively run the place with some autonomy left for UN officials and decision-makers like the current man at the top, South Korea’s Ban Ki Moon.

Nevertheless, an allowance has been made to give a platform to citizens’ movements and non-governmental organizations (NGOs) that used to meet in the basement or in the rarely utilized Trusteeship Council set up decades ago to speed decolonization. They were always a sideshow, but attracted activists with a calling to try to change the world.

Now, with the UN headquarters undergoing an expensive renovation, in part to get rid of toxic asbestos that made it an unsafe workplace,  much of the action, including the small conference room in which I spoke, has moved to a temporary all white structure built on the grounds. Its satirical nickname: “Bantanamo.”

I was invited to speak by an impressive lawyer, Nigerian-born but UK-trained, Ugoji Adanma Eze. We met a week earlier at a Bar Association talk I gave on Mandela and she liked my spunk or something, and invited me to take part. But then, when I sought to back out because of all the bureaucratic hassles involved in getting accreditation, she cut some red tape and escorted me in. Ugoji is a force of nature and not to be crossed!

It was the 52nd Session of the Commission for Social Development. The focus of this side event was finding a “new paradigm for poverty eradication and environmental resource management.” How’s that for heady title?

Unfortunately after two UN diplomats spoke at length, as well as a representative of the UN Environmental Program, there was no real time for me to deliver my hastily prepared but solidly documented treatise on the subject I assigned myself: “Why Does The Media Hate The Poor?”

I had prepared some remarks that I thought might provoke debate by arguing for the importance of advocating for poverty alleviation in the cultural environment, not just the physical environment. And, I hoped to discuss how the media has, because of its indifference and self-importance, made it harder for change-makers to attract the resources needed to fight poverty and promote sustainable development.

Here’s how I started: “As we meet in this winter of too much snow and too little inspiration, it is heartening that at least in this room and among NGOs big and small, the war on poverty soldiers on however inadequately resourced and neglected by the powers that be and those who should know better, except rhetorically of course.”

I droned on: “This has been the year that the term inequality is finally being heard at least in this city but as a journalist and media analyst, I know all too well that when an issue is not on TV, it doesn’t exist for millions of Americans whose notion of what’s real is shaped by a news system more engaged, at this moment, with ski competitions in Sochi or the upcoming Academy Awards ceremony, with the pricey gowns and dazzling jewelry we hungrily await on the red carpet of stardom.

“This week, New York’s cable company, TimeWarner. went on the block for $45 billion to the more conservative commissars of Comcast, assuring even more media concentration, and if the deal goes through,  there will, for sure, be even more money flowing upward to the one percent of the one percent.

“Our media will remain dominated by the weighty and deceptive thoughts of the rich and powerful,  while the voices of the poor and anonymous remain treated only as consumers who are paying more than ever for less and less and kept on the sidelines.

“As media moguls enrich themselves, the issues that this gathering plans to address moves more and more to the margins. Unfortunately, the UN is better at holding talkfests like this than in assuring that the public will hear about them.”

I cited journalist Dave Smith writing in Texas: “It is not difficult to see global poverty issues are largely absent from news tickers and the national media outlets where many Americans get their news, leaving the poor around the world out of the proverbial conversation.

“With the passing of the latest national election season, the media coverage focused mostly on the American economy and jobs, but paid little attention to real American poverty beyond sound bites and talking points. Global poverty issues were even more of an afterthought, which is confusing when considering the connection between global poverty solutions, national security policy and the national economy.”

I was then prepared to cite many studies of how the subject of poverty has disappeared from much of the mainstream the way human rights activists used to “disappear” in Argentina after the military goons took power. I was overloaded with over-researched facts and quotes but, alas, I had already run out of time before I even began. My moment in the UN sun was suddenly clouded by the reality of a forum with more speakers than time to hear them all.

Happily, there were some folks there who are engaged in the poverty fight every day. Members of a Mennonite mission based on Sugar Hill in Harlem spoke of their work as volunteers in overwhelmed food pantries in New York, and showcased their religious devotion with an upbeat hymn. Their sincerity and sense of sacrifice was evident. It was a small group some from Kansas and Mississippi, but all devoted to a big idea serving their God and the poor with unpaid community service.

Perhaps, the most impressive and passionate advocate in the room.  was Aaron Campbell, an articulate Philadelphia-based minister who runs the Angoon Alive Project in Alaska where Native Americans are getting help with sustainable entrepreneurial employment projects, aided by micro-loans.

He showed slides detailing the extreme and obscene poverty on Native American reservations like Pine Ridge in South Dakota with a growing suicide rate and rampant social problems that just go on. Everyone was impressed with his commitment to his people and to waking the rest of us about their plight.

It was a small forum in a small room on a windy winter day overlooking what they used to call Turtle Bay and today is known only as the East River. We were all driven by some sense of duty to making this issue matter and to show that there are solutions out there if anyone is listening. We each spoke of the world’s failure to respond. I tried to ring a bell about media myopia.

These exercises go on every day,at least someone is trying to make a difference.  Writing in, of all places, the Financial Times, a capitalist tool if there ever was one, Simon Kupfer noted:

“You’d have thought the economic crisis would have made poverty newsy. ‘If it bleeds, it leads’ is a journalistic maxim, and the Cambridge sociologist David Stuckler found sharp increases in suicides in recession-hit European countries after 2008. The crisis arguably caused 1,000 ‘excess’ suicides in England alone.

“But they weren’t news. The global poor 2.5 billion people living on less than $2 a day are considered even more boring, due to the triple whammy of being non-white, non-Anglophone and poor. To become news, poor people have to cause disorder. Middle-class people raise issues by writing; poor people do it by rioting.”

Will it have to come to that? What else is to be done?

News Dissector Danny Schechter blogs at Newsdissector.net and edits  Mediachannel.org. His latest book is Madiba A to Z: The Many Faces of Nelson Mandela (Madibabook.com).  Comments to dissector@mediachannel.org.

← Reining in the Drones
Syria at the Edge of ‘Shock Doctrine’ →