Ignorance in the form of stereotyping people from other parts of the world can have unpredictable consequences, sometimes leading to mass suffering that a more enlightened view might have avoided, as Lawrence Davidson reflects.

In 1922, the U.S. House Foreign Affairs Committee held hearings on a joint resolution in support of the Balfour Declaration, a letter five years earlier from the United Kingdom’s Foreign Secretary Arthur Balfour expressing support for a homeland for the Jewish people in Palestine but vowing to avoid injuring non-Jewish inhabitants.

Rep. Hamilton Fish, the committee chairman and a pro-Zionist representative from New York, called an array of witnesses, including a few who did not favor a “Jewish home” in Palestine. This did not mean that the committee’s support for the Balfour Declaration was ever really in doubt, but rather the apparent openness resulted from the political influence of certain academics, as well as American Christian missionary societies, who were sympathetic to Arab nationalist aspirations. 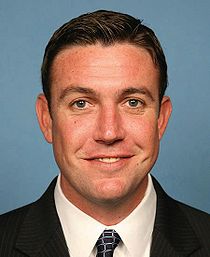 Among those who testified against the resolution was Fuad Shatara, a Palestinian-born American citizen and successful physician who led an organization called the Palestine National League. He told the committee that a good number of Palestine’s Zionist community were devoted socialists, which had the potential of raising congressional concerns about leftist “red scares.” If accepted, this political dynamite could have unsettled committee members enough to derail the resolution.

But Shatara’s quite accurate assertion was not accepted by Fish and his committee. It was not even investigated because it appeared utterly counterintuitive. Why so? We learn the answer from committee member Rep. Henry Allen Cooper of Wisconsin, a successful lawyer and an imperialist who had supported the retention of the Philippines as an American colony following the Spanish-American War.

According to Cooper, the assertion that socialists were active among the Zionists in Palestine could not be true, because all the world knew that the Jew is “proverbially a believer in private property.” In other words, at least some members of the U.S. Congress had bought into the stereotype that a capitalist orientation is a congenital part of Jewish culture.

There was, of course, a racist undertone to this stereotype, and in Europe such a belief, conjuring up the figure of Shylock, had contributed to widespread anti-Semitism. Nonetheless, there it was coming out of the mouth of a U.S. politician with a seat on the House Foreign Affairs Committee.

We now fast-forward 91 years to last December. Rep. Duncan D. Hunter, R-California, a member of the House Armed Services Subcommittee on Intelligence, Emerging Threats and Capabilities. On Dec. 4, he appeared on C-SPAN to discuss the negotiations of the P5 + 1 powers (the five permanent members of the UN Security Council plus Germany) with Iran seeking to limit that country’s nuclear energy program in exchange for a lessening of international sanctions.

A Tea Party Republican and a U.S. Marine veteran, Rep. Hunter said he was suspicious of these negotiations because he feels that even if there is a positive outcome, Iran cannot be trusted. Why so? Iran is part of the Middle East and, according to Hunter, “In the Middle Eastern culture it is looked upon with very high regard to get the best deal possible, no matter what it takes, and that includes lying.” In other words, at least some members of Congress have bought into the stereotype that lying is a congenital part of the Middle Eastern personality.

Hunter also said that if worse came to worst and a confrontation occurred, the United States should avoid “American boots on the ground”; instead “you do it with tactical nuclear weapons and you set them back a decade or two or three.”

Once more we can readily identify the racist undertone of the anti-Muslim stereotype. It presently feeds into an Islamophobia that has led to hysteria and violence toward Muslims from some elements of the American population. And now we see it coming from the mouth of a U.S. politician with a seat on the congressional subcommittee for (of all things) intelligence.

These two examples of stereotypes reflect ignorance bordering on stupidity and, despite their near-century divide in time, they both feed into behaviors with large destructive potential. In 1922, Rep. Cooper probably gave little or no thought to the fact that his endorsement of the Balfour Declaration would contribute to the displacement of millions of Palestinians, the destruction of an entire culture, and all the death and misery that goes along with such a process.

If he thought about this at all, he would probably have agreed with his fellow committee member Rep. W. Bourke Cockran of New York, who saw Jewish immigration into Palestine as akin to the white man’s arrival in the New World what Cockran regarded as an indisputably good thing. (Cooper’s disbelief that Jews could be socialists also was meant as something of a compliment.)

Rep. Hunter, however, is much more a conscious militarist. His vision of the Middle East is not overlaid with misplaced idealism. His assessment of Iranians as liars had no positive element and could lead to a face-off on the battlefield.

If it comes to that, Hunter advocated use of an aerial assault, including “tactical nuclear devices.” He said, “That is the way to do it with a massive aerial bombardment campaign.” Hunter has done several combat tours in Iraq and Afghanistan and knows what dead and maimed Middle Easterners look like but that apparently does not bother him too much.

Indeed, with his glib reference to the use of tactical nuclear weapons laid alongside his stereotype of all the region’s people as congenital liars, who knows what horrors the baby-faced congressman is capable of.

The Greek poet Homer, who lived around the 8th century BCE, once bemoaned, “Would that strife might perish from among gods and men.” I don’t know about the gods, but today among men there seems little hope of Homer getting his wish.

The ignorant, the ideologues and the stereotypers call out to each other decade after decade. Henry Allen Cooper and Duncan D. Hunter belong to the same dangerous fellowship. As they echo their empty-headed ideas, the rest of us those who know better and those who don’t bend our ears and listen intently.

Unmasking the disastrous consequences of the Balfour Declaration on the one hand and on the other, achieving that elusive comprehensive settlement with Iran, can’t help but be good for the planet. Even if the next slippery slope to conflict is around a near corner, these are rational, sensible, sane goals for the present.

3 comments for “The Dangers of Stereotyping”