Many Americans tend to whitewash their country’s ugly history of racism all the better to feel good about “exceptionalism” but even sophisticated writers can ignore this grim reality when praising their favored presidents, as William Loren Katz explains.

In 2013, we have Barack Obama, a two-term African-American President, hundreds of other black men and women elected to state and local offices, and a country that officially celebrates Black History Month. Even more, no white official would dare publicly use a racist slur. As a result, many of our intellectuals, historians and media writers are onboard with the pleasing message: “We live in a post-racial America.”

Well, maybe. Bill Keller, who served for eight years as executive editor of The New York Times, and is the author of a children’s book on Nelson Mandela, recently wrote the Sunday Times Book Review’s front page essay on Doris Kearns Goodwin’s book The Bully Pulpit, which examines Presidents Teddy Roosevelt and William Howard Taft. Keller extolled them as “politicians of stature and conscience.” 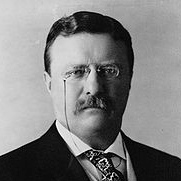 Really? As presidents neither made any serious effort to improve race relations or protect minorities from violence. Neither challenged the forces promulgating segregation, discrimination, and lynching.

Though their Republican Party controlled the House and Senate from 1900 to 1910, neither Roosevelt nor Taft paid more than lip service to Abraham Lincoln’s “new birth of freedom.” Neither enforced the Thirteenth, Fourteenth and Fifteenth Amendments that promised former slaves liberty, justice, and equality. Neither challenged “the new slavery”, the debt-peonage, sharecropping and convict-lease systems that ground down millions in the South.

Roosevelt spoke as a proud champion of “the Anglo-Saxon race,” and urged his people to embrace “the clear instinct for race selfishness.” He advocated imperialism with the claim, “It is wholly impossible to avoid conflicts with the weaker races.”

Roosevelt and Taft vigorously courted Southern “lily-white” members of both parties. During an era of weekly Southern lynching carnivals, Roosevelt told a black audience the “rapists and criminals” among them “did more harm to their race than any white man can possibly do them.”

In 1909, President Taft told African-American college graduates in North Carolina: “Your race is meant to be a race of farmers, first, last and for all times.” Taft had the distinction of being the first Republican presidential candidate to campaign in the South. He announced he would never enforce “social equality” and told black audiences that the white Southern man was their “best friend.” People of color could find little comfort, justice or even safety during the age of Roosevelt and Taft.

But this is a different time, and we as a nation wish to move toward “a more perfect union,” to follow the Constitution and embrace its promises. Why then do some intelligent people still manage to distort our past to send a wrong message? Perhaps they do so because lying about the past makes it easier to dissemble about the present.

As Richard Cohen wrote in the Washington Post in November, “Today’s G.O.P. is not racist, as Harry Belafonte alleged about the Tea Party, but it is deeply troubled, about the expansion of government, about immigration, about secularism, about the mainstreaming of what used to be the avant-garde.

“People with conventional views must repress a gag reflex when considering the mayor-elect of New York, a white man married to a black woman and with two biracial children. (Should I mention that Bill de Blasio’s wife, Chirlane McCray, used to be a lesbian?) This family represents the cultural changes that have enveloped parts, but not all, of America. To cultural conservatives, this doesn’t look like their country at all.”

Sadly, just as Cohen claims that much of America is post-racial, modern influencers such as Keller would have us believe that Taft and Roosevelt were also not racist, they were simply presidents who advocated for policies that would ensure that “traditional” values would continue to rule. Never mind that many of those values had racial animosity at their core.

We can’t move toward the fulfillment of the Constitution, for the common good , if we either continue to see the past through a racial revisionist lens or continue to misconstrue the racism in our present. It might be more accurate to state that some white American die-hards of a racist past have no choice but to live in a future world embracing Mandela’s principles of racial tolerance as much as they might prefer “traditional” attitudes.

While these Americans may celebrate Mandela’s courage and achievements in the abstract, they cannot fully digest this brave South African who sacrificed his freedom and life for a world where people of all races, ethnicities and kinds will try to live in peace and harmony.

William Loren Katz is the author of Black Indians: A Hidden Heritage

5 comments for “Racism Through Rose-Colored Glasses”