The Grand Irony may be that Earth is the only spot in the Universe where intelligent life evolved, and it then made the Earth unlivable, the ultimate crisis in an age of an ossified order that poet Phil Rockstroh addresses.

From the picture window of our family’s eighth floor apartment, at the intersection of 23rd Street and Avenue C, we have a view of the inhuman currents of the East River and the dehumanizing, vehicular currents of the FDR expressway. The tenor of the river is timeless while the FDR’s voice is mindlessly urgent … an addict on a dope run — evincing the urgency of an errand undertaken to relieve distress but trajectory hurtles towards annihilation.

Like the misnomer known as freeways, wherein one is enslaved to speed and forward motion, the spirit of our age is manic. One reacts; there is no time to reflect. In contrast, the river speaks the language of the deathless heart of creation. The river sings of ensoulment. It does not seek; it is. 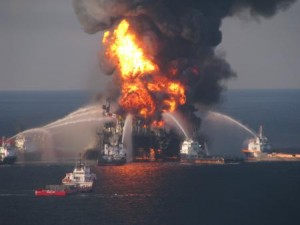 Because the spirit of the age is frantic, surface level, and going nowhere — and fast. The soul of the world harbors a quality of sadness. When it speaks, nowadays, it does so in a lament — a dirge for exquisite things lost. Unlike raging spirit, the soul carries the sadness of the veritable bones of the earth.

Take caution when you seek to commune with soul, because you have entered a realm that is not only timeless but one that lacks mercy regarding the self-important constructs we human beings hold, cherish, and enshrine. As one queasy poet (T.S. Eliot) reported, appropriating The Book of Ecclesiastes, the soul will show you “fear in a handful of dust.” Another poet (Pablo Neruda) declared, “I know the earth and I am sad.”

This week, our nine month old required a diaper change, and my wife and I, being on Lexington Avenue in Midtown at the time, slipped into Bloomingdales to use the changing station accommodations within. As we navigated our way through Edward Bernays’ consumer simulacrum, I was gripped and grappled by grief. A sense of alienation descended on me like the arrival of an Old Testament angel, one whose mission was to throw me to the ground and pin me in the dust of my vanity. I feared I might begin to weep outright.

The dark magicians of the consumer age have the heart-usurping hustle down. They have us in the thrall of misappropriated desires as the soul of the world weeps for the carnage attendant to our cupidity. I held my tears in check. But, the next morning, upon first glimpse of the FDR and the East River, I wept outright.

The sicknesses of the soul are mirrored in the disorders of a culture and vice versa. In turn, tracing symptoms is a path to the soul. The symptoms are the soul’s means of attempting to be heard. But, all too often, whether it be the obtuse ego of an individual or the obtuse, egoistical guardians of the status quo will refuse to acknowledge the symptoms.

The reigning power structure will attempt to deny, marginalize, and demonize the soul’s message its plea for attention, its attempt to gain entry into the protected sanctums of power. Its entreaties are dismissed as merely the complains of misfits or overreacted to as dangerously radical.

Often a collapse, a breakdown, a depression some sort of unsolvable crisis is required before the soul’s message is heard.

The economy is chronically depressed. Isotopes of Fukushima are carried on currents of wind and wave. The oceans and seas are rising from humankind-created greenhouse gas Climate Change. The world’s oceans are being destroyed. The human element evinces the pathology displayed in psychoanalytic consulting rooms: The economic elite are psychopathic; Tea Party types exhibit paranoid displacement while liberals exhibit neurotic insularity.

Pain and pathology are extant. A crisis is imminent. The sooner the process of listening to soul-borne dispatches begins the sooner the dissonance attendant to the culture’s cacophony of shattered minds and occluded hearts will begin to dissipate. If not, prepare yourself for a dark night of the soul that will seem endless in duration.

By what means do we as a people who are all too often myopic, self-absorbed, manic in the pursuit of vain agendas, in the thrall of relentless necessity, alienated by the circumstances of a shallow era and buffeted by the machinations of a self-serving political and economic elite whose hubris embodies the criteria of classical tragedy transform random events into soul-saturated meaning?

One might ask: How is such a thing even possible? Then add: It is sheer fantasy to even suggest that soul exists. Indeed, it is … for fantasy itself is one of the means by which soul reveals itself. Accordingly: Reveal the yearnings of your heart and be in dialog with your true nature.

To renounce fantasy is sheer fantasy, and a dismal variety of it at that, and one made all the more lamentable by the mindset of self-proclaimed pragmatist types who do not realize that compulsive reductionism is a form of fantasy.

We, as a culture, are in the waning years of the cultural fantasy of state capitalism. A clue to the hypertrophy riddling the system is the rise of fascistic elements within the state, for fascism is the vehicle by which capitalism destroys itself, by a form of societal murder/suicide. (The pandemic of mass shootings is the personal microcosm of the cultural macrocosm.)

If the heart, one’s wellspring of dreams, is regarded as a mere pump, then the mind languishes in a soul-desiccated wasteland. Under such dire circumstances, one is advised to dream oneself awake. And that does not translate into lapsing into unconsciousness. Withal, it suggests reaching down and touching the bones of the earth and a steadfast communion with Anima Mundi i.e., literally, the soul of the world.

The earth is under siege; therefore, the act will be painful. As noted above, her oceans are being destroyed; her fauna and flora are being decimated. When we denude the seas of abundance, our dreams will mirror the cataclysm. How else would one explain the dearth of imagination that is so-called Reality Television and Celebrity Culture?

We must come back to fantasy to keep a grip on reality.

Shortly after the attacks of September 11, 2001, the late James Hillman, the founder of the school of Archetypal Psychology and the man responsible for bringing Neoplatonic Renaissance philosopher Marsilio Ficino’s concept of Anima Mundi (i.e., The Soul of The World) to the modern imagination, visited my friend, writer and Hillman’s official biographer, Dick Russell, in Los Angeles.

During the course of a discussion of the event, Hillman averred, “[In the U.S.] the towers haven’t fallen yet.” Russell related Hillman’s quote, a couple of week ago, last Saturday, at a reading and presentation revolving around his recent biography of Hillman, The Life and Ideas of James Hillman, Volume One: The Making of a Psychologist [Helios Press, Skyhorse Publishing] that I attended at The C.G. Jung Center of New York.

Shortly thereafter, during a break for lunch, I slouched into Chipotles (which was the only vegan fare I could locate in the area and was less than a block from the Center) for a lunch of beans and rice, garnished with hot sauce. The fast food eatery’s interior design was a melange of traditional fast-food eatery decor (if there is such a thing) and faux post-modernist industrial design, yet was adorned in Aztec iconography, with the soundscape consisting of a mix of loud pop music, ranging from the 1960s to the present.

There was a violence to the disparate epochs and clashing societal milieus and mythos as if history and memory had been forced into a massive particle accelerator and smashed to psychical quanta and then reconfigured.

The thought occurred to me: The towers have fallen but they arose again, not in the form of solid state architecture, but as a veil of culture-wide, consumer-age illusion, a collective phantasm that only appears to be solid yet surrounds us as obdurate as stone towers. This edifice of electrons obscures the House of Usher-type decay and dissolution of the age.

Yet there is neither a center to hold nor give way simply a nexus of never-was. To chronicle our time is to limn a landscape, eavesdrop on, and hurl invective at phantoms. The soul of the age has simply ceased to be.

Will the excesses and tumult of this era serve as a passage to cultural transformation or simply deliver meaningless tragedy, a witless farce, a cautionary tale for the hopelessly obtuse? As in classical tragedy, will denouement arrive only after the stage is littered with corpses the avoidable carnage resultant from the hubris of a flawed hero whose vanity and compulsion for upward ascension engender his fall and inflicts torment upon those close to him.

Or are there autochthonic forces at work? Is a type of liberation, borne of devastation, coming to the fore? Is there hidden meaning attempting to reveal itself from within the inchoate jumble of events?

Let us consider the redemption inherent to ruin the manner that a new order that initially appears as a relentless antagonist, an amoral trickster, or an angel of vengeance. How we bray even to the point of becoming gripped by animal panic when we are in the midst of being transfigured by ancient forms that arrive in novel guises.

Often what is required is not redemption but re-imagining: simply, the ability to open oneself to the timeless forms of the imagination. At present, we are gripped by the fantasy of perpetual growth but buffeted by incessant images of violence, violation, decay, decline, zombification, emptiness, manic compensation, cynicism, and profound hopelessness.

The abyss yawns before us. We lurch in extremis, even as we are ensconced in a void of vanity and avoidance. Under the present neoliberal order, we text, make FaceBook entries and tweet, as we proceed ever closer to the precipice of global ecocide. We careen along when what is called for is to become frozen in mortification, stopped in our tracks, and then have our souls, personally and collectively, thawed out of deepfreeze by hot, huge tears borne of lamentation.

Over the top? Damn straight. The times call for us to explore the soul’s topography of exaggeration, and this is propitious because it is not possible to exaggerate the peril we face if we cling to the status quo of neo-liberal levied wealth disparity and planet-wide ecocide.

Yet those in power are doing just that and that fact should summon forth rage. Plangent, ringing rage. Not an anger that inflicts helpless, fist pounding but an anger that summons forth libido. A societal-wide chorus of focused vehemence that can begin to dismantle the structures of an ossified order.

Phil Rockstroh is a poet, lyricist and philosopher bard living in New York City. He may be contacted at: philrockstroh.scribe@gmail.com / And at FaceBook: http://www.facebook.com/phil.rockstroh

← How JFK’s Murder Changed a Life
The Ideology of Ecocide →

3 comments for “Fear in a Handful of Dust”