Google and other tech giants have reportedly teamed up with the pro-corporate ALEC to draft model legislation on technology issues. This puts Google in bed with an outfit infamous for crafting “stand-your-ground,” voter ID and other right-wing bills that are then pushed through state legislatures, as Norman Solomon reports.

In the process, Google has signed onto an organization that promotes such regressive measures as tax cuts for tobacco companies, school privatization to help for-profit education firms, repeal of state taxes on the wealthy and opposition to renewable energy disliked by oil companies. 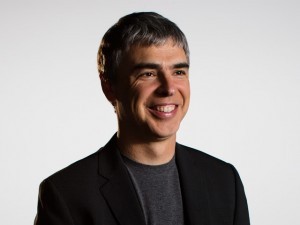 ALEC’s reactionary efforts — thoroughly documented by the Center for Media and Democracy — are shameful assaults on democratic principles. And Google is now among the hundreds of companies in ALEC. Many people who’ve admired Google are now wondering: how could this be?

Well, in his recent book Digital Disconnect: How Capitalism Is Turning the Internet Against Democracy, Robert W. McChesney provides vital context. “It is true that with the advent of the Internet many of the successful giants — Apple and Google come to mind — were begun by idealists who may have been uncertain whether they really wanted to be old-fashioned capitalists,” he writes. “The system in short order has whipped them into shape.”

McChesney adds: “Any qualms about privacy, commercialism, avoiding taxes, or paying low wages to Third World factory workers were quickly forgotten. It is not that the managers are particularly bad and greedy people — indeed their individual moral makeup is mostly irrelevant — but rather that the system sharply rewards some types of behavior and penalizes other types of behavior so that people either get with the program and internalize the necessary values or they fail.”

Google has widely mythologized itself as some kind of humanistic techno-pioneer. Obscured in a fog of digital legend is the agenda that more than ever is transfixed with maximizing profits while capitalizing on anti-democratic leverage of corporate power. Google’s involvement in ALEC is consistent with the company’s mega-business model that relentlessly exploits rigorous data-mining of emails, online searches and so much more.

Yet image-conscious companies can be skittish about public pressure. That helps to explain why dozens of firms withdrew from ALEC during the last year.

A few days ago — when my colleagues at RootsAction.org sent out an email alert about news of ALEC’s connection with Google as well as with Facebook and Yelp — more than 25,000 people quickly signed a petition urging those companies to “stop funding ALEC.” Several thousand of the petition signers added comments that can be read online along with the petition.

Those comments reflect widening comprehension of Google and the significance of its alignment with ALEC. Here’s a sampling:

“What happened to your big pledge? ‘Don’t be evil’? Guess it was just words…”  Lois W., Sun City, AZ

“Better check your definition of EVIL — look it up on Google”  Armando A., Vista, CA

“Please don’t fund tyranny. You were supposed to be one of the good guys.”  Ernest W., Easthampton, MA

“Your credibility is fading associating with this kind of scum.”  John B., Easton, CT

“You are subverting the wishes of your clients/users while undermining democracy.”  Vincent G., Sioux Falls, SD

“Shame on you. Think about what the majority of your users want instead of the ‘rich’ guys.”  Karen B., Westminster, CO

“If you continue to support ALEC, I will along with countless others, discontinue use of ALL your products and services!”  Ronald P., Milford Center, OH

“Quit helping to Destroy our democracy.”  Kevin B., Lynnwood, WA

“Corporate power is corrupting this nation’s ability to have a decent governing system.”  Jean and Jesper C., Louisville, KY

“What is wrong with Google acting like the one tenth of the 1%? Too much filthy lucre has covered their conscience.”  Doug Y., Albany, CA

“Google! How could you do this? Don’t you realize this organization stands for ALL the wrong things? I’m sure most of your employees would not want to belong to ALEC. Please reconsider for their sake and that of all of us.”  Judith S., Carbondale, IL

“Google has evolved to be one of the most unethical corporations in the world!”  Eric K., Montclair, NJ

“This is so obviously evil, and it causes real suffering.”  Terrell S., Seattle, WA

“Don’t you corporate executives make enough money? How much can you spend? Don’t you realize that people have to have money to buy your product? What the heck are you ‘dumb-asses’ thinking?”  Lon K., Waterloo, IA

“Good companies are becoming evil in order to please ALEC and the upper 1%. I thought Google would never need to stoop to that. I’m sadder than sad.”  Linda A., Medina, WA

“ALEC promotes corporate dominance over the democratic processes that our country was founded on. Shame on you!”  Judy D., Port Townsend, WA

“Laws should be written by elected representatives with citizen input, NOT by cookie-cuttered legalese templates created by and for the corporate interests.”  Liz A., Los Angeles, CA

“Noooooo Google! I love you but I will have to abandon you and many of your products should you do this. I really, really, really don’t want to do that! But will…”  Rochelle W., Reading, PA

“ALEC organizes capital to crush people by gaining any all benefits for the wealthy. That has consequences for children, elderly, disabled, veterans, working people — your customers. Please look beyond the near-term bottomline.”  Benita C., Burgettstown, PA

“Greed may be the worst terror facing this country. Greed, of corporations and some individuals, seems bent on destroying our democracy. We have to fight back!”  Anne G., Arlington, TX

“Google: Better get your house in order and your priorities straight. Average Americans are in no mood for this crap.”  Lawrence H., Fall Creek, WI

“For a company that loves to talk about the forward thinking way it treats employees, it surely seems acts just like every other ultra conservative corporate giant.”  Andrew W., Pittsfield, MA

“I knew the Don’t Be Evil mantra would disappear once the big money started flowing in. They’re no different than any other sleazy money-grubbing corporation in the cesspool of greed the USA has become.”  Gill F., Olympia, WA

“Disgusting professional activity on the part of this huge corrupt business. Google is going to have to do a lot of work to earn back the respect of a huge segment of the public; this only one of many recent revelations about Google’s despicable conduct as an entity.”  Susan H., Lafayette, IN

“Your company went from hip and caring to right of Attila the Hun and nasty in a few years…”  Roger W., Montpelier, VT

“ALEC has been a disaster for the vast majority of citizens in Wisconsin and other states. It has become a leading supporter of fascist attacks on women’s sacred reproductive rights.”  Edith M., Milwaukee, WI

“ALEC has done tremendous harm to this country and its political system. Any support for the organization is support for tearing down constitutional government.”  James F., Minneapolis, MN

“Just provide a service and take home your inflated paycheck. Stay out of the rest. And by the way, erase my browsing history, you nosey anti-American hacks.”  Jeff Cole, Tucson, AZ

“If Google and Facebook have any integrity left, please prove it by not funding ALEC!”  Douglas W., Chicago, IL

“ALEC is trying to dismantle our civil society. Do not be part of it.”  Jean Beck, Lynnwood, WA

“ALEC is a big step backwards in human evolution, or a big step toward Big Brother.”  Victoria G., Portland, OR

“The worst thing about ALEC is its anti-democratic nature which buys votes to override the will of the people. As an information source this should violate your principles.”  Lon H., Ferndale, MI

“When you are as giant as Google, you ALMOST have stomp on us little people. Please please please be with US”  Jon S., Lafayette, CO

“This is indicative of what happens when the founders of a company grow extremely wealthy. They align themselves more and more with the organizations that will further their agenda of market dominance and profit taking. The support of ALEC by the two founders of Google is particularly hypocritical because of their original pledge to not be evil. Shame on both of you.”  Bruce B., Port Townsend, WA

Norman Solomon is co-founder of RootsAction.org and founding director of the Institute for Public Accuracy. His books include War Made Easy: How Presidents and Pundits Keep Spinning Us to Death.