President Obama proclaims his love of “transparency” but has an odd idea what the word means. He generally defines it as sharing some information with Congress and the Courts but keeping the public in the dark and punishing those who ask too many questions, as William Blum explains.

But one German, Ilija Trojanow, would disagree. He has lent his name to published documents denouncing the National Security Agency (NSA), and was one of several prominent German authors who signed a letter to Chancellor Angela Merkel urging her to take a firm stance against the mass online surveillance conducted by the NSA.

Trojanow and the other authors had nothing to hide, which is why the letter was published for the public to read. What happened after that, however, was that Trojanow was refused permission to board a flight from Salvador da Bahia, Brazil, to Miami on Monday, Sept. 30. Without any explanation. 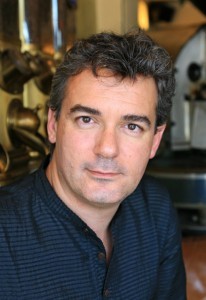 Trojanow, who was on his way to speak at a literary conference in Denver, told the Spiegel magazine online website that the denial of entry might be linked to his criticism of the NSA. Germany’s Foreign Ministry says it has contacted US authorities “to resolve this issue.” [Associated Press, Oct. 2, 2013]

In an article published in a German newspaper, Trojanow voiced his frustration with the incident: “It is more than ironic if an author who raises his voice against the dangers of surveillance and the secret state within a state for years, will be denied entry into the ‘land of the brave and the free’.” [Huffington Post, “Ilija Trojanow, German Writer, Banned From US For Criticizing NSA”, Oct. 1, 2013]

Further irony can be found in the title of a book by Trojanow: “Attack on freedom. Obsession with security, the surveillance state and the dismantling of civil rights.”

Director of National Intelligence James R. Clapper Jr., who oversees the NSA and other intelligence agencies, said recently that the intelligence community “is only interested in communication related to valid foreign intelligence and counterintelligence purposes.” [Washington Post, Oct. 5, 2013]

It’s difficult in the extreme to see how this criterion would apply in any way to Ilija Trojanow.

The story is a poignant caveat on how fragile is Americans’ freedom to criticize their Security State. If a foreigner can be barred from boarding a flight merely for peaceful, intellectual criticism of America’s Big Brother (nay, Giant Brother), who amongst us does not need to pay careful attention to anything they say or write.

Very few Americans, however, will even be aware of this story. A thorough search of the Lexis-Nexis media database revealed a single mention in an American daily newspaper (The St. Louis Post-Dispatch), out of 1400 daily papers in the US. No mention on any broadcast media. A single one-time mention in a news agency (Associated Press), and one mention in a foreign English-language newspaper (New Zealand Herald).