President Obama’s limited war resolution against Syria cleared its initial congressional hurdle on a 10-7 vote in the Senate Foreign Relations Committee, but its overall chances got a bigger boost from an endorsement by the powerful Israel Lobby, as ex-CIA analyst Paul R. Pillar explains.

After it looked this past weekend like President Barack Obama might have an uphill fight to gain congressional approval for a resolution authorizing the use of military force in Syria, the odds now appear to have swung in favor of passage of a resolution. This swing is due less to John Kerry’s passionate “Munich moment” exhortations than to the fact that the Israel lobby has entered the fray, openly and explicitly, in favor of intervention. AIPAC made it official on Tuesday.

The Israeli government may have the deciding vote on the matter before Congress, not so much because it appears to have been the source of intelligence that the Obama administration is relying on to make a case tying the chemical incident two weeks ago to the Assad regime (although there are interesting questionsto be raised about that) but because members of Congress anticipating their next re-election campaign will be thinking about what type of vote Benjamin Netanyahu’s government desires, a criterion that routinely gets equated in American political discourse with “support for Israel.” 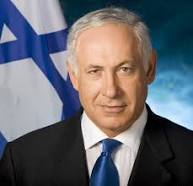 A few days ago some were saying that a measure of political courage in the coming vote in Congress would be to buck the plurality of American public opinion, among followers of both parties, that opposes military intervention in Syria. Now a better measure would be to buck the preference of the lobby. As we have seen innumerable times before, one should not expect to see a lot of that type of courage.

Those voting in favor of a military attack should be aware that such a resort to armed force, in the very ways it would be quite consistent with how Israel has long pursued its objectives in the Middle East, would be inconsistent with a couple of the major themes in what the Obama administration has been saying in making its case.

One is the theme that any U.S. military action would be strictly limited in duration as well as intensity. Neither the administration nor anyone else has adequately explained how this can be assured if subsequent escalation or retaliation from the other side follows a U.S. strike. As California Republican Ed Royce observed in a hearing of the House Foreign Affairs Committee Wednesday, “the Assad regime would have a say in what happens next.”

For Israel, the country that developed “mowing the lawn” into a foundation of national security strategy, this is not a worry. One simply mows the lawn again … and again. For the United States, the question is whether it wants to involve itself in this kind of endless warfare.

Another major theme in the administration’s case concerns upholding international norms of behavior. But no one has explained how violation of one of the most fundamental international norms, against attacking another sovereign state if the attack is not in self-defense or under the sanction of the United Nations Security Council, is a blow in favor of norm-upholding.

Here again, this is not a quandary for Israel, which has long flouted the non-aggression norm as it has gone about its repeated lawn-mowing in Syria, Lebanon, Gaza and elsewhere.

As for the United Nations, Israeli policymakers gave up on it long ago as a lost cause, worth paying attention to only when it is time to squeeze another veto out of the United States at the Security Council or to make a fuss about someone else wanting to join the world organization. For the United States, the norm in question still has much value, at least as great as any of the norms having to do more narrowly with particularly types of unconventional weapons.

As for those unconventional weapons, here the Israeli way of doing things has been to dispense with international conventions, inspection regimes, and peaceful ways to pursue arms control and nonproliferation objectives. Instead, it has again been a matter of unilateral application of military force.

Israel has, of course, long rejected any international cooperation, transparency, or honesty when it comes to its arsenal of nuclear weapons. As for chemical weapons, 189 states are parties to the Chemical Weapons Convention; Israel is one of only seven states (along with Syria) that is not.

The United States, which has been a major player in erecting the international structures dedicated to the peaceful pursuit of arms control and disarmament, still has a major interest in those structures and would lose much by in effect chucking them and what they represent and instead just turning to the gun.

A broader and more general way of posing the question the U.S. Congress now faces is: does the United States want to follow its powerful and privileged Israeli client on a path that not only brushes aside international law, international organization, and the peaceful pursuit of international objectives but also entails perpetual warfare, much isolation, and all of the costs and risks that go with that?

The current Israeli government has chosen that path for itself; why would the United States want to take the same path?

As always with the Netanyahu government, the issue of Iran looms large. Netanyahu and his colleagues evidently have calculated, probably accurately, that a U.S. attack on Syria would serve their objectives of keeping the Iran issue boiling (and thus serving their further purposes of distracting international attention from issues directly involving Israel and precluding Iran ever becoming, in competition with Israel, a partner of the United States), diminishing the chance for a negotiated agreement on the Iranian nuclear program, and increasing the chance of a future U.S. military attack on Iran.

In addition to wanting a U.S. attack on Syria that would provide ammunition to Iranian hardliners resisting agreement-facilitating concessions to the West, the Israeli government does not want a congressional outcome on Syria that would make it harder to push through in the future an authorization to use military force against Iran.

After all, if Congress were to say no to military action when a regime not only possesses a banned and abhorred weapon but has actually used it to lethal effect, how could it be expected to say yes with a different regime that has never owned or used the feared weapon, has not made any decision to build it, and where the only rationale for an attack would be that this regime has a program that maybe, someday, might help it to build such a weapon if it ever were to take the decision it has not taken?

There is a another dimension about Israel and Iran that is based on Netanyahu’s already well-established image of someone itching to pull Israel’s own military trigger and attack Iran. This image has been supplemented by much commentary in Israel in recent days to the effect that Obama’s supposed wavering on Syria, by throwing the issue to Congress, demonstrates how on a matter as important as Iran, Israel must rely on no one other than itself.

All this gives rise to the argument, which is likely to sway some members of Congress, that if the United States does not reassure Netanyahu by taking a firm line about using military force and smiting Syria, the Israeli prime minister is apt to start a new war with Iran.

← US Journalists and War Crime Guilt
The Value of Consortiumnews →