Double standards abound in how the West treats Iran’s nuclear program, most notably the silence about Israel’s undeclared nuclear arsenal. Iran has not built a single bomb and accepts nuclear inspections, yet it is the one confronted with threats of war, as ex-CIA analyst Paul R. Pillar observes.

There are many respects in which a greater effort in the West and in particular the United States to understand Iranian perspectives and sentiments would facilitate more productive Western policies toward Iran, particularly with respect to that country’s nuclear program.

There is, for example, the issue of balance in proposed agreements, in which it should be understandable that Tehran opposes a trade that would place major restrictions on its nuclear activities in return for sanctions relief that would be almost trivial in comparison with the panoply of sanctions imposed on Iran. 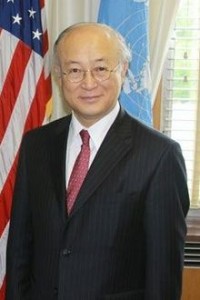 There is the comparably understandable Iranian suspicion, in watching behavior by the United States and especially the U.S. Congress, that the United States is only interested in punishing Iran, not negotiating an agreement with it. And there is the natural resistance in Iran ,just as there would be in the United States, to caving in to foreign pressure, including threats of military force.

Iran’s legal obligations regarding nuclear activities, and how well it has fulfilled those obligations, constitute another area where efforts to understand the Iranians’ quite understandable perspective have been sorely lacking. A common catechism in American discourse on this subject is to refer to Iran being in “violation” of those obligations.

But with regard to generally applicable legal obligations that Iran shares with any other party to the Nuclear Nonproliferation Treaty (NPT) or participant in the International Atomic Energy Agency, it would be difficult to make a case that Iran is in violation of anything. There have been some instances in the past of Iranian nuclear activities coming to light before Iran declared them to the IAEA. But those instances have been cleared up, Iran may have intended to make a declaration when the operations in question actually came on line, and tardiness in declarations is hardly an uncommon infraction among other parties to the NPT.

The nuclear activities Iran conducts today, including the enrichment of uranium, are allowed under the international nonproliferation regime and are the object of regular on-site monitoring by the IAEA.

Any mention of “violation” has to refer instead to a series of resolutions by the United Nations Security Council, which demanded that Iran cease enrichment and imposed sanctions when it did not. These resolutions are aimed uniquely against Iran and do not represent an application of generally applicable legal obligations. In short, they are bills of attainder.

What the Security Council has done in this respect it can undo. In fact, it will have to undo it if any agreements on the subject are to be negotiated with Iran. It is the permanent members of the Security Council (plus Germany) that are doing the negotiating. Any formula that included the unique-to-Iran no-enrichment demand, which has no foundation in international law beyond the Security Council resolutions themselves, is a non-starter.

Iran’s frustration at being singled out this way while dealing in the obligatory manner with the IAEA comes through in its formal response to the latest IAEA report on its nuclear activities. The Iranian document is filled with legal fastidiousness, but the Iranians’ genuine exasperation is also palpable, being expressed at one place with multiple exclamation points (!!!!!).

One of the most frequent sources of exasperation arises when Iran responds to a question or meets a requirement, only to have the issue at hand re-opened as if Iran had not responded at all.

The background to some of the Iranian complaints is conduct of the IAEA under its current director general, Yukiya Amano, that sometimes makes the agency look, to many eyes, and certainly to those of the Iranians, like a tool of adversaries of Iran. The Iranian response notes how often questions and accusations that the agency directs at Iran originate with material that is fed to it by “known sources hostile to Iran” but is never revealed enough for either Iran or anyone else to question the authenticity of the material itself. [See Consortiumnews.com’s “Slanting the Case on Iran Nukes.“]

The response also calls the IAEA to account for evidently sharing on a real-time basis with David Albright’s Washington-based Institute for Science and International Security information that was based on inspections of Iranian facilities and was supposed to remain confidential within the IAEA.[See Consortiumnews.com’s “Hyping Iran Nukes, Again.]

Much of the Iranians’ heartburn concerns the relationship between the IAEA and the U.N. Security Council and how each has blurred what are supposed to be two distinct charters and missions. On one hand the IAEA has been, in the words of the Iranian response, “more Catholic than the Pope” in seeking to implement Security Council resolutions rather than sticking to what is supposed to be its job of monitoring nuclear safeguards agreements.

On the other hand, the Security Council has waded into the implementation of safeguards agreements even though it has no business doing so if the IAEA has not made a determination, and it has not, that Iran has diverted nuclear material to military purposes or that there is a threat to international peace and security under the terms of the U.N. charter.

The Iranians come back to the U.N. charter near the end of their 20-page response and quote from Article 2 of the charter, which obligates member states to “settle their international disputes by peaceful means” and to “refrain in their international relations from the threat or use of force against the territorial integrity or political independence of any state, or in any other manner inconsistent with the Purposes of the United Nations.”

The Iranians further note, “Threats to use force against Iran’s nuclear facilities are frequently expressed, including by some permanent members of the Security Council, while the Council has proven to be unable or unwilling to restrain such declarations and compel them to ‘refrain in their international relations from the threat.’ ”

Far shorter than the Iranian response is an Israeli response to a proposal from Arab states to place on the agenda of the IAEA General Conference an item titled “Israeli nuclear capabilities.” It’s not surprising it is short; after all, what is there to say if you have the region’s only nuclear weapons and you don’t even admit their existence, as well as staying totally outside any international control and monitoring regime?

The Israelis say a few familiar things about how any attention to what they are doing would be a time-wasting diversion from the “real challenges” in the region, of which Iran and its nuclear program are of course the biggest. “Full compliance by all regional states with their arms control and non-proliferation obligations,” declares the Israeli note, is indispensable. That’s one way to be preachy about obligations, just don’t assume any yourself.