Though Israeli leaders and U.S. neocons still beat the drum for war on Iran, new evidence suggests top Iranian officials did not sanction nuclear weapons research a decade ago but rather the work originated from scientists who resisted the will of political leaders to shut it down, Gareth Porter reported for Inter Press Service.

Newly published recollections by the former French ambassador to Iran suggest that Iran was not running a covert nuclear weapons program that it then decided to halt in late 2003, as concluded by U.S. intelligence in 2007.

Ambassador Francois Nicoullaud recounted conversations with high-ranking Iranian officials indicating that Tehran’s then nuclear policy chief and now president-elect Hassan Rouhani did not know what research projects relating to nuclear weapons had been carried out over the years. The conversations described by Nicoullaud in a July 26 New York Times op-ed also portray Rouhani as having difficulty getting individual researchers to comply with an order to halt all research related to nuclear weapons. 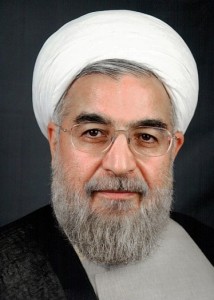 The picture of Iranian nuclear policy in 2003 drawn by Nicoullaud is different from the one in the 2007 National Intelligence Estimate, which concluded that Iran had halted “its nuclear weapons program.” That conclusion implied that Iranian government leadership had organized a program of research and development aimed at producing a nuclear weapon.

Nicoullaud recalled that a high-ranking Iranian official confided to him in late October 2003 that Rouhani had just “issued a general circular asking all Iranian departments and agencies, civilian and military, to report in detail about their past and ongoing nuclear activities.” The conversation came immediately after Rouhani had concluded an agreement with the foreign ministers of the UK, France and Germany on Oct. 21, 2003, Nicoullaud recalled.

The same official explained that “the main difficulty Rouhani and his team were encountering was learning exactly what was happening in a system as secretive as Iran’s,” wrote Nicoullaud. A few weeks after, the French ambassador learned from a second official, whom he described as “a close friend of Rouhani,” that Rouhani’s nuclear policy team had issued instructions to halt projects relating to nuclear weapons.

The Iranian official said the team was “having a hard time,” because, “[p]eople resist their instructions,” according to Nicoullaud. The official remarked that it was difficult to “convince researchers to abruptly terminate projects they had been conducting for years.”

In an e-mail to IPS, Nicoullaud said he did not believe the Iranian government had ever approved a nuclear weapons program. “The first challenge for Rouhani when he took hold of the nuclear,” said Nicoullaud, “must have been to get a clear picture of what was going on in Iran in the nuclear field.”

Rouhani had been the secretary of the Supreme National Security Council (SNSC) since 1989 and would not only have known about but would have been involved in any government decision to establish a nuclear weapons program. “I guess that most people, [Supreme Leader Ali] Khamenei included, were surprised by the extent of the activities,” Nicoullaud told IPS.

Nicoullaud’s recollections are consistent with published evidence that nuclear weapons-related research projects had begun without any government authorization. Despite an Iranian policy that ruled out nuclear weapons, many Iranian officials believed that a nuclear weapons “capability” would confer benefits on Iran without actually having nuclear weapons.

But the meaning of such a capability was the subject of ongoing debate. Nasser Hadian, a well-connected Tehran University political scientist, wrote in late 2003 about two schools of thought on the option of having a “nuclear weapons capability” but not the weapons themselves. One definition of that option was that Iran should have only the capability to produce fuel for nuclear reactors, Hadian explained, while the other called for Iran to have “all the necessary elements and capabilities for producing weapons”.

That debate had evidently not been officially resolved by a government decision before Rouhani’s appointment. And in the absence of a clear statement of policy, figures associated with research centers with military and defense ministry ties began in the latter of the 1990s to create their own nuclear weapons-related research projects without the knowledge of the Supreme National Security Council (SNSC).

Such projects were apparently begun during a period when the Supreme National Security Council was not exercising tight control over the Atomic Energy Organization of Iran (AEOI), the Ministry of Defense or the military industrial complex controlled by Defense Industries Organization related to nuclear weapons.By the mid-1990s, AEOI was already taking advantage of the lax supervision of its operations to take actions that had significant policy implications without authorization from the SNSC.

Seyed Hossein Mousavian, then the spokesman for Iran’s nuclear negotiating team, recalls in his memoirs that in January 2004, Rouhani revealed to him that AEOI had not informed the SNSC about a policy-relevant matter as important as the purchase of the P2 centrifuge designs from the A. Q. Khan network in 1995. AEOI officials had misled him, Rohani said, by claiming that “they had found some information about P2 centrifuges on the Internet and are studying it!”

When Rouhani was named to take over as nuclear policy coordinator in early October 2003, the International Atomic Energy Agency (IAEA) was demanding a full accounting by Iran of all of its nuclear activities. Rouhani’s circular to all civilian and military offices about nuclear work came soon after he had promised the IAEA that Iran would change its policy to one of full cooperation with the IAEA. At the same time, Rouhani moved to tighten up the policy loophole that had allowed various entities to start weapons-related nuclear research.

Rouhani anticipated resistance from the bureaucratic entities that had nuclear weapons-related research projects from the beginning. He recalled in a later interview that he had told President Mohammad Khatami that he expected that there would be problems in carrying out the new nuclear policy, including “sabotage.” The sequence of events surrounding Rouhani’s new nuclear policy indicates that he used Khamenei’s public posture that nuclear weapons were forbidden according to Islamic law to ensure compliance with the ban on such research projects.

Around the same time that Rouhani ordered the bureaucracy to report on its nuclear-related activities and to stop any research on military applications of nuclear power in late October, Khamenei gave a speech in which he said, “In contrast to the propaganda of our enemies, fundamentally we are against any production of weapons of mass destruction in any form.” Three days later, Rouhani told students at Shahrud Industrial University that Khamenei considered nuclear weapons as religiously illegal.

That same week, in an interview with San Francisco Chronicle correspondent Robert Collier, Hossein Shariatmadari, the editor of the conservative newspaper Kayhan and an adviser to Khamenei, alluded to tensions between the Rouhani team and those researchers who were not responding to or resisting the Rouhani circular. Khamenei was forcing those working on such projects to “admit that it is forbidden under Islam,” Shariatmadari said. He also suggested that the researchers resisting the ban had been working “clandestinely.”

Nicoullaud’s recollections suggest that the 2007 estimate glossed over a crucial distinction between an Iranian “nuclear weapons program” and research projects that had not been authorized or coordinated by the Iranian regime. Nicoullaud told IPS he believes the Islamic Revolutionary Guard Corps (IRGC), which controls Iran’s ballistic missile program, was also carrying out a clandestine nuclear weapons program.

The IRGC’s own ministry had been merged, however, with the old Ministry of Defense to form a new ministry in 1989, which implies that any such clandestine program would have necessarily involved a wider military conspiracy.

Gareth Porter, an investigative historian and journalist specialising in U.S. national security policy, received the UK-based Gellhorn Prize for journalism for 2011 for articles on the U.S. war in Afghanistan. [This article was originally published by Inter Press Services.]