The Obama administration’s aggressive campaign against whistleblowers, including the court martial of Bradley Manning and the pursuit of Edward Snowden, has stirred strong passions among many Americans who are tired of endless war and the resulting sacrifice of freedom, as this letter from David Finkelstein reflects.

As New York-based senior citizens — I was born in this country; my wife is an immigrant — we have watched with sorrow and dismay as America has moved from the nation where people once came for asylum to one from which its own loyal citizens must now flee in search of asylum. 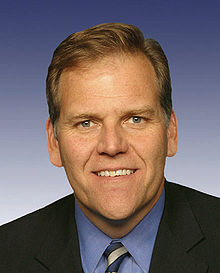 And we are outraged at your knee-jerk “security first” response to Edward Snowden’s revelation of the NSA’s ugly and unconstitutional surveillance program.

Our own representative, Senator Chuck Schumer, who in the past has with considerable justification been described as the “Senator from Wall Street” (i.e., not one who is genuinely concerned with the best interests of the greater New York public), evidently shares the same shameful stance you have taken, which prompts us to regard him now as the even more reprehensible “Senator from 1984.”

As a result, he’ll never have our vote again, and we earnestly hope that your constituencies express their displeasure with your position on the Snowden affair in a similar fashion. Why do we feel so strongly about this issue? Briefly, let me try to explain:

Inspired by a few enlightened leaders, an earlier generation of Americans proved themselves so courageous as to be willing to sacrifice their own lives, and those too of their children and grandchildren, by going into battle against the totalitarian and virulent behemoth of Nazi Germany and Tojo’s Japan, to preserve from destruction the values of freedom they held so dear.

Now, with leaders like you instead doing their utmost to instill in the public an overwhelming fear of contemporary jihadist “terrorism,” a phenomenon which however ugly and vicious is paltry by comparison to the staggeringly monumental threat posed by the Nazis and their ilk in the 1930s and ’40s, America is fast becoming a nation of cowards, people so concerned for their immediate safety and well-being that in pursuit thereof they themselves are the ones prepared to destroy those values, to abandon the rights which have defined us as a nation and which we once so cherished.

The 29-year-old Snowden could have been content just to take his $200,000 a year salary and play the ostrich (or the Eichmann — “I was just obeying orders, folks,”) as his country descended further and further into an Orwellian police state. But he decided instead to forsake everything, risking even his freedom to inform the American people that, like the Soviet KGB and the East German Stasi, whom we presumably fought the Cold War (and some hot ones as well) to suppress, the U.S. is spying on their every conversation.

The most recent edition of the Harvard Law School Bulletin (Summer 2013) contains my assessment of the two Harvard Law graduates, schoolmates of mine, who competed for the U.S. Presidency in the last election, taking issue with the celebrity-smitten but terribly misguided dean of that school, Martha Minow, who looks upon them both as “a source of pride.”

Snowden may have no more than a high school diploma but in my view he has a far better understanding of what it means to be a genuinely loyal citizen of this country than do those two Ivy League law school graduates. In short, Snowden is the real hero, one whom our country should applaud, not persecute.

Sadly, though, persecution of high-minded whistleblowers seems to be in our genes. Socrates was poisoned for his efforts, Martin Luther ex-communicated, Giordano Bruno burned at the stake. In today’s sad world the names are Jesselyn Radack, Thomas Drake, Bradley Manning, ad infinitum.

On subways and buses here in New York, we are constantly confronted by signs advising the public, “If you see something, say something.” People who once took those signs seriously now see them as a joke, albeit a very sick joke indeed, for they know what hypocrisy lies therein.

If the Obama years prove anything at all — and with your fear-mongering you two are equally complicit — it’s that those Americans who do say something about the crimes they’ve seen will soon see one more crime for sure — the U.S. government’s retributive, vindictive guillotine coming down on their innocent necks.

To paraphrase the legendary Pete Seeger’s timeless song, “When will we ever learn?”

David Finkelstein is a New York-based expert on Asia who has authored several scholarly works on China. He has translated into English one major work of Chinese fiction, The Two Mas,  by  Lao She, who was murdered during the Cultural Revolution. Finkelstein is author of the non-fiction adventure travel book, Greater Nowheres,A Journey through the Australian Bush.

15 comments for “A Citizen’s Letter on Snowden”