When Apartheid South Africa faced boycotts in the 1980s, it often argued that some black African governments treated their black citizens worse. Now Israel is making the same case regarding its oppression of Palestinians, that Arabs are worse off in, say, Syria, an argument that Lawrence Davidson assesses.

Ido Aharoni, Israel’s Consul General for New York and also “the founding head of Israel’s brand-management team and the originator of the Brand Israel movement,” recently wrote an op-ed in the New York Post (June 19, 2013). In it he took to task the famous American novelist Alice Walker for her promotion of a cultural boycott of Israel.

Aharoni explains that, just like most countries in the world, Israel tries to promote “an attractive image” of itself a sort of Israeli version of “I love New York.” He asks, since, “no other country has ever been criticized for engaging in this common practice of courting tourists and businesses” why does Walker try to interfere with Israel’s branding campaign? 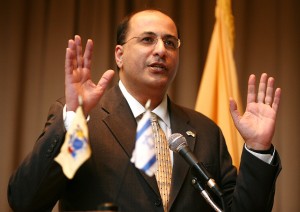 Aharoni knows full well why Walker does so. However, for him the racism and oppression Walker sees institutionalized in Israeli society is not a good reason for a boycott. Aharoni asserts that “Israel, like many places on Earth, experiences a variety of issues and challenges. . . . Israel should not be viewed through the prism of its problems, nor should any other country.” On the other hand, Aharoni wants to know why Walker is not boycotting Syria?

The question of why Americans should boycott Israel, in particular, when so many other governments and societies in the world are oppressive and brutal, is an important one. And there is indeed a good answer to it:

The fact that Zionist influence spreads far beyond Israel’s area of dominion and now influences many of the policy-making institutions of western governments, and particularly that of the United States, makes it imperative that Israel’s oppressive behavior be singled out as a high priority case for boycott.

In other words, unlike other oppressive and brutal governments, the Israelis and their supporters directly influence (one might say corrupt) the policymakers of many Western nations and this often makes their governments (most specifically the U.S.) accomplices in Israel’s abusive policies. This being so, prioritizing Israel for boycott is not hypocrisy but rather necessity.

14 comments for “Should Israel Be Boycotted?”