Whatever legalistic wording or tortured logic is applied, the ugly truth is that the narrow right-wing majority of the U.S. Supreme Court is at war with American democracy. Or, put a bit differently, these justices don’t believe that a democratic judgment relying on black and brown people should be respected.

The five Republicans on the Court know full well that by striking down the preclearance requirement before electoral changes can be made in states and districts with a documented history of racial discrimination, they are inviting a wave of legal impediments to minority voting. The same five justices also knew that in 2010 their Citizens United ruling would open the floodgates for mostly right-wing billionaires to inundate political campaigns with misleading propaganda. 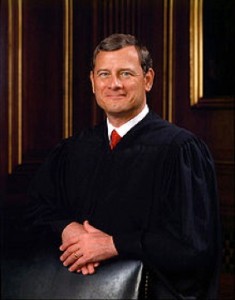 And, the stage for this sustained judicial assault on democracy was set when the predecessor to the Roberts Court, the Rehnquist Court, intervened to stop the counting of votes in Florida and to effectively anoint Republican George W. Bush the President, though he lost the national popular vote and would have lost the swing state of Florida to Democrat Al Gore if all ballots legal under state law were counted. [See Neck Deep for details.]

Though Bush’s presidency turned out to be a disaster for the United States and the world, it was a godsend to the Court’s right-wing majority. Bush was able to replace two Republican justices who participated in appointing him William Rehnquist and Sandra Day O’Connor with right-wingers, John Roberts and Samuel Alito.

Those two Bush appointments moved the Court even further to the Right and gave the Republicans hope that even amid the nation’s demographic changes, which were reflected in the election of Barack Obama in 2008 as the nation’s first African-American president, there was still a way for right-wing and white power to be sustained.

The Citizens United case of 2010 was the next blow, delivered by the Roberts Court, making possible unlimited spending from “dark pools” of cash to propagandize the American electorate. That surge of right-wing money combined with progressive disappointment with the first two years of Obama’s presidency helped elect rabidly right-wing Republican majorities in the House and in state capitals around the country.

Given that 2010 was a census year, Republicans were empowered to gerrymander congressional seats to concentrate liberal voters in a few isolated districts and arrange for solid conservative majorities in most others. (The redistricting effectively guaranteed a continued Republican majority in the House even though Democratic candidates received about one million more votes nationwide in 2012.)

The outcome of Election 2010 also enabled Republican-controlled statehouses to begin a coordinated strategy to suppress the votes of blacks, Hispanics, the poor and the young seen as predominantly Democratic voters by requiring photo IDs, tightening eligibility and reducing voting hours.

That plan, however, ran afoul of the Voting Rights Act, especially in Old Confederacy states like Texas which were covered by the preclearance requirement of the law. Using the Act, the Justice Department was able to beat back most of the attempts to infringe on suffrage and minorities provided key votes to reelect President Obama in 2012.

So, the Voting Rights Act of 1965 (which had been reauthorized overwhelmingly by Congress in 2006) became the next target of the Roberts Court. In a historic ruling on Tuesday, the five right-wing justices Roberts, Alito, Antonin Scalia, Anthony Kennedy and Clarence Thomas gutted the law by ripping out the preclearance procedure.

The five justices barely bothered with any logical or constitutional argument. Their central point was to publish charts that showed that black voting in areas under special protection of the Voting Rights Act was generally equal to or even higher than the percentages of white voters.

But all that did was show that the law was working, not that those areas would not again resort to trickery once preclearance was removed. As Justice Ruth Bader Ginsburg argued in a dissent, there was no justification for the Court to overrule the judgment of Congress, reaffirmed only seven years ago.

“Throwing out preclearance when it has worked and is continuing to work to stop discriminatory changes is like throwing away your umbrella in a rainstorm because you are not getting wet,” Ginsburg wrote.

There also is no doubt that the Constitution grants Congress the explicit power to enact legislation to protect the voting rights of people of color. The Fifteenth Amendment states that “The right of citizens of the United States to vote shall not be denied or abridged by the United States or by any State on account of race, color, or previous condition of servitude.” It adds: “The Congress shall have power to enforce this article by appropriate legislation.”

The amendment was ratified in 1870 during Reconstruction, meaning that many whites from Southern states and other racist jurisdictions never accepted its legitimacy. Once Reconstruction ended in 1877, the whites of the Old Confederacy reasserted political control and deployed a wide array of tactics to deter many blacks from voting.

It was not until the Civil Rights Movement of the 1960s that the federal government reasserted its determination to guarantee justice for African-Americans, including the right to vote through the Voting Rights Act of 1965. Because the national Democratic Party took the lead in pushing these changes, many Southern whites switched their allegiance to the Republican Party.

This white backlash gave impetus to the elections of Richard Nixon, Ronald Reagan and George H.W. Bush, all of whom appealed to white voters with coded racially tinged language. The Republican strategy also included putting like-minded justices on the Supreme Court with an eye toward rolling back the civil rights gains of the 1960s.

To make its appeals to racism less offensive, the Right also began cloaking itself in the nation’s founding mythology, dressing up renewed appeals for “states’ rights” in a fabricated historical narrative that the key Framers of the Constitution the likes of George Washington and James Madison despised the idea of a strong central government when nearly the opposite was true. [See Consortiumnews.com’s “The Right’s Dubious Claim to Madison.”]

What the Right actually was doing with its bogus history was enabling today’s neo-Confederates to rebrand themselves, from the overt appeals to racism symbolized by the Stars and Bars by substituting the Revolutionary War banner of a coiled snake and “Don’t Tread on Me” motto. Yet, despite the more popular imagery of 1776 over 1860, the philosophy remained the same.

This cosmetic transformation of the Right from its crude allusions to the Old Confederacy to its more palatable references to the Revolutionary War surfaced most clearly after the election of Barack Obama in 2008. The Right recognized that the demographic shifts that made his election possible were also dooming the future of white supremacy.

So, the Tea Party invoking the Right’s carefully constructed founding myth rallied to “take our country back,” aided immensely by massive funding from the Koch Brothers and other right-wing billionaires.

The Right’s current message remains wrapped in the word “liberty” much as that word was used by some of American slaveholders in the nation’s early years and by the Confederates during the Civil War. But the Right’s message is really all about the “liberty” of white Americans to reign over — and rein in — non-white Americans.

It is not even clear that many right-wing white Americans believe that blacks and other non-whites deserve citizenship, a position that many in the Tea Party appear to share with their forebears some of the slaveholding Founders, the “nullificationists” of the pre-Civil War South, the Confederates, and the Ku Klux Klan.

That sentiment remained at the heart of the Jim Crow laws during Southern segregation denying citizenship rights to blacks despite the Fourteenth and Fifteenth amendments; it can be seen in the Right’s longstanding refusal to grant congressional voting rights to District of Columbia residents, many of whom are black and who face “taxation without representation”; it is reflected in the Right’s obsession with the conspiracy theory about Obama being born in Kenya; and it fires up Republican opposition to immigration reform since it would permit some 11 million undocumented immigrants — mostly Hispanic — to eventually gain citizenship.

It is this fear of real democracy with its genuine promise of one person, one vote that has now motivated the Supreme Court’s right-wing majority to give America’s neo-Confederates one more shot at reversing the nation’s acceptance of racial equality at the ballot box.

If the civil rights era starting in the 1960s was a kind of Second Reconstruction forcing fairness and decency down the throats of resentful Southern whites then what Roberts, Scalia, Kennedy, Thomas and Alito have done could be viewed as the start of a Second Jim Crow era.

After the Voting Rights Act was gutted on Tuesday, some officials from the Old Confederacy immediately rubbed their hands with glee, anticipating how they could minimize the number of black and brown voters in future elections and maximize the number of white Republican members of Congress.

“With today’s decision,” said Greg Abbott, the attorney general of Texas, “the state’s voter ID law will take effect immediately. Redistricting maps passed by the Legislature may also take effect without approval from the federal government.”