Turkey and Brazil are two fast-developing regional powers that have begun to take their places on the global stage. But both are now dealing with popular unrest directed against government actions that have struck some protesters as arrogant and insensitive, as ex-CIA analyst Paul R. Pillar notes.

The timing is probably coincidence, but it is hard not to notice how popular disturbances that have shaken major cities in Brazil have come right after big street protests in Turkey. These are, of course, two very important countries, which pull considerable weight in affairs far beyond their own borders.

One of them is one of the BRICS and the largest country in the Western hemisphere after the United States. The other is at a critical junction of Europe and the Middle East and is a key player in addressing such problems as the war in Syria. 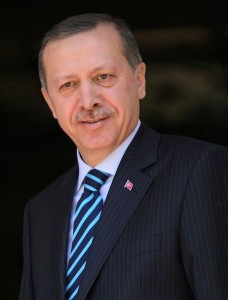 The two have even worked together on some issues of importance to the United States, most notably in brokering a deal on Iran’s nuclear program to which Tehran agreed and that, had the United States not backtracked from a formula that it had once proposed itself, might have put us on the road to settling this matter.

It would be easy to dismiss any coupling of the situations in Turkey and Brazil, given the obvious differences. The immediate explicit issues are different: proposed redevelopment of a city park and square in one case; increased transit fares in the other. The incumbent governments are not at all alike, one having a long-serving leader who heads a moderately Islamist party, and the other a newer president heading a leftist movement.

But a very important similarity is that they are both democracies. Not only that, but democracies which, although each has a military that had been involved in politics in the not-too-distant past, have come to be considered stable, with their armies now expected to stay in the barracks.

Several possible lines of inquiry come to mind. We may be seeing a process of incumbents losing touch with their constituents over time, especially when incumbents or their parties have been in power for a long time. Some have suggested this is true especially of Turkish prime minister Recep Tayyip Erdogan.

In Turkey’s case this includes Erdogan’s desire to hark back to Ottoman glories with the structure he wants to erect in place of the park that has been at the center of protests in Istanbul. In Brazil’s case this includes huge resources being spent on hosting the soccer World Cup and the Olympic Games, resources unavailable for many other programs that would affect the welfare of ordinary Brazilians.

No doubt there is also a lot of sociology to be explored on the protesters’ end. Dissertations probably can be written that can explain some of what we are seeing in terms of generational change, evolving class structures, or the like. Pending the development of such knowledge and any better explanations for what has been going on in the streets of these two countries, a few more general observations can be ventured.

One is that even relatively stable and well-established democracies are more fragile than we might like to think. And before we get too haughty in distinguishing our own democracy from those in Brazil and Turkey, recall that the United States has had its share of nasty disturbances in its streets in the not-distant past. The same question about why a democratically elected government should be the target of action in the street can be applied to the United States as well as to Brazil and Turkey.

A related observation is that, although representative democracy is still the least bad form of government and the one best able to align the actions of the rulers to the interests of the ruled, it still has deficiencies. It does not solve all problems of stability and responsiveness. We should remember this whenever we are tempted to think of democratization as a cure for whatever overseas ill we may be focusing on at the moment.

A final observation is that these disturbances evidently were a surprise even to those who were in power in the countries involved and thus had the biggest stake in being able to anticipate the trouble. We should remember this the next time we are tempted to berate our own experts or government agencies for not predicting such things that happen overseas.