For years, the Afghan Taliban have said they would negotiate with the U.S. once it was clear the Americans were committed to leaving, making their sudden commitment to talk less “surprising.” But Official Washington could learn other important lessons from the long Afghan War, says ex-CIA analyst Paul R. Pillar.

With the double milestones in Afghanistan of NATO turning over the remainder of its combat role to Afghan government forces and the announced imminent opening of peace talks with the Taliban, it is an appropriate time to note a few lessons demonstrated by this war.

Foreign military expeditions are more likely to be longer and costlier than expected than to be shorter and cheaper. Most Americans would have been astounded back in the autumn of 2001 if told that U.S. troops would still be fighting and dying in Afghanistan more than 11 years later. 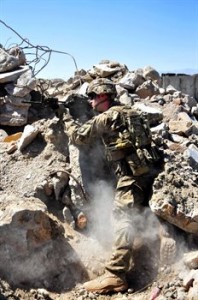 Other examples come easily to mind, the Iraq War of the past decade being an especially obvious one. An exception to this pattern was Operation Desert Storm in 1991, aided by the clarity and limited nature of the objective of liberating Kuwait.

Finding off-ramps is hard. The initial goals of the intervention in Afghanistan, of rousting the perpetrators of 9/11 from their haven and ousting their then-allies from power, were noble. They were achieved in the first few weeks of the intervention, after which it probably would have been better to declare the operation a success and go home. But mission creep is a ubiquitous phenomenon.

Welcomes get worn out. Afghanistan used to be a rare oasis in the Muslim world of favorable sentiment toward the United States. The dissipation of much of that goodwill is the almost inevitable result of the damage, frictions and anger that come from foreign occupation and the operations of a foreign military force.

Diplomacy usually shapes final outcomes. Most armed conflicts, including civil wars, end with some negotiated coming to terms. That is true even of most one-sided outcomes. The surrender Grant accepted at Appomattox was not unconditional; it was a negotiated surrender, which let Confederates keep their horses and the officers among them keep their sidearms. Again, there are exceptions; the Sri Lankan government’s final eradication of the Tamil Tigers in 2009 did not involve a coming to terms. The conditions for any similar outcome have never been present in Afghanistan.

Increased pressure doesn’t necessarily mean increased results. There has been much talk over the past couple of years from some quarters in the United States that any easing of the pressure on the Afghan Taliban would only make the Taliban less interested in making peace. We aren’t hearing elaboration of that view from the same quarters today, as the Taliban’s acceptance of peace talks occurs at the same time NATO steps down from its combat role.

Adversaries’ interests, like ours, change. We have a tendency to pigeon-hole other actors as either friends or implacable enemies and to view them that way forever. This view usually is mistaken, as it would be today in Afghanistan. The Taliban would have little or no interest in the United States without the U.S. military presence in Afghanistan, and the United States would have little interest in the Taliban without their prior association with al-Qa’ida.

Today the Taliban’s incentives are against any renewal of the association. It is entirely realistic to look forward to a peace agreement that cements that change.

4 comments for “Hard Lessons from the Afghan War”