The U.S.-Russia-led peace talks on Syria face many obstacles, including rebels demanding weapons in exchange for showing up. But one self-imposed obstacle would be Official Washington blocking Iranian participation out of a misguided fear of political fallout, as ex-CIA analyst Paul R. Pillar explains.

A perpetual and perpetually misguided American notion about international negotiations is that sitting down to talk constitutes some sort of reward for the party on the other side of the table, a reward to be bestowed only in return for good behavior.

This notion may be involved, even if only indirectly, in the curious U.S. resistance to participation by Iran in the prospective international conference about the conflict in Syria. Perhaps the resistance has more recently lessened; on Tuesday the deputy Iranian foreign minister commentedin Moscow that Iran had received a “verbal invitation” to attend the conference, without specifying who had extended the invitation. We should hope that the verbal invitation will turn out to be a firm one.

The United States has been joined in its resistance by France. Maybe Paris’s posture has been rooted somehow in old French hang-ups about the Levant. The reason for the similar posture by the Obama administration, notwithstanding its leadership role along with Russia in arranging the conference in the first place, is unclear. 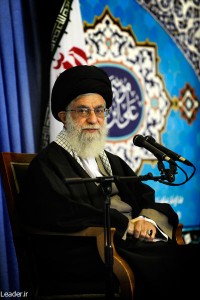 If the administration itself does not subscribe to the talking-as-reward school of thought, possibly the policy has been just one more manifestation of an environment in Washington in which anything that could be construed as a positive gesture toward Iran is considered bad politics and the opposite is always good politics.

From the standpoint of trying to ameliorate the situation in Syria, there is no way that exclusion of Iran can help, no matter how negative and nefarious a role the Iranians are assumed to be playing. The general principle involved is that the only peace talks that are ever meaningful are ones with adversaries, not with just friends and allies. In the Syrian case, anyone playing any significant role in the conflict, positive or negative, ipso facto belongs at the table.

If the Iranians have reason to do things regarding the Syrian conflict now, with no peace talks, that we consider unhelpful, they would have no less reason to do similar things if they are excluded from any talks that do take place. There would be more possibility of change with the dialogue and deal-making at a conference. Exclusion would only increase Iran’s incentive to find other ways to make its weight felt.

Perhaps some of the thinking has been that no encouragement should be given to Iran playing any significant regional role, not just on Syria. But players in the region are not going to take instructions from Paris and Washington regarding how they should regard other regional players and whom they should deal with.

Besides, anything that leads the Iranians to feel more of a stake in regional stability is on balance good. Exactly what that should mean in terms of Iranian behavior is something worth talking to them about.

← The Spillover from Data-Mining
A Black American Fighting Fascism →

5 comments for “Letting Iran in on Syrian Peace Talks”