It was surely odd to see right-wing Republican Dana Rohrabacher speaking positively about Russia, but perhaps he was influenced by actor Steven Seagal — or maybe animosity toward Islamists now tops old grudges toward Moscow, a question that ex-CIA analyst Paul R. Pillar addresses.

A visit to Russia by a Republican congressional delegation led by Dana Rohrabacher of California has featured some unusual twists. The trip was at least partly arranged by action-film star Steven Seagal, which makes it only slightly less weird, as far as the role of entertainers is concerned, than Dennis Rodman being a point man for engagement with the leader of North Korea.

Then there is the whole idea of GOP legislators being activists for greater security cooperation with the Russians. They belong to the party whose presidential nominee last year described Russia as the principal geopolitical adversary of the United States, an “absurd statement,” according to Rohrabacher this week. 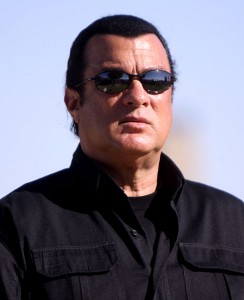 The general idea being promoted by the delegation is sound, and to the extent the trip makes a difference it may well be to the good. A major theme of the trip is the importance of cooperation against Islamist terrorism. Bilateral cooperation with a wide range of partners has long been an important component of U.S. counterterrorism. The list of those partners is very long, longer than most of the public is apt to expect, and has included many states that have generally been thought of as U.S. adversaries.

Acting on shared interests between Russia and the United States in opposing certain varieties of terrorism makes sense. But any such cooperation should be undertaken with eyes open about a couple of things that the congressional delegation, based on its comments, does not seem to appreciate fully.

One concerns the limits of what can be done in counterterrorism even with robust international cooperation. A focus of discussion on the trip naturally was the Boston Marathon bombing, given the Russian ties of the ethnic Chechens who were the alleged perpetrators.

Rohrabacher made a comment on this subject that did not levy blame specifically on either Russia or the United States but included the assertion that greater cooperation between the two countries could have prevented the bombing. Based on what is publicly known so far, that assertion is not supportable.

Although we do not know all that Russian authorities knew before the incident about the elder Tsarnaev brother, we do not have a good basis for believing that they knew he was doing, or would do, terrorism, including doing it in Boston.

The other note of caution concerns not getting sucked into, or providing cover for, the other country’s agenda. Saying, as the congressmen did, that the United States and Russia share a common interest in defeating “radical Islam” covers a broad set of objectives, some of which the two countries really do share and others of which they do not.

They share an interest in countering terrorism, and more specifically terrorism as the United States defines it. They do not share an interest in taking hard-line approaches toward other kinds of dissident activity, including in the north Caucasus, that Moscow would be inclined to include as well under the label of radical Islam. It was unhelpful for Seagal to dismiss as “rumors” the serious human-rights concerns that have been raised about the current Putin-backed boss of Chechnya, Ramzan Kadyrov.

One of the many problems stemming from the United States pitching counterterrorism as a boundless, worldwide “war on terror” is that it has provided a handy banner under which other countries have pursued, sometimes brutally, their own campaigns against ethnically based dissident movements.

Putin’s Russia certainly has done so in the Caucasus. So has another foil of the congressmen’s trip to Russia, China, in its handling of resistance from Uyghurs.

5 comments for “To Russia With Love”