As Iraq — after the U.S. invasion — became a violent cauldron that featured, among other forms of bloodletting, a surge of Sunni terrorism, American apologists for the war and other supporters of the invasion who were trying to cope with their cognitive dissonance put the violence in a favorable light that even got additional mileage out of the pre-war fiction about how invading Iraq would be a way of dealing with al-Qaeda.

The new concept was the flypaper theory of counterterrorism: the idea that the war was serving to attract terrorists to a place where U.S. forces could more easily gun them down. Better to fight them and kill them in Iraq, went the idea, than to fight them later after they got to the United States. 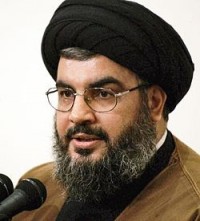 The fundamental flaw in the flypaper theory as applied to what was happening in Iraq is that it assumed there was a fixed number of jihadi terrorists, some subset of whom were cooperatively coming to Iraq to be martyred. Far from there being a fixed number, the war significantly boosted the number.

The great majority of those who committed terrorist violence in Iraq were not, prior to the war, previously established terrorists who had been hiding and plotting in some unreachable place in South Asia or elsewhere. Instead, they were perpetrating such violence for the first time, having been stimulated to do so by the U.S. invasion and occupation and subsequent Iraqi civil war.

In different circumstances, however, there might be something valid in a version of the flypaper theory. The key required difference would be that a specific organization is involved whose membership is closer to being fixed than is that of an inchoate movement that expands every time an angry individual decides to resort to violence.

As far as U.S. interests in particular are concerned, another difference is that the United States not become what it became in Iraq: a principal stimulant and target of the violence.

Conditions something like this exist today in Syria. Not among the radical Sunni jihadists on the rebel side, whose numbers have been expanding just as they did in Iraq, but instead on the pro-regime side with regard to Lebanese Hezbollah. Hezbollah has made a major commitment on behalf of the Assad regime, and it is paying a heavy price.

The price comes in the form of substantial losses in men and materiel, as well as politically in the form of alienation from the larger Sunni Arab world, most of which favors the Syrian rebels. Former Lebanese prime minister (and thus a Sunni) Saad Hariri said that Hezbollah’s decision to fight in Syria was “political and military suicide.” That’s an overstatement, but the costs for Hezbollah certainly have been high.

Meanwhile, the Syrian war has indirectly raised new challenges to Hezbollah back in Lebanon. Lebanese Sunnis have gained experience fighting in Syria. Rebels from Syria have even infiltrated parts of Hezbollah’s stronghold in the Bekaa Valley. These processes can be expected to continue as long as the Syrian war continues.

Such developments get overlooked by many people who profess concern about Hezbollah and its influence and who say that if Hezbollah is on one side of a war, we ought to back the other side. For anyone who really is concerned about Hezbollah and would like to see it weakened, it would be better to stand back and let the status quo continue.

It would serve Hezbollah’s interests for the United States and the West to do anything that would help the group do what it has often successfully done in the past, which is to pose as champion of causes with which most Sunni Arabs and not just Shia identify.

In a speech last weekend, Hezbollah’s leader Hassan Nasrallah said his group is fighting in Syria to keep the country out of the hands of “America, Israel and the takfiris.” Rather than giving Hezbollah the propaganda gift of making that description seem true, it would be better to let Hezbollah get stuck more inextricably in the Syrian trap.