Exclusive: For more than a decade, the Guantanamo Bay prison has been a blot on America’s conscience. President Obama vowed to close it but acceded to congressional demands to keep it open. Now, an emerging humanitarian crisis a mass hunger strike is drawing only scant attention, says ex-CIA analyst Ray McGovern.

There have been nine congressional hearings on the Benghazi controversy with more to come but almost no one in Congress dares put the spotlight on the unfolding scandal surrounding the Guantanamo Bay prison where most of the remaining 166 inmates have opted to “escape” from indefinite detention via the only way open to them starving themselves to death.

One exception to the congressional cowardice is Rep. Jim Moran, D-Virginia, who sponsored a highly instructive panel discussion on the prison at Guantanamo last Friday. Why simply a “briefing,” rather than a formal House hearing? Simple. Not one of the majority Republicans who currently chair committees in the House and have the power to call hearings wants Americans to hear the details of this blight on the nation’s conscience. 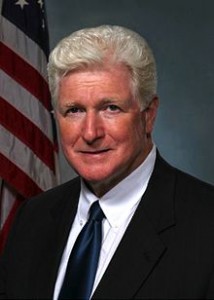 Rep. Jim Moran, D-Virginia, who held a public briefing on the Guantanamo crisis.

To be completely fair, the reigning reluctance seems, actually, to be a bipartisan affair. Moran is one of the few Democrats possessed of a conscience and enough moral courage to let the American people know what is being done in their name. For other lawmakers, it is a mite too risky.

Folksy folks like Sen. Lindsey Graham, R-South Carolina, a member of the Armed Services Committee which is supposed to exercise oversight of the lethal operations carried out by the Joint Special Operations Command, make no bones about the dilemma they prefer to duck when it comes to letting detainees die at Guantanamo or letting the president blow up suspected terrorists via drone strikes.

Here’s Graham quoted in Esquire magazine last summer on why Congress has engaged in so little oversight of the lethal drone program: “Who wants to be the congressman or senator holding the hearing as to whether the president should be aggressively going after terrorists? Nobody. And that’s why Congress has been AWOL in this whole area.” The same thinking applies to showing any mercy for the people held at Guantanamo.

It seems to me that Guantanamo is a three-fold scandal: (1) the abomination of the cruel, inhuman and degrading treatment given those prisoners; (2) the reality that most of those remaining were cleared for release more than three years ago; and (3) the fact that Moran’s was the very first congressionally sponsored public “briefing” of its kind more than 11 years late.

While there has been endless attention paid to how the Benghazi talking points were drafted for use on Sunday talk shows last September, the American people have been spared high-profile testimony about how 86 of the remaining 166 prisoners at Guantanamo were cleared for release more than three years ago following a year-long investigation of their cases by an interagency task force of officials at the Departments of Justice, Defense, State, and Homeland Security.

How might Americans feel if they knew that most of these 86 are now on a prolonged hunger strike and that many are being force-fed against their will, a notoriously painful, degrading and even illegal practice. Two weeks ago, 40 additional military medical personnel were sent to Guantanamo to assist with the force-feedings.

The American Medical Association has condemned such force-feedings as a violation of “core ethical values of the medical profession.” The United Nations has condemned the practice as torture and a breach of international law.

Friday’s unusual “briefing” sprang from an initiative by a group of concerned citizens mostly from Moran’s district in northern Virginia. On April 30, Kristine Huskey led a small group of us to meet with Moran, one of the very few members of Congress to speak out against the obscenity called Guantanamo. We put our shoulders to the wheel (and enlisted the willing shoulders of many other pro-justice people) and brought about the briefing in nine days.

C-Span filmed the entire hour and a half. You will not be at all bored if you tune in. And that goes in spades if the disinterest by the corporate media has left you wondering how it came about that America is fast losing its soul. You can find the video under the title, “Panel Holds Discussion on Guantanamo Detainees,” May 10, 10:00-11:30 in Rayburn B-354. Participants included:

Toward the end of the Q & A (at 1:29:50), I asked why Bush administration lawyers such as Alberto Gonzales and David Addington have not been held accountable by the legal profession. Official documents released by the Bush administration show them to have been responsible for advising President George W. Bush to disregard international law, including the key Common Article 3 of the Geneva Conventions.

It occurred to me that three of the four panelists, plus Rep. Moran, moderator Huskey and former chief prosecutor at Guantanamo, Col. Morris Davis, USAF (ret.), who joined the panel when Moran had to leave after the first hour, are lawyers. The response I got was: “I’m not sure there’s an answer to that.”

In fairness, I need to point out that the panel had been under way for almost an hour and a half, and my question had already been described as “the last one.” Still, I was left wondering: can it be true that there is no answer to that?

I thought of the many lawyers in my immediate family and especially of my father, Joseph W. McGovern, a long-time professor of law at Fordham University who loved the law as if the law itself were a member of our family. Dad also served for 14 years on the New York State Board of Regents including six years as Chancellor (1968-75), whose broad mandate included holding accountable professionals licensed to practice in the State of New York. I could sense him rolling over in his grave at the proposition that there is no answer to the question of holding the likes of Gonzales and Addington accountable.

Dad took particular pride in the principled way in which U.S. Supreme Court Justice Robert Jackson prosecuted Nazi leaders after World War II at the Nuremberg Tribunals. Jackson said this about the purpose of Nuremberg: “We must make clear to the Germans that the wrong for which their fallen leaders are on trial is not that they lost the war, but that they started it.”

The intent was to establish a precedent against aggressive war like, say, Iraq, just 57 years later. Jackson said: “Let me make clear that while this law is first applied against German aggressors, the law includes, and if it is to serve a useful purpose, it must condemn aggression by any other nations, including those which sit here now in judgment. …

“We are able to do away with domestic tyranny and violence and aggression by those in power against the rights of their own people only when we make all men answerable to the law. This trial represents mankind’s desperate effort to apply the discipline of the law to statesmen who have used their powers of state to attack the foundations of the world’s peace and to commit aggression against the rights of their neighbors.”

On April 24, 1946, Nazi defendant Wilhelm Frick, for example, told the Tribunal, “I wanted things done legally. After all, I am a lawyer.” Of course, not all laws are good things.

Frick drafted, signed and administered laws that suppressed trade unions and persecuted Jews (including the infamous Nuremberg Laws). He insisted he had drafted the Nuremberg Laws for “scientific reasons,” to protect the purity of German blood. Frick also knew that the insane, aged and disabled (“useless eaters”) were being systematically killed, but did nothing to stop it.

Frick was one of 11 defendants sentenced to death by the Nuremberg Tribunal. He was hanged on Oct. 16, 1946.

Lest I be misunderstood, I do not advocate capital punishment even for the likes of Gonzales and Addington. I simply want them held accountable, as their faux-lawyer Nazi counterparts were. Otherwise, we have made a liar out of Justice Jackson and made a mockery of the Nuremberg principles, which will be revealed as just another case of “victor’s justice” despite Jackson’s promises to the contrary.

I haven’t a clue as to how the legal profession tries to hold lawyers accountable. But here I was among a group of fine lawyers: Pardiss Kebriaei, David Irvine, Kristine Huskey, Moe Davis and Jim Moran. Had they no idea either? Or were we just out of time.

Lauer: Why is waterboarding legal, in your opinion?

Bush: Because the lawyer said it was legal. He said it did not fall within the anti-torture act. I’m not a lawyer. But you gotta trust the judgment of the people around you, and I do.

Are American lawyers going to let that kind of thing stand?

Ray McGovern works with Tell the Word, a publishing arm of the ecumenical Church of the Saviour in inner-city Washington. He was an Army infantry/intelligence officer and a CIA analyst for 30 years, and now serves on the Steering Group of Veteran Intelligence Professionals for Sanity (VIPS).

3 comments for “The Deepening Shame of Guantanamo”