From the Archive: Mother’s Day has become a time to thank mothers for the hard work they do raising children and keeping families together, surely a worthy message. But the original Mother’s Day in 1870 had a more political intent, urging mothers to stop the horrors of war, as Gary G. Kohls wrote in 2011.

In 1870 five years after the American Civil War ended the disastrous long-term human and economic consequences of the conflict were becoming increasingly apparent, especially to the mothers of the sons and the wives of the husbands who had seen their patriotic men march off to that “inglorious” war and had come home dead or wounded.

Most Civil War-era women on either side of the battle lines had willingly participated in the flag-waving fervor that all war planners and all war-profiteers of all ages cunningly elicit from the people who will be expected to patriotically pay their war taxes. 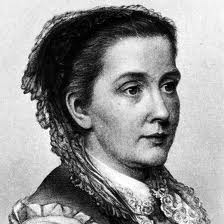 Such propagandistic techniques are universally aimed at the poor and working-class soldiers who must be fooled into doing the soul-damning dirty work. But the war finally ended in 1865 with the North and South experiencing mutual exhaustion.

The war had resulted in a total of 600,000 dead American soldiers, with no accurate count of the probably much larger number of those soldiers who were wounded, missing in action or committed suicide after the war was over.

Julia Ward Howe, author of the Mother’s Day Proclamation of 1870, was a life-long abolitionist and therefore, early on, she was a supporter of the Union Army’s anti-slavery rationale for going to war to prevent the pro-slavery politicians and industrialists in the Confederate South from seceding from the Union over the slavery issue.

Howe was a compassionate and well-educated middle child of an upper-class family. She was also a poet who, in the early days of the Civil War, wrote “The Battle Hymn of the Republic” using many biblically-based lyrics.

Howe had intended her song to be sung as an abolitionist song; however, because of some of the militant-sounding lyrics and the eminently marchable tune, it was rapidly adopted by the Union Army as its most inspiring war song, a reality that Howe likely regretted when the true nature of the world’s first modern “total war” became clear to her.

Howe, who wrote the “Battle Hymn of the Republic” in one sitting (in the early hours of Nov. 18, 1861), later became a pacifist and antiwar activist.

At the time she wrote the song, the Civil War was just starting and had not yet degenerated into the wholesale mutual mass slaughter that was made possible by the technological advances in weaponry that would eventually make cavalry charges, the bayonet and the sword obsolete.

Howe’s evolution into pacifism came about because of the horrors of the War Between the States (1861 1865). By the time she proposed a national day of mourning for the war’s victims, she had also become aware of the carnage that was occurring overseas in the Franco-Prussian War, which had started in July of 1870.

That war, won by Germany, was a very short war but nevertheless it had resulted in almost 100,000 killed in action plus another 100,000 severely wounded.

Howe’s awareness of the new realities of war had been made possible because of the relative lack of press censorship about the barbaric nature of modern warfare, which appropriately horrified sensitive humans like her.

It hadn’t taken too long for peace-loving, justice-oriented and compassionate observers to recognize that war was indeed, the equivalent of hell on earth. Howe recognized that reality even before the infamous U.S. Gen. William Tecumseh Sherman uttered his famous statement about the satanic nature of war.

Sherman’s statement had indicted his era’s “ChickenHawks”: “I confess without shame that I am tired and sick of war. Its glory is all moonshine. It is only those who have neither heard the shrieks and groans of the wounded, who cry aloud for more blood, more vengeance, more desolation. War is Hell.”

(ChickenHawks are flag-waving war-mongers who have never truly experienced the gruesome realities of combat war and yet have no problems sending their nation’s sons and daughters off “into harm’s way.”)

Women have often seen their sons and husbands returning home broken in body, mind and spirit. These men, no matter what side they had fought on and whose side claimed the hollow victory, were all equally defeated when the war ended. And none of them regarded themselves as heroes. Their minds had been forever changed. They had at last seen through the lie that war was glorious.

What was an unexpected development for many of the families of the returning soldiers – both North and South – was the fact that many of the veterans who had no visible scars were still disabled mentally, many of them getting worse after they came home.

The healing effect of time didn’t work like it was supposed to in the combat-traumatized victim of war. These ones commonly became melancholy, suffered horrendous nightmares, couldn’t function in society and were frequently suicidal, homicidal and/or turned to a life of crime. It is a fact that many of the most infamous train and bank robbers and serial killers of the late 1800s got their start as Civil War soldiers (the members of the James gang were a good example).

Because of the inability of normal families to deal with the massive numbers of traumatized warriors, the first “veterans homes” in America were constructed for the long-term care of invalided ex-soldiers who, without society’s help, would have otherwise starved to death – homeless, despairing, jobless and helpless.

Many of these unfortunates were diagnosed as having “Soldiers’ Heart”, also known in the Civil War era as “Nostalgia”, a commonly incurable malady, then as well as now, known today as “Combat-Induced PTSD” (posttraumatic stress disorder).

Julia Ward Howe was a humanist who cared about suffering people. She was also a feminist, a social justice activist and a suffragette, and it was because of her ultimate antiwar commitment that she wrote the famous “Mother’s Day Proclamation” in 1870, five years after the end of the Civil War.

The Mother’s Day Proclamation was partly a lament for the useless deaths and partly a call to stop future wars. The call to action was not directed at men, most of whom would have refused to admit, because of their masculine pride, that their dead buddies had actually died in vain.

Rather, the call was directed at women who were more thoughtful, humane and compassionate than the more violence-prone male members of the species.

Sadly, Howe’s original intent in calling for a Mother’s Day protest against war has been censored from the consciousness of our capitalist, militarized, war-profiteering culture. Her call to action has been watered-down to a sentimental shadow of its original intent.

Rather, Mother’s Day in America has been exploited into a profit-making venture, as have most other holidays (including the originally religious ones like Easter and Christmas). Mother’s Day seems to be just another annual opportunity for gift-buying, gift-giving and the marketing of non-essential consumer goods to a gullible public.

No mention is made of its original purpose. What was originally a call to mobilize outraged mothers to keep their sons and husbands from going off half-cocked to kill and die for some corporate war profiteer or other, has become just another opportunity for boosting the corporate bottom line. One wonders what “irrelevant agencies” Howe was talking about in line two of the Proclamation below.

One can be sure that the predecessors of our modern militarists, politicians, bankers, media moguls, autocratic corporatists and various bureaucratic agencies that have been royally messing things up in places like Vietnam, Central America, Iraq, Afghanistan, Pakistan, the Muslim oil states, the Gulf of Mexico, Japan (and the rest of the irradiated world), were also ignoring the wishes of compassionate mothers and the critically thinking public back in 1870.

Note in Howe’s manifesto how strongly she felt about wives and mothers never again having to be put in the position of comforting or applauding their soldier-husbands or soldier-sons when they come home from war “reeking of carnage.”

Howe clearly felt that mothers should never again let war-making institutions make killers out of their sons who they had raised to be ethical, humane sons with a love for humankind. The prevention of such “reeking” is so much simpler than the attempt to reverse the often untreatable consequences of the gruesomeness of combat war.

Let the people of good will begin again to promote the peacemaking vision of Julia Ward Howe in our current chaotic time of perpetual war. A good place to begin would be this Mother’s Day.

Arise then, women of this day! Arise, all women who have hearts, whether your baptism be that of water or tears!

Say firmly: ‘We will not have great questions decided by irrelevant agencies.

Our husbands shall not come to us, reeking with carnage, for caresses and applause.

Our sons shall not be taken from us to unlearn all that we have taught them of charity, mercy and patience.

We women of one country will be too tender of those of another to allow our sons to be trained to injure theirs.

From the bosom of the devastated earth, a voice goes up with our own. It says, “Disarm, disarm!”

The sword of murder is not the balance of justice. Blood does not wipe out dishonor, nor does violence indicate possession.

As men have often forsaken the plow and the anvil at the summons of war, let women now leave all that may be left of home for a great and earnest day of counsel.

Let them meet first, as women, to bewail and commemorate the dead. Let them solemnly take counsel with each other as to the means whereby the great human family can live in peace, each bearing after his own time the sacred impress, not of Caesar but of God.

In the name of womanhood and of humanity, I earnestly ask that a general congress of women without limit of nationality may be appointed and held at some place deemed most convenient and at the earliest period consistent with its objects, to promote the alliance of the different nationalities, the amicable settlement of international questions and the great and general interests of peace.

Dr. Kohls is a retired physician from the Duluth, Minnesota, who writes about issues of war, peace and mental health.