Slashing the U.S. nuclear stockpile and still having plenty of bombs left over for “deterrence” would represent a huge saving to the American taxpayers and could help leverage more cooperation on nuclear proliferation in other countries, writes ex-CIA analyst Melvin A. Goodman.

The nuclear imbroglio with North Korea has cooled off considerably, and the nuclear issues with Iran remain on the back burner. At home, however, there is a new nuclear concern that involves the removal in April of 17 Air Force officers assigned to stand watch over nuclear-tipped Minuteman missiles at Minot Air Force Base in North Dakota.

In a blunt memorandum, the deputy commander of the missile unit described a “crisis” that involved “rot in the crew force.” In view of the lack of career opportunities for Air Force officers in the missile field, it should not be surprising that there has been loss of discipline, sloppy performance, and even the intentional violation of nuclear safety rules. 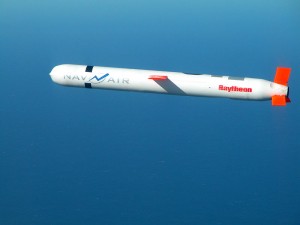 This incident raises serious questions about the need for the intense alert status at the missile base where two officers are on constant alert at all times inside an underground launching control center, ready to launch an intercontinental ballistic missile (ICBM) upon presidential order.

Since it is impossible to imagine any foreign policy objectives that would be served by launching these missiles and, moreover, impossible to calculate the level of fatalities and devastation that would accompany a nuclear attack at any level, it is certainly past time for the nuclear powers, including the United States, to surrender the overwhelming majority of their nuclear weapons.

In order to stop nuclear proliferation and reduce the risk of any use of nuclear weapons, the United States must examine its own nuclear inventory and find a way to reduce its nuclear forces.

One of the best-kept defense secrets of the past 60 years has been the high cost of producing and maintaining nuclear weapons, somewhere between $5 trillion to $6 trillion, which represents one-fourth of overall defense spending. The total is roughly equivalent to the total budget spent on the Army or the Navy since World War II. The staggering cost of maintaining bloated nuclear programs over the next decade will amount to $600 billion.

When the United States initially began to develop and deploy nuclear weapons, the military-industrial complex stressed that the huge investment in nuclear systems would be an overall savings because it would allow for a smaller army and navy.

The United States has built more than 70,000 nuclear weapons since the end of World War II and, at the arsenal’s peak in 1967, there were more than 32,000 weapons in the stockpile. Even in the post-Cold War era, the cost of maintaining and deploying nuclear weapons is more than $25 billion a year. Contrary to the military’s promise, our army and navy have gotten costlier for taxpayers.

Two decades after the end of the Cold War, the United States still has 2,500 deployed nuclear weapons as well as 2,600 nuclear weapons in reserve, along with thousands of warheads in its inventory.

The current fleet of 14 nuclear-armed submarines could be cut in half, which would still leave the United States with 875 nuclear warheads at sea. An end to production of the D5 SLBM and the retirement of hundreds of Minuteman ICBM missiles would bring huge savings in operating and maintenance costs.

If the United States reduced its intercontinental ballistic missiles from 500 to 300, it would save $80 billion over the next ten years. Sen. Tom Coburn, R-Oklahoma, supports such reductions as well as delaying the purchase of additional strategic bombers for another decade.

In July 2011, General James Cartwright, then deputy chairman of the Joint Chiefs of Staff, favored reassessing the role of nuclear weapons in today’s international environment. President Barack Obama wanted to appoint General Cartwright as chairman of the JCS, but then-Defense Secretary Robert Gates blocked the appointment and lobbied successfully to be succeeded by then-CIA Director Leon Panetta, who opposed nuclear reductions.

Fortunately, current Defense Secretary Chuck Hagel has ordered a review of all U.S. forces in order to find areas for reductions and savings. The United States and its allies have thus far not found a negotiating card for controlling the nuclear programs in Iran and North Korea, but the Obama administration could easily find reductions in the U.S. strategic arsenal either unilaterally or bilaterally with Russia.

This could lead to negotiations with other key nuclear powers (China, Britain, and France) for reductions in their nuclear inventories. U.S. and Russian reductions as well as U.S. participation in the Comprehensive Test Ban Treaty could be used to enlist India and Pakistan in the Non-Proliferation Treaty.

It has been largely forgotten that 27 years ago, President Ronald Reagan and Soviet President Mikhail Gorbachev came very close to abolishing their nuclear inventory at their summit in Reykjavik, Iceland. President Reagan was unwilling to abandon his Strategic Defense Initiative, which President George W. Bush actually began to deploy ten years ago.

Today, a majority of former secretaries of state and defense, both Republicans and Democrats, including George Shultz, William Perry and Henry Kissinger, support a world free of nuclear weapons, and a remarkable number of new government and civil panels have embraced the goal of a world without nuclear weapons.

President Obama supported this goal in a speech in Europe in April 2009, but he has given no indication of a willingness to accept any political risk in exchange for nuclear peace and no endorsement of President Dwight D. Eisenhower’s pledge to rule out waging nuclear war against non-nuclear states.

Despite the end of the Cold War two decades ago and the realization of the illusion of “limited” nuclear war or the suicidal aspects of “mutual assured destruction,” there is still no comprehensive approach toward nuclear disarmament.

Melvin A. Goodman, a former CIA analyst and professor of international security at the National War College, is the author of National Insecurity: The Cost of American Militarism. [A version of this article previously appeared at Counterpunch and is re-posted with the approval of the author.]