Exclusive: Rich right-wingers, including the Koch Brothers and Rupert Murdoch, are eying the purchase of the Los Angeles Times and other major regional newspapers to create an even bigger platform for their propaganda, a media strategy that dates back several decades, as Robert Parry explains.

The U.S. news media was never “liberal.” At most, you could say there were periods in the not-too-distant past when the major newspapers did a better job of getting the facts straight. There also was an “underground” press which published some scoops that the mainstream media avoided.

So, reporters revealed the evils of racial segregation in the 1950s and 1960s; war correspondents exposed some of the cruel violence of the Vietnam War in the late 1960s; major newspapers defied the U.S. government in printing the leaked history of that war in 1971; the Washington Post uncovered some (though clearly not all) of Richard Nixon’s political crimes in 1972-74; and the New York Times led the way in publicizing some of the CIA’s dirty history in the mid-1970s. 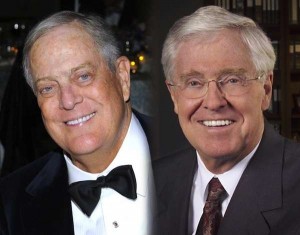 While such work surely offended the Right and many parts of the Establishment, the stories had a common element: they were true. They were not, in that sense, “liberal” or “conservative” or “centrist.” They were simply accurate and they helped spur America’s other democratic institutions to life, from protests in the streets to pressures on the courts to citizens lobbying government officials.

It was that resurgence of participatory democracy that was the real fear for those who held entrenched power, whether in the segregationist South or inside the wood-paneled rooms of Wall Street banks and big corporations. Thus, there developed a powerful pushback that sought to both hold the line on additional (and possibly even more damaging) disclosures of wrongdoing and to reassert control of the channels of information that influenced how the American people saw the world.

In that context, one of the most effective propaganda strategies was to brand honest journalism as “liberal” and to smear honest journalists as “anti-American.” That way many Americans would doubt the accurate information that they were hearing and discard many real facts as bias.

As a journalist for the Associated Press and Newsweek in the 1980s, I encountered these hardball tactics while covering the Reagan administration as it sought to manage the perceptions of the American people mostly by hyping external threats (from Managua to Moscow) and demonizing some internal groups (from “welfare queens” to labor unions).

Reagan’s men described one of their central goals as “kicking the Vietnam Syndrome,” that is, the resistance among the American people to be drawn into another overseas conflict based on deceptions.

But the key to their success was to gain control of as much of the U.S. news media as possible through direct ownership by like-minded right-wingers or by appeals to senior news executives to adopt a more “patriotic” posture or by intimidation of those who wouldn’t toe the line.

The tactics worked like a charm and were aided by a simultaneous shift on the Left toward selling  off or shutting down much of the Vietnam-era “underground” press and instead concentrating on local organizing around local issues, “think globally, act locally,” as the slogan went.

This combination of factors essentially gave the Right and conservative elements of the Establishment dominance of the news. Like an army that controlled the skies, it could fly out and carpet-bomb pretty much anyone who got in the way, whether a politician, a journalist or a citizen. No truth-teller was safe from sudden obliteration.

The Right’s success could be measured at different mileposts in the process, such as the Republican containment of the Iran-Contra scandal in 1987 and President George H.W. Bush’s pronouncement after crushing the out-matched Iraqi army in 1991 that “we’ve kicked the Vietnam Syndrome once and for all.”

This new media reality as it expanded through the 1990s and into the new century meant that the Right could put nearly any propaganda theme into play and count on millions of Americans buying it. Thus, President George W. Bush could make up excuses to invade Iraq in 2003 and face shockingly little media resistance.

Eventually a few voices emerged on the Internet and at some lower-rung news outlets to challenge Bush’s case for war but they could be easily discredited or ignored. It took Bush’s disastrous handling of the Iraq War and other domestic and foreign crises to finally put a wrench in this right-wing propaganda machine.

However, the overall dynamic hasn’t changed. Yes, MSNBC after failing in its attempt to be as right-wing as Fox News veered leftward and found some ratings success in offering “liberal” assessments on domestic politics (though still avoiding any serious challenge to the Establishment’s views on foreign policy).

There also are some feisty Internet sites that do challenge the conventional wisdom in support of U.S. interventionism abroad, but nearly all are severely underfunded and have limited reach into the broad American population.

And, the likelihood now is that the Right will consolidate its dominance of the U.S. news media in the years ahead. In the very near future, some of the country’s most prominent regional newspapers may fall under the control of right-wing ideologues like Rupert Murdoch or the Koch Brothers.

Koch Industries, a privately owned oil and gas giant which has provided the means for Charles and David Koch to lavishly fund libertarian think tanks and Tea Party organizations, is now exploring a bid to buy the Tribune Company’s eight regional newspapers, including the Los Angeles Times, the Baltimore Sun, the Orlando Sentinel, the Hartford Courant and the Chicago Tribune, according to a report in the New York Times last Sunday.

By buying the Tribune newspapers, the Koch Brothers would give themselves another strong platform for delivering volleys of right-wing propaganda and wreaking havoc on political adversaries. I remember in my days covering Capitol Hill being told that what a congressman fears most is the determined opposition of the hometown newspaper.

Another expected bidder, at least for the Los Angeles Times, is media mogul Rupert Murdoch, who already owns Fox News and powerful newspapers in the United Kingdom and the United States, including the Wall Street Journal.

On the other side of the bidding are some liberal-oriented businessmen eying the Los Angeles Times, but it is not clear if they can compete with the fat wallets of the Koch Brothers and Murdoch. The New York Times reported that Koch Industries might have an edge in the competition because it would take over all eight newspapers at once.

Some on the Left mock the idea of investing in the “dinosaur” industry of newspaper publishing and question the value of owning even some of these prestigious names in American journalism. It is certainly true that those newspapers have declined in recent years due to poor management and shifts in advertising dollars.

But they still influence how people in those metropolitan areas learn about the world. The newspapers also help set the news agenda for local TV stations and bloggers. The Baltimore Sun, for instance, produced some of the most important reporting on the Reagan administration’s human rights crimes in Central America, as well as publishing groundbreaking stories about domestic spying under George W. Bush.

Yes, some of these newspapers have disgraced themselves in recent decades, such as the Los Angeles Times’ shameful attacks on journalist Gary Webb after he revived the Reagan administration’s Contra-cocaine scandal in the late 1990s. [See Robert Parry’s Lost History.]

But Internet sites even ones like Consortiumnews.com with a strong interest in doing investigative journalism lack the financial resources and the editorial support to carry out those kinds of costly investigative projects, at least with any regularity.

Without major investments by honest Americans in honest journalism whether the Old Media of print or the New Media of electronics the United States will continue to drift into a made-up world of right-wing paranoia and pretend facts. And that is a danger for the entire planet.