The revelation that the family of the two suspects in the Boston Marathon bombings was from Chechnya prompted new speculation about the attack as Islamic terrorism. Less discussed was the history of U.S. neocons supporting Chechen terrorists as a strategy to weaken Russia, as ex-FBI agent Coleen Rowley recalls.

I almost choked on my coffee listening to neoconservative Rudy Giuliani pompously claim on national TV that he was surprised about any Chechens being responsible for the Boston Marathon bombings because he’s never seen any indication that Chechen extremists harbored animosity toward the U.S.; Guiliani thought they were only focused on Russia.

Giuliani knows full well how the Chechen “terrorists” proved useful to the U.S. in keeping pressure on the Russians, much as the Afghan mujahedeen were used in the anti-Soviet war in Afghanistan from 1980 to 1989. In fact, many neocons signed up as Chechnya’s “friends,” including former CIA Director James Woolsey. 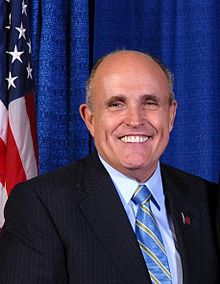 For instance, see this 2004 article in the UK Guardian, entitled, “The Chechens’ American friends: The Washington neocons’ commitment to the war on terror evaporates in Chechnya, whose cause they have made their own.”

Author John Laughland wrote: “the leading group which pleads the Chechen cause is the American Committee for Peace in Chechnya (ACPC). The list of the self-styled ‘distinguished Americans’ who are its members is a roll call of the most prominent neoconservatives who so enthusiastically support the ‘war on terror.’

“They include Richard Perle, the notorious Pentagon adviser; Elliott Abrams of Iran-Contra fame; Kenneth Adelman, the former US ambassador to the UN who egged on the invasion of Iraq by predicting it would be ‘a cakewalk’; Midge Decter, biographer of Donald Rumsfeld and a director of the rightwing Heritage Foundation; Frank Gaffney of the militarist Centre for Security Policy; Bruce Jackson, former US military intelligence officer and one-time vice-president of Lockheed Martin, now president of the US Committee on Nato; Michael Ledeen of the American Enterprise Institute, a former admirer of Italian fascism and now a leading proponent of regime change in Iran; and R. James Woolsey, the former CIA director who is one of the leading cheerleaders behind George Bush’s plans to re-model the Muslim world along pro-US lines.”

The ACPC later sanitized “Chechnya” to “Caucasus” so it’s rebranded itself as the “American Committee for Peace in the Caucasus.”

Of course, Giuliani also just happens to be one of several neocons and corrupt politicians who took hundreds of thousands of dollars from MEK sources when that Iranian group was listed by the U.S. State Department as a Foreign Terrorist Organization (FTO). The money paid for these American politicians to lobby (illegally under the Patriot Act) U.S. officials to get MEK off the FTO list.

Down the Rabbit Hole

Alice in Wonderland is an understatement if you understand the full reality of what’s going on. But if you can handle going down the rabbit hole even further, check out prominent former New York Times journalist (and author of The Commission book) Phil Shenon’s discovery of the incredible “Terrible Missed Chance” a couple of years ago.

Shenon’s discovery involved key information that the FBI and the entire “intelligence” community mishandled and covered up, not only before 9/11 but for a decade afterward. And it also related to the exact point of my 2002 “whistleblower memo” that led to the post 9/11 DOJ-Inspector General investigation about FBI failures and also partially helped launch the 9/11 Commission investigation.

But still the full truth did not come out, even after Shenon’s blockbuster discovery in 2011 of the April 2001 memo linking the main Chechen leader Ibn al Khattab to Osama bin Laden. The buried April 2001 memo had been addressed to FBI Director Louis Freeh (another illegal recipient of MEK money, by the way!) and also to eight of the FBI’s top counter-terrorism officials.

Similar memos must have been widely shared with all U.S. intelligence in April 2001. Within days of terrorist suspect Zaccarias Moussaoui’s arrest in Minnesota on Aug. 16, 2001, French intelligence confirmed that Moussaoui had been fighting under and recruiting for Ibn al-Khattab, raising concerns about Moussaoui’s flight training.

Yet FBI Headquarters officials balked at allowing a search of his laptop and other property, still refusing to recognize that: 1) the Chechen separatists were themselves a “terrorist group” for purposes of the Foreign Intelligence Surveillance Act’s (FISA) legal requirement of acting “on behalf of a foreign power” and 2) that Moussaoui’s link to Ibn al Khattab inherently then linked him to bin Laden’s well-recognized Al Qaeda group for purposes of FISA (the point in my memo).

This all occurred during the same time that CIA Director George Tenet and other counter-terrorism officials, and don’t forget that Tenet was apprised of the information about Moussaoui’s arrest around Aug. 24, 2001, told us their “hair was on fire” over the prospect of a major terrorist attack and “the system was blinking red.”

The post 9/11 investigations launched as a result of my 2002 “whistleblower memo” did conclude that a major mistake, which could have prevented or reduced 9/11, was the lack of recognition of al Khattab’s Chechen fighters as a “terrorist group” for purposes of FISA.

As far as I know, the several top FBI officials, who were the named recipients of the April 2001 intelligence memo entitled “Bin Laden/Ibn Khattab Threat Reporting” establishing how the two leaders were “heavily entwined,” brushed it off by mostly denying they had read the April 2001 memo (which explains why the memo had to be covered up as they attempted to cover up other embarrassing info).

There are other theories, of course, as to why U.S. officials could not understand or grasp this “terrorist link.” These involve the U.S.’s constant operating of “friendly terrorists,” perhaps even al Khattab himself (and/or those around him), on and off, opportunistically, for periods of time to go against “enemy” nations, i.e., the Soviet Union, and regimes we don’t’ like.

But officials can get confused when their former covert “assets” turn into enemies themselves. That’s what has happened with al-Qaeda-linked jihadists in Libya and Syria, fighters who the U.S. government favored in their efforts to topple the Qaddafi and Assad regimes, respectively. These extremists are prone to turn against their American arms suppliers and handlers once the common enemy is defeated.

The same MO exists with the U.S. and Israel currently collaborating with the Iranian MEK terrorists who have committed assassinations inside Iran. The U.S. government has recently shifted the MEK terrorists from the ranks of “bad” to “good” terrorists as part of a broader campaign to undermine the Iranian government. For details, see “Our (New) Terrorists, the MEK: Have We Seen This Movie Before?”

Giuliani and his ilk engage, behind the scenes, in all these insidious operations but then blithely turn to the cameras to spew their hypocritical propaganda fueling the counterproductive “war on terror” for public consumption, when that serves their interests. Maybe this explains Giuliani’s amazement (or feigned ignorance) on Friday morning after the discovery that the family of the alleged Boston Marathon bombers was from Chechnya.

My observations are not meant to be a direct comment about the motivations of the two Boston bombing suspects whose thinking remains unclear. It’s still very premature and counterproductive to speculate on their motives.

But the lies and disinformation that go into the confusing and ever-morphing notion of “terrorism” result from the U.S. Military Industrial Complex (and its little brother, the “National Security Surveillance Complex”) and their need to control the mainstream media’s framing of the story.

So, a simplistic narrative/myth is put forth to sustain U.S. wars. From time to time, those details need to be reworked and some of the facts “forgotten” to maintain the storyline about bad terrorists “who hate the U.S.” when, in reality, the U.S. Government may have nurtured the same forces as “freedom fighters” against various “enemies.”

The bottom line is to never forget that “a poor man’s war is terrorism while a rich man’s terrorism is war” and sometimes those lines cross for the purposes of big-power politics. War and terrorism seem to work in sync that way.

Coleen Rowley is a retired FBI agent and former chief division counsel in Minneapolis. She’s now a dedicated peace and justice activist and board member of the Women Against Military Madness.

49 comments for “Chechen Terrorists and the Neocons”