Exclusive: Just a few months after 20 first-graders were mowed down by a deranged killer wielding an assault rifle, the prospects of restraining this gun madness are fading. A major factor is the Right’s success in promulgating a bogus history of what the Framers were doing with the Second Amendment, writes Robert Parry.

Their sloppy history might not be a matter of particular concern if the consequences weren’t so severe, such as how it has frustrated common-sense gun control by promoting a false interpretation of the Second Amendment that the Framers wrote it because they wanted individual Americans to be heavily armed so they could kill representatives of the U.S. government. 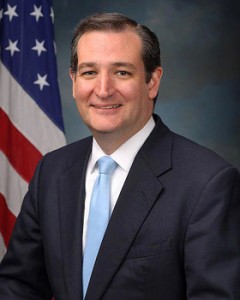 A common view on the Right and among a few on the Left is that the Framers, having emerged from a war against the British Crown, wanted to arm the American people so they could battle the “tyranny” of their own Republic. This wacky interpretation has fed an insurrectionist mood in some circles, where these modern extremists assert that the elected government of the United States must be resisted through violence and that no limits on gun ownership can be tolerated, that citizens must be armed to a level comparable to the government’s police and military.

It doesn’t seem to matter that George Washington, James Madison, Alexander Hamilton and other key Framers considered the creation of a Republic led by elected leaders to be the best protection against “tyranny” and that the Constitution’s intricate system of checks and balances would further shield the country from the possibility of tyrannical leadership.

To the Framers, American liberty was not dependent on having a discontented minority of citizens shooting the representatives of a majority of the people, which has become today’s twisted view of the American Right. Liberty was dependent on the rule of law and the wisdom of the electorate, though the Framers’ idea of liberty was selective, excluding African-American slaves, Native Americans, women and other groups.

These Framers and the first Congresses enacted laws for arming white military-aged men in “well-regulated” militias not so they could fight the government but so they could defend the young nation’s security, including putting down armed insurrections. Yet, whenever anyone tries to explain this obvious history, there comes a flood of e-mails and comments citing some inflammatory remarks by Thomas Jefferson or some other cherry-picked quotes.

While Jefferson was in Paris, the actual Framers of the Constitution, especially Washington and Madison, led the national effort to confront the failure of the Articles of Confederation, which governed the nation from 1777-1787. The Articles had made the 13 original states “sovereign” and “independent” and had marginalized the central government as not even a government but a “league of friendship.”

Washington and Madison were what you might call “pragmatic nationalists.” They were profoundly afraid that the hard-won independence of the United States and the dreams of having a free country governed by the people, not a king, were threatened by the nation’s fragmentation under the Articles of Confederation.

Those fears were both economic and military. Washington and Madison believed that a strong central government was necessary to build the young country that needed roads and canals to connect the states and permit the development of the interior. With Washington’s support, Madison had proposed an amendment to the Articles of Confederation that would have put national commerce under the control of federal authorities, but his amendment was blocked in the Virginia legislature. [See Robert Parry’s America’s Stolen Narrative.]

Washington and Madison also worried about violent disorders, such as the Shays Rebellion that rocked western Massachusetts in 1786 and early 1787. The weak central government was incapable of putting down the revolt or defending the nation’s security. Washington fretted that the British might be behind the uprising.

So, with Washington as the presiding officer and Madison serving as the chief architect, a new Constitution was drafted in Philadelphia in 1787 transferring sovereignty from the 13 original states to “We the People of the United States.” Among other expanded powers, the central government was given the authority to regulate national commerce and federal authorities took on the responsibility to protect the security of the country and the states. Federal law was made supreme.

The Framers also made clear what they thought should happen to people who took up arms against the Republic. Article IV, Section 4 committed the federal government to protect each state from not only invasion but “domestic Violence,” and treason is defined in the Constitution as “levying war against” the United States as well as giving “Aid and Comfort” to the enemy (Article III, Section 3).

However, the Constitution wasn’t embraced with enthusiasm by some prominent Americans, including important Revolutionary War leaders such as Virginia’s former Gov. Patrick Henry. These Anti-Federalists objected to the surrender of so much authority by the states. Others, such as northern Virginia’s George Mason, insisted on the inclusion of protections of individual rights.

So, as part of a compromise to win ratification of the Constitution, Madison promised to incorporate a Bill of Rights, which included specific protections for the states and for individual citizens. The Second Amendment was added primarily as a concession to the states, explaining its preamble. The amendment read: “A well-regulated Militia, being necessary to the security of a free State, the right of the people to keep and bear arms, shall not be infringed.”

The reason for the right to “bear arms” was to have citizens who could fill the ranks of “a well-regulated Militia” for the purpose of maintaining “the security” of the states and country. Indeed, the key words for understanding the Framers’ intent are “militia” and “security.” This was never intended as a “libertarian” right to wield whatever weapon someone might wish to own for the purpose of insurrection. Instead, it was meant to support “a well-regulated Militia” responsible for ensuring the “security of a free State.”

Yet, the words of the preamble routinely disappear whenever Tea Partiers or Libertarians spout off about the Second Amendment. For instance, when Tea Party favorite Sen. Ted Cruz lectured Sen. Dianne Feinstein about the Second Amendment, he distorted the 26-word amendment by cutting off the first 12 words, all the better to confuse the true-believers in the Right’s faux history of the United States. The Texas Republican apparently couldn’t bring himself to say the words, “A well-regulated Militia, being necessary to the security of a free State ”

The struggle to distort the meaning of the Constitution and the Bill of Rights began almost as soon as the two documents were ratified. Though the Anti-Federalists lost the political battle to block the Constitution, they never relented on their determination to reestablish the lost “sovereignty” of the states.

Over the next two-plus centuries, forces that were pro-slavery, pro-corporate or pro-segregationist have sought to dial back the Constitution’s expansion of federal power every time the nation has moved toward a more progressive recognition of human rights. Over the last few decades, the Reagan Revolution succeeded in building a right-wing majority on the U.S. Supreme Court and those five Republicans have essentially rewritten the Constitution in many ways, including changing the traditional interpretation of the Second Amendment.

In 2008, the five right-wing justices threw out the old view of a collective right for the states to maintain militias (or National Guards) and replaced it with a new interpretation asserting a limited individual right to possess a firearm outside the context of a militia. It’s true that even that radical change by the right-wing majority of the Supreme Court detected only a very limited right to own a gun for protection of one’s home while respecting the countervailing needs of a society to impose reasonable restrictions for public safety.

However, within today’s era of Tea Party madness, the narrow Supreme Court ruling has taken on a much-broader life of its own. It has encouraged new insurrectionist fantasies among some extremists to the detriment of the lives of thousands of Americans whose lives, whose liberties and whose pursuits of happiness have been cut horribly short by gun violence, including those 20 first-graders in Newtown, Connecticut.