Neocons who played key roles in the Iraq War  like Douglas Feith and Stephen Hadley are using the tenth anniversary to continue lying about why the invasion was ordered in the first place. Thus, they are still avoiding an examination of how the U.S. lurched into the disaster, says ex-CIA analyst Paul R. Pillar.

Documentaries, commentaries and forums marking the ten-year anniversary of the beginning of the Iraq War have been so numerous that they already have become tiresome, even though the actual anniversary of the invasion is not until next Tuesday. The repetition would nonetheless be worthwhile if it helped to inculcate and to reinforce lessons that might reduce the chance that a debacle comparable to the Iraq War will itself be repeated.

Maybe some such positive reinforcement will occur, but a problem is that the anniversary retrospectives also give renewed exposure to those who promoted the war and have a large stake in still promoting the idea that they were not responsible for foisting on the nation an expedition that was so hugely damaging to American interests. 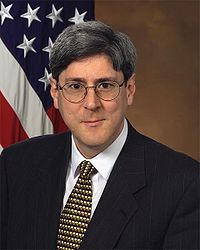 I participated in one anniversary event earlier this week: a loosely structured on-the-record discussion, organized by the Rand Corporation and the publishers of Foreign Policy, involving about 20 people who had something to do with the Iraq War, whether it was starting it, fighting it, or writing about it.

The session had the admirable stated purpose of extracting lessons for the future rather than merely repeating old debates from the past. But a clear pattern throughout the event was that ten years have not diluted the house line of those most directly involved in promoting the war, including among others then-deputy national security adviser Stephen Hadley and Douglas Feith, who as an undersecretary of defense was one of the most rabid of the war promoters.

Not only did they give no hint of acknowledgment that this war of choice (and Hadley refused to accept even that characterization) was one of the worst and most inexcusable blunders in the history of U.S. foreign policy. They also stuck to the line that if there was any mistake in the origin of the war it was solely a matter of “bad intelligence” and that the only “lessons” to be learned were to distrust intelligence more or ask tougher questions about it.

Intelligence did not drive or guide the decision to invade Iraq, not by a long shot, despite the aggressive use by the Bush administration of cherry-picked fragments of intelligence reporting in its public sales campaign for the war. Multiple realities confirm this observation. I have addressed them in detail elsewhere, but it would be useful to mention briefly the main ones.

The neoconservative champions of the war were publicly pushing for the use of military force to overthrow Saddam Hussein even in the 1990s, when they were out of power. Once they were in power in the Bush administration, the intelligence community was not saying to them anything about Iraqi weapons programs that was remotely close to an expression of alarm about such programs, much less a reason to go to war.

In its public assessments and (as investigative journalists such as Bob Woodward have reported) in closed ones as well, George Tenet and the community barely even mentioned the subject as being worthy of the policy-makers’ attention. Consistent with such assessments, Secretary of State Colin Powell was saying publicly in the first year of the Bush administration that Saddam Hussein was well contained and that whatever he might be trying to do with unconventional weapons, he wasn’t having much success.

It was only after the 9/11 terrorist attack drastically changed the mood of the American public and thereby created for the first time the domestic political base for the neocons to realize their regime-changing dream that the administration turned Iraqi weapons programs into a war-justifying rationale.

In rare unguarded comments, some promoters of the war let slip that this is how they were using the issue. Feith and Paul Wolfowitz each later admitted that the weapons of mass destruction issue was a convenient public selling point, not the reason the war was being launched in the first place.

Policy-makers in the administration showed no interest at all in the intelligence community’s judgments about Iraq, regarding weapons programs or anything else, despite the assiduousness with which they exploited the fragments of reporting that could be woven into their public sales campaign. The administration did not ask for the infamously flawed intelligence estimate about Iraqi unconventional weapons programs, Democrats in Congress did.

Even that estimate did not support the war-making case. Among other things it contained the judgment that if Saddam did have any of those feared weapons of mass destruction he was unlikely to use them against U.S. interests or to give them to terrorists, except in the extreme case in which his country was invaded and his regime about to be overthrown.

If this judgment had a policy implication it was not to launch the war. The judgment directly contradicted, but did nothing to slow down, the administration’s steady stream of scary rhetoric about how in the absence of a war Saddam could give weapons of mass destruction to terrorist groups.

Even if everything in the intelligence assessments about Iraqi weapons were true, this would not have constituted a case for launching an offensive war any more than it would have with China, North Korea, Pakistan, the Soviet Union or any other country which has developed nuclear weapons. This is indicated by the fact that even many people, both in the United States and abroad, who accepted the belief about Iraqi weapons of mass destruction nonetheless opposed the war.

Intelligence assessments on other aspects of Iraq constituted even less of a case for the war. In fact, some of the most important intelligence judgments were so contrary to the administration’s pro-war case that the war promoters, far from being guided by those judgments, put considerable effort into trying to discredit them. (That’s what the effort in the Vice President’s office that led to the criminal case against Lewis Libby was all about.)

This was especially true of the intelligence community’s judgments about terrorist connections, which contradicted the administration’s phantasmagorical assertions about an “alliance” between Saddam’s regime and al-Qaeda. It was also true of the community’s judgments, which turned out to be much more relevant to the painful experience that the Iraq War became than were any judgments about weapons of mass destruction, about the political, security and economic mess in Iraq that was likely to follow overthrow of the regime.

The story of the United States getting into the Iraq War was, of course, not just one of what led the war’s promoters to seek a war but also of how they were able to get enough other Americans to go along for the ride. But despite how much many of those other Americans, including ones in Congress who voted in favor of the war, said they hinged their position on judgments about Iraqi weapons, intelligence did not drive or guide that part of the process either.

Only a very few members of Congress bothered even to look at the infamous intelligence estimate on the subject. One of the few who did, Bob Graham, then chairman of the Senate Intelligence Committee, later said his reading showed to him that the intelligence judgments were not at all the same as what the administration was saying in its sales campaign. That inconsistency was one of the reasons he voted against the war resolution.

One can also do a thought experiment by imagining how events might or might not have been different if the intelligence work on this subject had been absolutely perfect. (That is well beyond the reach of even the most magnificent intelligence service, but it can serve as an imaginary reference point.)

“Perfect” in this case could be equated with what was in the exhaustive post-invasion report later compiled based on exploiting all the on-the-ground evidence that had been unavailable to analysts before the war. That product, known as the Duelfer report after the officer who was in charge of most of its preparation, concluded that Saddam intended to reactivate his nuclear and other unconventional weapons programs once he got out from under the already-weakening international sanctions.

And yet, despite the voluminous record that bad intelligence was not why the United States went to war in Iraq, the myth that it was persists partly because the war promoters also keep promoting the myth.

The event in which I participated this week demonstrates this hazard of the ten-year anniversary happenings. An early write-up of the event correctly notes that there were “sharp exchanges” on this and other questions, but on this question only quotes the side of the exchange that came from Hadley and Feith.

If one wants to learn valid lessons from what happened ten years ago, the process back then was so pathological that many specific lessons about what to avoid in the future could be extracted. Many of those lessons could be subsumed into one observation: extraordinary as it may seem, there was no policy process at all, no options paper, no meeting in the White House Situation Room or anything else, that addressed whether going to war against Iraq was a good idea.

So it was not only the intelligence community but also other sources of information and insight, inside and outside government, that were shut out from having any impact on the decision to launch the war. Hadley denied this observation, too, muttering something about needing to keep things close-hold so as not to jeopardize the “diplomatic process.”

That just raises another myth, that the administration was trying to solve a problem through diplomacy before resorting to force, that also is belied by a substantial record, leading up to the final days in which the United States kicked international arms inspectors out of Iraq and in effect said “never mind that we didn’t get another UN resolution, we’re going to war anyway.”

What pretended to be interest in diplomacy was a charade intended mainly to placate Colin Powell and the British.

← Bureaucracy v. Bradley Manning
Evita, the Swiss and the Nazis →

7 comments for “Still Evading the Truth of Iraq War”