Sometimes the common man, or not so common man, such as basketball Hall of Famer Dennis Rodman, can teach elite media, politicians, and diplomats a thing or two.

The media largely billed Rodman’s visit to North Korea to see its young leader as “bizarre,” or “the weirdest encounter.” They also deemed “disastrous” his interview on ABC’s “This Week with George Stephanopoulos” after he got home. Apparently, Rodman’s agents agreed with the latter characterization and cancelled further television interviews after the appearance with Stephanopoulos. 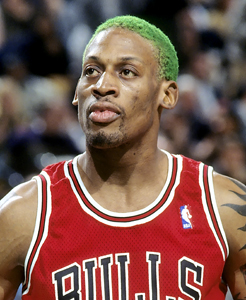 It’s true that Rodman is not a slick media performer; it is also a fact that, as Stephanopoulos pointed out ad nauseam, Kim Jong Un is an odious dictator who commits gross human rights violations, operates prison camps, has policies that result in his people’s starvation, and yes, as Stephanopoulos implied, probably has had people murdered.

Yet in Rodman’s unpolished answers to Stephanopoulos’s interrogation about why the former basketball star would visit such an evil man, there can be found some gems of wisdom of which Americans should take note.

America’s leaders Democrat or Republican like to personalize conflicts with countries that don’t see eye to eye with U.S. policy by demonizing their leaders. Remember Saddam Hussein of Iraq, Manuel Noriega of Panama, Muammar Qaddafi of Libya, Slobodan Milosevic of Serbia, and Salvador Allende in Chile, just to name a few.

When U.S. leaders demonize a foreign leader, who is usually from a weak, developing country (notice this isn’t done with leaders of powerful adversaries, such as China or the Soviet Union), it is only a matter of time before the United States removes him from power. The impetus of prior demonization is so great that even if the branded leader flip-flops and begins cooperating with the United States, such as Qaddafi, the motivation is still there to take him out.

Iran’s Ayatollah Ali Khamenei and North Korea’s leaders, Kim Il Sung, Kim Jong Il, and now Kim Jong Un, have been so demonized for working on nuclear and missile programs and engaging in threatening rhetoric. As a result, these countries have been isolated using American threats and U.S.-led international sanctions.

Rodman raised the hackles of U.S. leaders, diplomats, and the media by having the gall to break the isolation against the demonized North Korean leader. Thus, Rodman’s visit was portrayed implicitly as “unpatriotic.”

For example, Stephanopoulos asked Rodman if his failing to challenge Kim Jong Un on North Korea’s human rights record didn’t make him appear to be propping up the dictatorial regime. Rodman is a private citizen, for god’s sake, engaged only in a “basketball tourism” trip! (Disclaimer: On my two trips to Ukraine, I also failed to denounce the regime there for undermining democracy.)

Also, a short while ago, the State Department frowned on the visit of former Governor Bill Richardson and Eric Schmidt, Executive Chairman of Google. Apparently, nothing should break the hermetic seal of the U.S. government’s virtual quarantine of North Korea.

In his comments on “This Week,” however, Rodman dared to implicitly raise questions about the isolation policy. Rodman acknowledged that Kim Jong Un loves power and control, but said he offered Kim some advice for future talks with President Obama “[Kim] loves basketball. And I said the same thing, I said, ‘Obama loves basketball.’ Let’s start there.” The Washington establishment, of course, rolled their eyes at the flamboyant former basketball player’s naivete when cavorting with a known “monster.”

Instead, Rodman’s visit should begin to raise the American people’s eyebrows about an isolation policy that has been a dismal failure. North Korea just keeps testing nuclear devices and missiles and engaging in overheated rhetoric against the United States. Furthermore, economically strangling North Korea merely makes it desperate and dangerously more prone to sell nuclear and missile technology around the world.

After leaders or countries are demonized, it becomes impossible for U.S. government policymakers to believe that such countries, even though they are harsh dictatorships, may actually have legitimate security concerns. In the case of North Korea, these concerns are simply deemed “paranoia.” In other words, often-sanctimonious American foreign policy takes for granted that an internally repressive regime will be externally aggressive, which is not so but can be self-fulfilling. In short, the United States has to learn to tolerate and work with countries that don’t match U.S. standards of democracy and human rights.

The world’s only superpower, which has an overextended defense perimeter that provides an umbrella over the now wealthy South Korea (which has 30 to 40 times the GDP of the destitute North), has troops in the South and regularly conducts joint military exercises with that country.

Realizing that the United States has been the most interventionist nation in the post-World War II period and after the U.S. overthrow of the aforementioned dictators, none of whom had nuclear weapons, it doesn’t seem ridiculous that North Korea would want to get a few such weapons to threaten the United States, so as to keep it from suffering the same fate. Yet despite all the blustering North Korean rhetoric, perhaps porcupine-like, Rodman reported that Kim said he wanted no war with the United States.

And what of Stephanopoulos’s other indignant observations about North Korea? When he challenged Rodman about North Korea’s prison camps, Rodman made the seemingly outrageous assertion that the U.S. had them too. Although North Korean prison camps are much worse than U.S. prisons, this is not an outrageous comment from an African-American, who might see U.S. prisons filled disproportionately with other African-Americans. Also, the United States has the highest incarceration rate in the world, and many of the people incarcerated are for there for drug transactions that shouldn’t even be illegal.

Stephanopoulos also implied that Kim Jong Un is a murderer. That is probably accurate, but the American superpower has undoubtedly killed many more people overseas in the post-World War II period than any other country on earth, including North Korea. Only a few examples are needed to make the point: The United States killed 4 million Vietnamese in the Vietnam War using carpet-bombing and chemical agents, an estimated 1.5 million in the needless U.S. invasion of Iraq, 1 million Japanese and German civilians in World War II using firebombing and atomic weapons after the war was already won, a half a million to a million Indonesians after a U.S.-sponsored coup that included U.S. intelligence fingering communists for elimination, and almost two million North Koreans in the Korean War when the United State carpet bombed the North and intentionally starved them by bombing dikes to ruin their crops. This evidence only goes to show that the U.S. government rarely looks at itself in the mirror when pillorying and pummeling foreign countries.

The United States does not need to befriend Kim Jong Un and the North Koreans, Dennis Rodman can do that. What it needs to do is disengage from the South Korean peninsula and let the now rich South Korea defend itself. North Korea will be much less prone to threaten the U.S. if it is not defending South Korea.

If the North does act up, the United States should no longer bribe it with aid in the vain hope of better behavior. Also, the United States, with the most powerful nuclear arsenal on the planet, should acknowledge that North Korea is unlikely to give up its few nuclear weapons but realize that the threat of mass obliteration will likely keep North Korea from actually firing the weapons at the United States.

Lastly, North Korea’s isolation should be ended. Counter-intuitively, the North Korean leadership probably fears this possibility the most, because new ideas creeping into the country could lead to instability or even a revolt by the populace.